Sonny Simmons made a number of striking albums in the 60's. Born in 1933, he was already a well-travelled Parkerian and a signaled innovator on the West Coast when he first came to national attention in 1963 with his debut recording “The Cry!” (with the Prince Lasha Quintet, on Contemporary), live appearances in NYC with Sonny Rollins, and sessions with Eric Dolphy (for whom he wrote the standard, “Music Matador”) and Coltrane's rhythm section (”Illumination!”, on Impulse).

Though not a die-hard avant-gardist (like Ornette Coleman and Jimmy Lyons, other alto sax luminaries from the same generation, he sticks in his own provocative way to the tradition), he was then a leading figure of the Free Jazz scene in NYC with his wife Barbara Donald, cutting legendary records for ESP in 1966, “Staying On The Watch” and “Music From The Spheres”. Back in California, he made an acclaimed appearance at the Jazz Symposyum in Berkeley (1969). He became an underground hero with the likes of Bert Wilson, James Zitro, Smiley Winters and producer James Bronson Jr. The period also provided landmark records for Arhoolie (”Manhattan Egos”) and Contemporary (”Firebirds”, “Rumasuma”, “Burning Spirits”), which met international response.

Then - nothing. Sonny Simmons suffered a spectacular eclipse during the 70's and the 80's. With the West Coast no longer providing work, family and personal problems, his career collapsed.

He ended up in the streets. Playing kept him alive, and he managed to maintain working groups throughout most of this “lost periode”, producing hours of incredible music (which are still to be released : check out the rare documented traces of this activity, “Backwoods Suite”, “Global Jungle” and the solo tour-de-force, “Jewels”, to make sure his musical powers remained untouched).

Accordingly, his come-back had to be spectacular, too. He began to build a local reputation again. Word-of-mouth, helping souls and hard work made the rest : by the time he went to Europe (1994), he had an album on Warner, “Ancient Ritual”. Actually, the title he had first choosen says it all : Reincarnation. He made a strong impression in festivals (Montreal, Moers, Willisau, Helsinki...), on record (”American Jungle”, Warner, “Judgement Day”, CIMP), appeared at the Irridium, at the Knitting Factory.

But somehow, he felt he had to bring forth something different. After a period of lesser activity (while living in France, he kept on touring, notably with Oliver Lake and Sunny Murray, but didn't record), he re-emerged in 2000 with richer, brilliant concepts.

With his alter-ego Michael Marcus, he founded the Cosmosamatics, a group with which he enjoys the greatest of achievements. Hugely popular in Europe, where they tour frequently, they have recorded seven albums (most notably for Boxholder, Soul Note and Not Two: “Zetrons”, 2005), building one of the most distinctive sound nowadays. The next album, “Free Within The Law”, is due for release on Not Two in March of 2007.

Besides, he led varied projects of his own, ranging from a classy quintet date for Marge, “Myxolydis”, to a mammoth sextet with Anthony Braxton and another group, the Renegade Society, both resurrecting the “ol' free jazz” feel. Many gems pave his new way : further solo tapestries (”Out Into The Andromeda”, “Live At Rive De Gier”), a magical evocation of the powers of eastern musical idioms (”Tales Of The Ancient East”), an up-to-date association with noise wizzard Jeff Shurdut (”The Future Is Ancient”, “Zebulon 1”), an atmospheric masterpiece full of strings, scorching alto lines and sunsets (”The Traveller”). The latter association with Jazzaway records also provided a bare-to-the-bone collection of duets, “I'll See You When You Get There”, and a lavish collaboration with the Svein Olav Herstad trio, “Live at Haugesund”.

His current projects include an association with french poet Bruno Grégoire (new album available) and a working trio based in Paris, the Triangular Force, with Gildas Scouarnec on bass and Jean-Luc Roumier on guitar. Show less 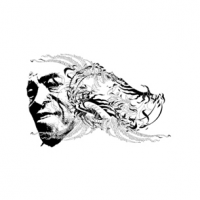 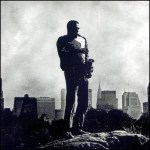 Staying on the Watch 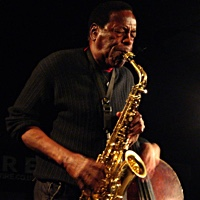 All About Jazz musician pages are maintained by musicians, publicists and trusted members like you. Interested? Tell us why you would like to improve the Sonny Simmons musician page.