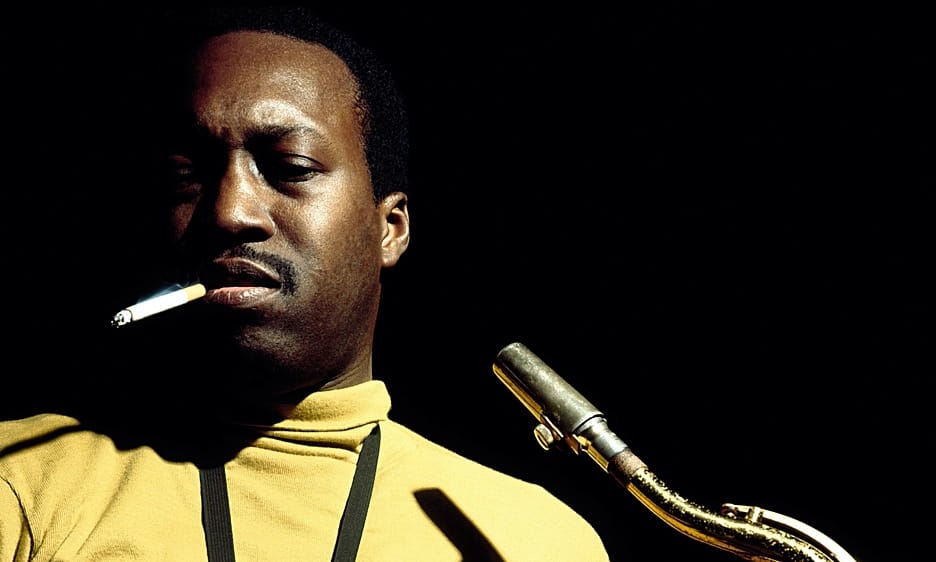 Hard bop was the jazz centre of the world from the mid 1950s to the mid 1960s, producing many hundreds of immortal albums. Trying to whittle these down to a definitive Top Ten is fun—but it is a subjective and ultimately impossible exercise.

To narrow the focus further, the list below also sticks to the straight-ahead strand of hard bop. It excludes experimental late-period works such as Grachan Moncur's Evolution, Andrew Hill's Point Of Departure, Eric Dolphy's Out To Lunch and Jackie McLean's One Step Beyond, all released on Blue Note in 1964.

So, assuming you already have the albums referred to above, here are ten more to look out for, some well known, most less so. Hopefully you will find one or two fresh delights among them. 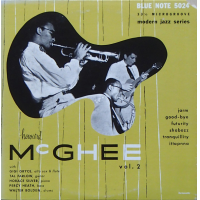 There is much argument about who made the first hard bop recording. The discussion ignores the fact that synchronicity played as big a role in the creation of the style as it has it in the birth of any cultural movement, with a community of musicians simultaneously absorbing the zeitgeist through a kind of collective osmosis. Two of the most frequently cited contenders for this dubious "first prize" are Miles Davis' All Star Sextet (Prestige) and Art Blakey's A Night At Birdland Vol. 1 (Blue Note), both recorded in spring 1954 and released around three months later. Each features Horace Silver on piano. Both were preceded by a clear twelve months by Howard McGhee's Vol. 2, however, which was recorded in spring 1953 and released about three months later. It, too, has Silver on piano. Gigi Gryce, heard on alto, wrote the arrangements, which sound as fresh in 2020 as they must have done back in 1953. The album is certainly among the earliest hard bop recordings, and through a combination of personnel, compositions, arrangements and performances it is also, indisputably, McGhee's finest album. The original 10" is as rare as they get but the good news is that Blue Note reissued it on CD in their Connoisseur series in 1998, packaged with a Tal Farlow 10" from 1954. 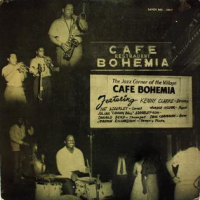 You cannot keep a good man down—Horace Silver is the pianist here, too. Other hard bop early birds present include Cannonball Adderley, Nat Adderley, Donald Byrd, Jerome Richardson and bassist Paul Chambers. In late June 1955 the Florida-based Adderleys were taking a brief vacation in New York and on the final night Cannonball sat in with Kenny Clarke's band at the Café Bohemia in Greenwich Village. So impressed was Clarke that he asked Cannonball to delay his return south by 24 hours and record this album the next day (in a studio, not at the club). Cannonball asked if Nat come could along too, and the rest, as the say.... The seven tracks include four tunes by the Adderleys, Oscar Pettiford's title track and the standards "Willow Weep For Me" and "We'll Be Together Again." 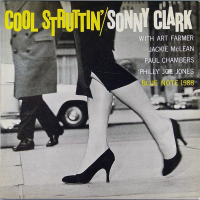 In his introduction to The Blue Note Years: The Jazz Photography Of Francis Wolff (Rizzoli, 1995), Charlie Lourie told a story from the Blue Note Festival held at the foot of Mt. Fuji in Japan in 1986, at the height of hard bop's rediscovery by a new generation of Japanese listeners. "Where else but in Japan," said Lourie, "can one see a field packed with fifteen thousand teens and twentysomethings roar with excited recognition at the first four bars of Sonny Clark's 'Cool Struttin'?" Clark's album epitomises Blue Note's hard bop aesthetic and the band is similarly totemic: Art Farmer and Jackie McLean in the front line, Paul Chambers and Philly Joe Jones creating grooves which cannot be denied. 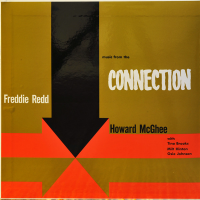 The elephant in the studio with practically every hard bop album recorded in the 1950s and early 1960s was heroin. Most if not all of the discs cited in this article included at least one habitual user in the lineup and usually more than one. On occasion the entire band was strung out. An uncomfortable truth about heroin is that it creates an extraordinary intensity of focus. Even Gil Evans, no-one's idea of a smackhead, testified to using it for that purpose while writing orchestrations in the late 1950s. Music From The Connection is no exception, including as it does Freddie Redd and Jackie McLean in the quartet which made it. The irony is that jazz-and-heroin was the subject of Jack Gelber's play The Connection. Another notorious user associated with the stage production was Tina Brooks, McLean's understudy.

Tina Brooks made four albums under his own name for Blue Note between 1958 and 1961, of which True Blue was the only one released during his lifetime. It is said that Alfred Lion was unhappy with the bands' at times borderline-ragged theme statements on the other three, which are otherwise immaculately realised. True Blue is the blinder though, with Freddie Hubbard sharing the front line. The week before it was recorded, Brooks and Hubbard had appeared together on Hubbard's Blue Note debut, Open Sesame, an equally outstanding disc. 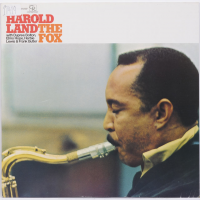 Like Tina Brooks' career, Dupree Bolton's was spectacularly destroyed by heroin. Bolton, who shares the front line with Harold Land on The Fox, was a brilliant trumpeter whose stratospheric solo on the title track is one of the greatest recorded by any jazz musician ever. Bolton lived until 1993 but he spent all but a handful of years from 1958 onwards in jail, either for heroin possession or for cheque frauds committed to fund his habit. His other enduring legacy is his appearance on Curtis Amy's Katanga! (Pacific Jazz, 1963), which like The Fox was recorded during a brief break between sentences. 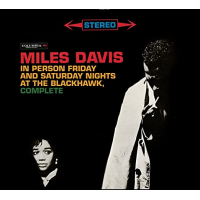 OK, it is a bit of a cheat, as this box set includes four CDs, and single disc versions have been released. But just as fans of Davis' new wave 1965—1968 quintet have to have the seven CD The Complete Live At The Plugged Nickel 1965 released by Columbia in 1995, rather than the single CD alternative, so fans of Davis the hard bopper have to have the complete Blackhawk set. The band is hard bop perfection: Davis plus Hank Mobley, Wynton Kelly, Paul Chambers and Jimmy Cobb. And the set lists are heaven, too: "If I Were A Bell," "On Green Dolphin Street," "Walkin,'" "Someday My Prince Will Come," "Autumn Leaves," "Softly As In A Morning Sunrise" and "Bye Bye Blackbird" among the selections. Davis himself regarded the band and the material as backward steps after the modal revolution he had sparked with A Kind Of Blue (Columbia, 1959), made with a lineup including John Coltrane and Bill Evans. But it was what club owners wanted to book. History is grateful. 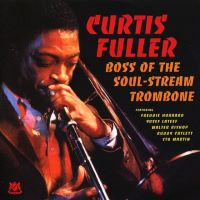 One of a handful of hard bop albums released by the shortlived New York indie Warwick, whose major earner was rock 'n' roll combo Johnny & The Hurricanes. On Boss Of The Soul-Stream Trombone, nominal leader Curtis Fuller, after J.J. Johnson the first-call trombonist on hard bop dates from John Coltrane's Blue Train (Blue Note, 1958) onwards, is reunited with Yusef Lateef for one of Lateef's rare unreconstructed hard-bop outings (another was Grant Green's Grantstand, recorded for Blue Note earlier in 1961). Fuller and Lateef had previously teamed up on Lateef's astral-jazz precursor Jazz Mood (Savoy, 1957), which also featured Ernie Farrow (the future Alice Coltrane's big brother) on Afghani rabat and double bass, and on which Fuller doubled on Turkish finger cymbals. Who would have thunk it? The main soloists on Boss Of The Soul-Stream Trombone are Lateef and Freddie Hubbard. The disc was reissued under Hubbard's name as Getting' It Together (TCB, 1985). Warwick's other claim to hard bop fame is Herbie Hancock's first album, Out Of This World, released in 1961, a year before the pianist's Blue Note debut. 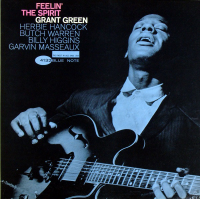 Hard bop was memorably described as "The Power Of Badness" by its biographer, the writer David H. Rosenthal, in 1992. Rosenthal had Lee Morgan particularly in mind, but he was describing the vibe of recordings such as Morgan's "The Sidewinder," not Morgan himself, who was by all accounts a sweet natured man. The blues roots of hard bop provided the badness, but the style was also informed by the music of the African American church. Grant Green, who served up bluesy badness on a legion of Blue Note albums, excelled himself on this collection of spirituals and gospel material. Also channelling the sanctified spirit to optimal effect is Herbie Hancock. Often overlooked in Green's catalogue—which hit its zenith with Idle Moments (Blue Note, 1964)—Feelin' The Spirit rings a different but equally sonorous bell. 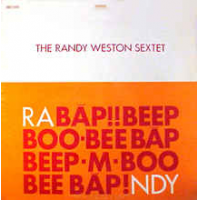 Reissued as African Cookbook by Atlantic in 1972, when Randy! was recorded in 1964, Randy Weston could not get arrested. He was obliged to set up his own label, Bakton, to release it. The band, a sextet, also features hard bop stalwarts Booker Ervin and Ray Copeland. Six of the seven tunes are Weston originals, arranged by Copeland. With drummer Lenny McBrowne augmented by percussionists Big Black and Atu Harold Murray on four tracks, the album emphasises Weston's already Africentric aesthetic, a cultural legacy at the core of hard bop from its inception.