Oscar Pettiford born in Okmulgee, Oklahoma, was a double bassist, cellist and composer known particularly for his pioneering work in bebop.

Pettiford's mother was Choctaw and his father was half Cherokee and half African American. Like many African Americans with Native American ancestry, his Native heritage was not generally known except to a few close friends (which included David Amram).

In 1942 he joined the Charlie Barnet band and in 1943 gained wider public attention after recording with Coleman Hawkins on his "The Man I Love." He also recorded with Earl Hines and Ben Webster around this time. He and Dizzy Gillespie led a bop group in 1943. in 1945 Pettiford went with Hawkins to California, where he appeared in The Crimson Canary, a mystery movie known for its jazz soundtrack. He then worked with Duke Ellington from 1945 to 1948 and for Woody Herman in 1949 before working mainly as a leader in the 1950s.

As a leader he inadvertently discovered Cannonball Adderley. After one of his musicians had tricked him into letting Adderley, an unknown music teacher, onto the stand, he had Adderley solo on a demanding piece, on which Adderley performed impressively.

Pettiford is considered the pioneer of the cello as a solo instrument in jazz music. In 1949, after suffering a broken arm, Pettiford found it impossible to play his bass, so he experimented with a cello a friend had lent him. Tuning it in fourths, like a double bass, but one octave higher, Pettiford found it possible to perform during his rehabilitation (during which time his arm was in a sling) and made his first recordings with the instrument in 1950. The cello thus became his secondary instrument, and he continued to perform and record with it throughout his career.

He recorded extensively during the 1950s for the Debut, Bethlehem and ABC Paramount labels among others, and for European companies after he moved to Copenhagen in 1958.

Oscar Pettiford died of what doctors described as a "Polio- like virus". 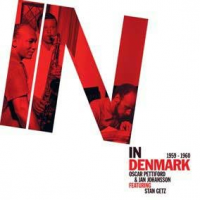 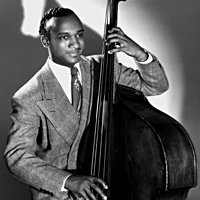 All About Jazz musician pages are maintained by musicians, publicists and trusted members like you. Interested? Tell us why you would like to improve the Oscar Pettiford musician page.