JOHN LANG (Arranger / Bassist) has a diverse background in performance, arranging and composition. John is a familiar face to jazz audiences in downtown New York. He can be heard playing regularly at Little Branch, Fat Cat, Arturo’s, The Hawaiian Tropic Zone, The 55 Bar and Toons.

In recent years John has had the opportunity to play many duo situations in Manhattan. Every Wednesday for the last 5 years he has had the honor of host the Burgundy Wine Company’s jazz series. Other artists on the series include, Saul Rubin, Jeremy Manasia, Spike Wilner, Ehud Asherie, Randy Jackson, Yotam Siberstien, Lee Metcalf, Tardo Hammer and William Ash.

John was proud to be the bassist on the Natalie Toro self-titled debut CD. He can also be heard on the cast recording of “The Adventures of Flat Stanley”. In the summer of 2009 John was asked to play and arrange on the new Rita Harvey CD “At Home”. In the fall of 2008 Mr. Lang received a commission to be the arranger on the Rock Tenor, a new act featuring the vocal talents of Mr. Rob Evan.

John also sings and plays in the Bloomeries: a pop band that plays the music of Steely Dan, Sting and the Beatles. John has recently teamed up with drummer Phil Stewart on an original funk project that should yield a recording by early 2010.

. In December 2006 he arranged and performed in the Bobby Beautiful Radio Show, a recreation of a 1940’s radio show that debut in New York. He is founder of La Onda Va Bien: a latin jazz ensemble that record 10 Lang compositions that resulted in the 2003 release of “La Vuelta.” Show less 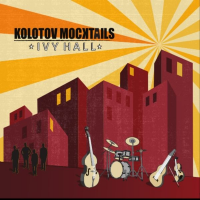 Lend Me Your Ears

All About Jazz musician pages are maintained by musicians, publicists and trusted members like you. Interested? Tell us why you would like to improve the John Lang musician page.