Robert Sage Wilber, clarinetist, saxophonist, composer, arranger, and educator, was born in New York City on March 15, 1928. He grew up in a musical household and recalls being fascinated with Ellington's recording of "Mood Indigo" at the age of three. In 1935, Wilber moved to Scarsdale, NY and at 13 he began formal clarinet study. He started playing jazz in high school and often visited New York City's 52nd Street absorbing the music of traditional jazzmen such as Pee Wee Russell, Sidney Bechet, Muggsy Spanier, and modern jazzmen Coleman Hawkins, Dizzy Gillespie, Charlie Parker. Early on, he dedicated his life to jazz at the expense of formal college studies.

Wilber studied with Sidney Bechet in 1946, living with him for several months and sitting in with him occasionally at Jimmy Ryan's. In 1948, Bechet sent him in his stead to Nice, France to perform at the first-ever jazz festival, after which Wilber toured with Mezz Mezzrow. In 1946 Wilber formed The Wildcats and recorded sides for Commodore and, with Bechet, for Columbia. In Boston from 1948 to 1951, he led a group of veteran jazzmen at the Savoy Cafe and also played at George Wein's Storyville as a headliner with the De Paris brothers and Sid Catlett.

Wilber entered the Army in 1951, after which he studied with modernists Lennie Tristano and Lee Konitz. He also studied classical clarinet with Leon Russinoff for five years. During this time, Wilber had significant gigs with Eddie Condon and Bobby Hackett, and formed his own group, The Six, focusing on combining traditional and modern jazz elements. In 1958-59, he toured twice with the Benny Goodman Orchestra. In 1968, Wilber joined the World's Greatest Jazz Band (WGJB) for six years. He began composing and writing more, and his music reflected increasingly progressive elements. In 1975, Wilber formed the highly regarded Soprano Summit along with co-leader Kenny Davern. This quintet featured both early jazz pieces and original music. The WGJB and Soprano Summit experience combined with work Wilber had done for Duke Ellington conventions in the 1960s reflected an increasing interest in jazz repertory work, not only recreating jazz from original scores but allowing for modern variations. In the 1970s and 1980s, he produced concerts for the New York Jazz Repertory Company and directed the Smithsonian Jazz Repertory Ensemble.

In 1981, Wilber formed Bechet Legacy, a group dedicated to the musical heritage of Sidney Bechet. Wilber was the musical director for the soundtrack to the movie The Cotton Club (for which he won a Grammy in 1986) and for the Broadway show Mr. Jelly Lord. In 1988, he assembled an orchestra and recreated the famous 1938 Benny Goodman concert at Carnegie Hall as well as at London's Royal Albert Hall.

In 1989, Wilber organized and performed a Royal Ellington concert for the Queen, featuring the performance debut of Ellington's "The Queen's Suite." In 1992, he persuaded Artie Shaw to visit England to conduct a concert at Royal Festival Hall in which Wilber played Shaw’s “Concerto for Clarinet” among other classical and jazz selections.

An internationally renowned and consummate jazz musician, Bob Wilber's work is not finished. He continues to travel and perform extensively featuring his own original music as well as that of Bechet, Morton, Ellington, Goodman, and Henderson, among others. Wilber has performed with the Lincoln Center Jazz Orchestra (LCJO) several times in recent years, most recently as musical director for the LCJO Benny Goodman Centenary concert (May 2009). He has helped make jazz repertory an integral part of jazz education around the world.

In 2010, Wilber was selected as the headliner for the University of New Hampshire’s historic 200th concert in the Traditional Jazz Series. Show less

What Swing is All... 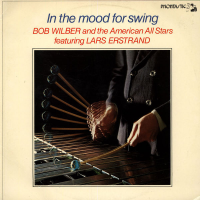 In The Mood For Swing 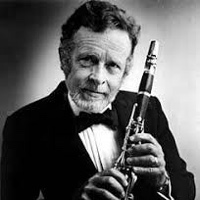 All About Jazz musician pages are maintained by musicians, publicists and trusted members like you. Interested? Tell us why you would like to improve the Chuck Hedges musician page.