Booker Ervin had a large hard tone like an r&b tenor saxophonist, but he was actually an adventurous player whose music fell between hard bop and the avant-garde.

Ervin originally played trombone but taught himself the tenor when he was in the Air Force in the early 1950s. After his discharge, he studied music for two years before he made his recording debut with Ernie Fields in 1956. During that year he first performed with Charles Mingus and he was a key part of Mingus’s groups during 1956-1962, offering a contrast to the wild flights of Eric Dolphy.

During 1963-1965, Ervin led ten albums for Prestige and each has its rewarding moments. "Exultation!" matches Ervin with altoist Frank Strozier in an explosive quintet. "The Freedom Book" has Ervin interacting with the unbeatable rhythm section of pianist Jaki Byard, bassist Richard Davis, and drummer Alan Dawson. "The Song Book," with Tommy Flanagan in Byard’s place, features the intense tenor interpreting a set of veteran standards. "The Blues Book," with trumpeter Carmell Jones and pianist Gildo Mahones, is comprised of four very different blues and more variety than expected. The Space Book has adventurous improvisations by Ervin, Byard, Davis, and Dawson while Settin’ the Pace features two lengthy and exciting jam-session numbers with fellow tenor Dexter Gordon and a pair of quartet pieces that showcase Ervin. The tenorist is particularly passionate on the stretched-out performances of The Trance and stars with a sextet on Heavy. Released years later," Groovin’ High" contains additional material from The Freedom Book, The Blues Book, and The Space Book sessions while Gumbo! (part of which was issued for the first time in 1999) has Ervin sharing the spotlight with altoist Pony Poindexter and on five songs leading an organ trio with Larry Young.

Booker Ervin died much too young from kidney disease. He is one of the underrated greats of jazz history, a true individualist. 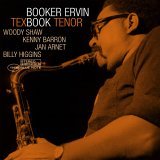 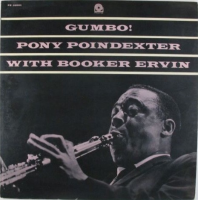 The Freedom And Space...

All About Jazz musician pages are maintained by musicians, publicists and trusted members like you. Interested? Tell us why you would like to improve the Booker Ervin musician page.