Eddie Lockjaw Davis was one musician who provided a link from the big band era through to the soul jazz phenomenon of the late 1950s and early 1960s. Davis developed one of the most unmistakable tenor sax sounds in post war jazz. With a full bodied yet reedy tone that was equally at home in rhythm & blues settings as more modern contexts, his playing always had a direct, singing quality that was a huge influence on the next generation of sax men.

Davis began to make his mark on the jazz scene in New York when he worked at Clark Monroe's Uptown House in the late 30s. Despite this establishment's close ties with the emergence of bebop a few years later, Davis' tenor saxophone playing was rooted in swing and the blues, and early in his career he displayed a marked affinity with the tough school of Texas tenors. In the early 40s he worked with a number of big bands, including those of Cootie Williams, Lucky Millinder and Andy Kirk. He also led his own small group for club and record sessions.

Eddie “Lockjaw” Davis was a pioneer of the tenor-and-organ combo, between 1955-60, he toured and recorded with a unit featuring Shirley Scott on the Hammond B3. In this long-running group, Davis realized his vision of what an organ/tenor combo could achieve. Miss Scott’s taste and light touch on the organ made it possible for Davis to avoid the battering-ram approach and produce music of restraint and taste without sacrificing drive and excitement. After Scott left the band, Davis never really returned to the organ/tenor sound, despite his success with it.

In 1952 Davis made the first of several appearances with the Count Basie band, which extended through the 60s and into the 70s. He was a mainstay at Prestige, and released a long list of fine sessions for that label and for their subsidiary Moodsville. It was with Basie that he made his greatest impact, although in between these stints he continued to lead his own small groups, notably Tough Tenors with Johnny Griffin in the early 60s. As the 1960s came into focus, Chicago tenor saxophonist Johnny Griffin and his New York counterpart, Eddie “Lockjaw” Davis, hooked up for a series of tenor battle albums that were easily a cut above most such recordings. For one thing, both saxophonists were rock solid bop players who were at the peak of their powers. For another, the two tenor men were very compatible in their playing styles and had a lot of mutual respect. “Tough Tenors” is a November, 1960, date. This record delivers an unbeatable program of music delivered by two of the greatest jazz tenors in top form.

After temporarily withdrawing from active music in 1963 to work as a booking agent, he returned as a soloist and road manager for the Count Basie band in 1964. He played in Europe with Mr. Basie, and participated in European tours as part of the Norman Granz troupe with Ella Fitzgerald. He also joined up with Sweets Edison in the 70’s, with which he did sessions and tours.

Davis' playing style showed him to be at ease on both gutsy, hard-driving swingers and slow, tender ballads. The former are most evident in his partnership with Griffin and his showstoppers with Basie, while the softer facet of his musical character came to the fore on a fine album of ballads he made with Paul Gonsalves. Davis always confounded critics. Because he was an acknowledged star to the soul-jazz idiom, they expected him to create in a somewhat formulaic setting, taking few chances. Jaws always took chances, and he always did things his way.

Eddie Lockjaw Davis was a hard hitting tenor player from the old school, and his legacy survives in his vast and prestigious recordings and memorable live performances when he would dominate the stage. He passed in Nov. 1986, at age of 65. 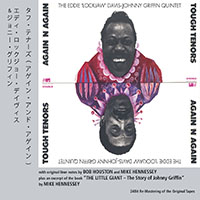 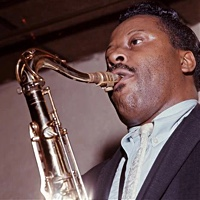 All About Jazz musician pages are maintained by musicians, publicists and trusted members like you. Interested? Tell us why you would like to improve the Eddie "Lockjaw" Davis musician page.