Nat Adderley may have spent a significant part of his career in the shadow of his better known older brother, the alto saxophonist Julian 'Cannonball' Adderley, but he was always a major contributor to their shared projects, and achieved a great deal in his own right after his brother's death in 1975. He was born Nathaniel Adderley, and took up trumpet as a teenager in 1946. He began playing in local bands in Florida, and made what became a career long switch to the smaller cornet in 1950. He did so against the prevailing tide. Cornet had been the horn of choice for New Orleans trumpet players in the early days of jazz, but had fallen out of fashion in favour of trumpet by the bop era. Nat Adderley Adderley evolved a distinctive signature on the instrument, blending a rich tone and earthy warmth with the horn's inherent touch of astringency to great effect 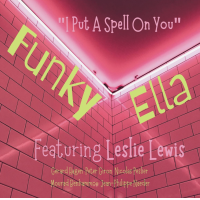 New York City-based alto saxophonist Peter DiCarlo makes a lot of winning moves on his debut album, Onward, and a couple that seem more puzzling than perceptive. More about them later. First, it should be noted that DiCarlo is a virtuosic player with a burnished sound and enough improvisational ammunition in his arsenal to guide him ... 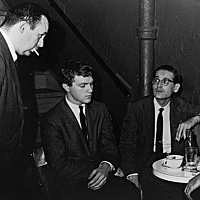 Perfectly timed to reinforce the value of acoustic mainstream jazz and provide an alternative to both fusion and free jazz, Art Pepper, Dexter Gordon and Johnny Griffin reappeared and reestablished themselves as key players at the end of the 1970s. Their excellent late career work paved the way for the resurgence of mainstream bebop and hard ...