Kenny Clarke (born Kenneth Clarke Spearman, later aka, Liaqat Ali Salaam, on January 9, 1914 in Pittsburgh, Pennsylvania-died January 26, 1985 in Paris, France) was a jazz drummer and an early innovator of the bebop style of drumming. As the house drummer at Minton's Playhouse in the early 1940's, he participated in the after hours jams that led to the birth of Be-Bop, which in turn lead to modern jazz. He is credited with creating the modern role of the ride cymbal as the primary timekeeper. Before, drummers kept time on the high-hat and snare drum ("digging coal", Clarke called it) with heavy support from the bass drum

In his sleeve note for the audio restored Horace Silver album Live New York Revisited (ezz-thetics, 2022), British writer Brian Morton cut to the chase. “[Silver]'s only mistake," he wrote, “was to smile while he was playing... a challenge to the notion that jazz should be deadly serious and played with a pained rictus."

Tenor saxophonist Barney Wilen's Zodiac is the soundtrack for a mid-1960s film that never got off the storyboard. The backstory... Like other French jazzmen who came of age in the second half of the 1950s, Wilen benefited from the penchant nouvelle vague film directors had for jazz soundtracks. Aged twenty years, Wilen cut his filmic teeth ... 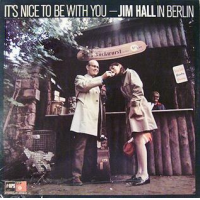 All About Jazz is celebrating Kenny Clarke's birthday today! Kenny Clarke (born Kenneth Clarke Spearman, later aka, Liaqat Ali Salaam, on January 9, 1914 in Pittsburgh, Pennsylvania-died January 26, 1985 in Paris, France) was a jazz drummer and an early innovator of the bebop style of drumming. As the house drummer at Minton's Playhouse in the ...