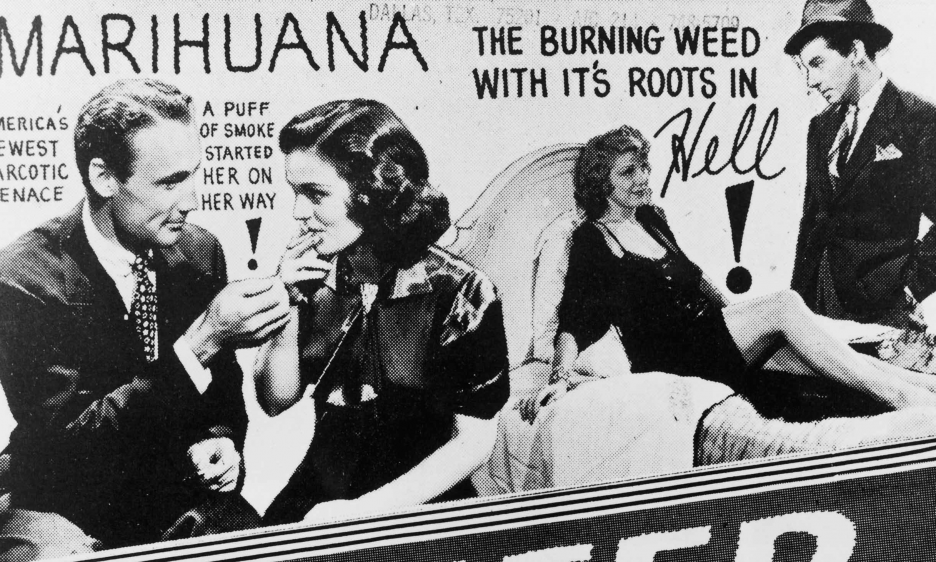 An early viper, today Bernie Brightman lives in a nice, renovated brownstone overlooking Prospect Park in Brooklyn. A charming, good-humored, graying hipster who at the ripe age of 53 chucked his middle-class businessman’s trip and went back to his reefer roots to establish Stash Records —Larry Sloman in Reefer Madness: The History of Marijuana in America (1979)

With all the transgressive flair you would expect of bohemian New York City in the 1970s and 1980s, Bernie Brightman's Stash Records made its name with a hugely entertaining series of sex and drugs-themed compilations of swing-era recordings. The first was Reefer Songs in 1976. But Brightman's legacy extends much further. There was a finite amount of this material available for Stash to source and reissue and when the well ran dry, Brightman re-focused on making original recordings. Some of these were made with new and emerging musicians, others with veterans.

Brightman came of age during the late 1930s, when, following a paradigm-shifting night at the Savoy Ballroom in 1938, he became a jazz fanatic and weed connoisseur. Unknown to his conservative parents, he spent much of his free time over the next few years hanging out uptown cultivating his new interests. Brightman's world view was much like that of the self-professed "white negro" and fellow viper Mezz Mezzrow. If Mezzrow's wonderful 1946 autobiography, Really The Blues, is ever filmed, Reefer Songs will make a perfect soundtrack.

Before founding Stash, Brightman dutifully worked in the family business, Brightman Products, which made top-end ladies' handbags. The firm was headquartered on Fifth Avenue and had showrooms in Chicago, Dallas, Los Angeles, Pittsburgh and Miami. Brightman's father passed in 1962. Brightman was by then running his own real estate company. A decade later the family sold the handbag business and Brightman used his inheritance to set up Stash.

In 1994, Stash subsidiary Daybreak released a musically unremarkable but headline-grabbing recording of President Bill Clinton playing tenor saxophone with a local jazz band during a visit to Czechoslovakia. (Clinton, incidentally, admitted to smoking weed at college but famously said "I never inhaled." As in "I never had sex with that woman" perhaps. But, hey, you can forgive most things in a President who enjoyed jazz).

An early champion of women in jazz, in 1977 Brightman released the double album Jazz Women: A Feminist Perspective, a swing-era compilation. In 1982, he recorded and released one of the few albums made by the criminally underrated and in 2020 largely forgotten swing-to-bop guitarist Mary Osborne, who in the early 1940s created her own take on Charlie Christian's innovations. 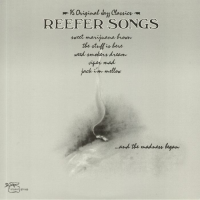 Marijuana prohibition in the US began in the 1920s, when laws criminalizing its possession were introduced in around a dozen states. By the late 1930s, the clamp-down had gone coast to coast, the result of legislative panic induced by hysterical newspaper stories and the 1936 movie Reefer Madness. Stash's debut release is a collection of once-heard, never-forgotten jazz and blues singles celebrating reefer culture which were originally released between 1932—38. Standouts include Don Redman's "Reefer Man," Hamfat Ham & the Harlem Hamfats' "Weed Smokers Dream," Andy Kirk & His Twelve Clouds of Joy's "All The Jive Is Gone," Cab Calloway's "The Man from Harlem," Georgia White's "The Stuff Is Here," Bob Howard's "If You're a Viper" and Trixie Smith's "Jack, I'm Mellow." Joie de vivre abounds. Harry "The Hipster" Gibson's 1944 speed-freak opus, "Who Put the Benzedrine In Mrs Murphy's Ovaltine?," is added as a pick-me-up.

Reefer Songs struck a chord with a new generation of vipers and over the next two years Bernie Brightman released more albums in the same vein, notably Tea Pad Songs Vol. 1 and Vol. 2 and Weed: A Rare Batch. Another album, 1976's Pipe, Spoon, Pot & Jug, broadened the pharmaceutical recipe to include swing-era songs about opium and cocaine. 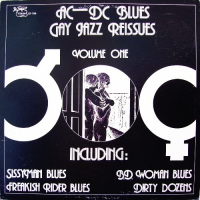 With AC-DC Blues, Stash delivered another whammy to "right thinking" society. The tracks, originally released between 1927 and 1936, are about gay people and gay sex. Some are sympathetic, some are simply observational, none—contemporary terminology notwithstanding—are judgemental. In 1935's "B.D. Woman's Blues," Bessie Jackson voices her admiration for butch women (the B.D.s or bull dykes referenced in the song title): "Comin' a time, B.D. women, they ain't gonna need no men....they can lay their jive like a natural man." In 1927's "Foolish Man Blues," however, Bessie Smith, famous during her lifetime for taking female as well as male lovers, says that she prefers her women to be femme (and her men to be masculine): "There's two things got me puzzled, two things I can't stand. A mannish actin' woman and a skippin' twistin' woman actin' man." There are three versions of "Sissy Man Blues," in which the singer follows the classic "Woke up this morning " line with "With my business in my hand / If you can't bring me a woman bring me a sissy man."

AC-DC Blues followed Stash's unabashedly salacious 1976 collection Copulatin' Blues. Highlights include Bessie Smith's "Do Your Duty" and "I Need a Little Sugar In My Bowl," Lil Johnson's "Press My Button (Ring My Bell)," Lucille Bogan's "Shave 'Em Dry" and Georgia White's 'I'll Keep Sittin' On It (If I Can't Sell It.)" How did the singers get away with these songs in the 1930s? Because they were African Americans making records for other African Americans and as such were mostly off the radar of establishment censors. 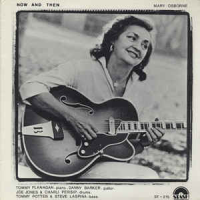 Mary Osborne
Now And Then
1982

A child prodigy, Mary Osborne had her own radio show in her hometown in North Dakota when she was 12 years old, singing country songs and accompanying herself on the guitar. Around 1937, when she would have been 16, she heard Charlie Christian play in a local club. Osborne sat in with the band and became an aspiring jazz musician on the spot. In 1940, she moved to New York City, where she was a regular on 52nd Street, accompanying headliners such as Mary Lou Williams and Billie Holiday, who can be seen enjoying Osborne's playing in the YouTube clip below. On the lovely Now And Then, Osborne leads a quartet through a set of standards which kicks off with Benny Goodman and Charlie Christian's "Soft Winds" and includes tunes by Luiz Bonfa, Duke Ellington and Johnny Mandel. 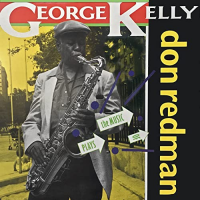 There's a weed connection in this tribute to swing-era composer and arranger Don Redman. In addition to Reefer Songs' "Reefer Man," Redman was the composer of the haunting instrumental "Chant of the Weed," which is included here (there's also a great version on Gil Evans' 1959 Pacific Jazz album, Great Jazz Standards , featuring Budd Johnson). Hard-swinging tenor saxophonist George Kelly was a member of the Savoy Sultans in the 1940s, when Bernie Brightman in all likelihood first encountered him. Kelly also worked with Rex Stewart and Jay McShann. Here he leads a feisty sextet featuring trumpeter Glenn Zottola, guitarist Bucky Pizzarelli and pianist Richard Wyands, anchored by bassist George Duvivier and drummer Butch Miles. 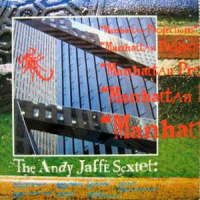 Recorded in 1984, pianist and arranger Andy Jaffe's punningly titled Manhattan Projections includes early sightings of Branford Marsalis, Wallace Roney and Marvin "Smitty" Smith. Each was a former student of Jaffe's at Berklee College of Music and in the mid 1980s was on the cusp of major breakthrough. The material here, all of it written by Jaffe, combines improvisation with through-composition and is best described as chamber-jazz with backbone. Jaffe has since focused on a career as an educator and his discography is disappointingly small. Manhattan Projections is highly recommended (as is Jaffe's 2016 release Arc on Playscape, which again features Roney, this time in a nonet). 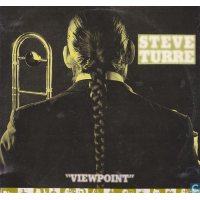 Another undeservedly obscure album recorded by another distinguished lineup. Trombonist Steve Turre leads a mid-sized hard bop going-on Latin jazz ensemble which includes tuba player Bob Stewart, trumpeter Jon Faddis, pianist Mulgrew Miller and drummer Idris Muhammad. Four tracks are Turre originals, the other three are J.J. Johnson's "Lament," Duke Ellington's "In A Sentimental Mood" and Miles Davis' "All Blues." Viewpoint was Turre's first album as leader and was followed by two other fine Stash albums: Viewpoints And Vibrations (1987), made by another mid-sized band featuring much the same cast of players, and Fire And Ice (1988), recorded with a smaller group including pianist Cedar Walton and drummer Billy Higgins. 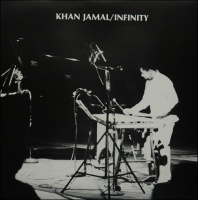 Recorded in France and picked up for US release by Stash, the little known Infinity by vibraphone and marimba player Khan Jamal is on a similar astral-jazz trajectory to the one pioneered by Pharoah Sanders and Alice Coltrane. In the late 1960s, Jamal was a member of the Cosmic Forces, a band which included several of Ra's former musicians, before forming the Sounds of Liberation with saxophonist and flautist Byard Lancaster. He later played with Sunny Murray's Untouchable Factor and Ronald Shannon Jackson's Decoding Society. On Infinity, Jamal leads a drums and percussion-rich sextet featuring Lancaster and Murray. Opening track "Nubian Queen" stands up alongside anything recorded by Sanders and Coltrane. 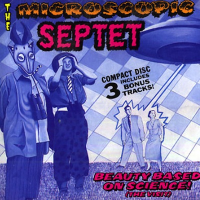 The Microsopic Sextet
Beauty Based On Science!
1988

Beauty Based On Science! was the fourth album by Downtown New York serio-comic jazz-pranksters the Microscopic Septet (founding alto saxophonist, John Zorn), a kind of post-punk version of the Art Ensemble Of Chicago. Part experimental, part archival, part political and part Dada, Beauty Based On Science!, the last album the band released during their first incarnation, is a good-humoured whiff of grapeshot directed at the jazz police of the era. 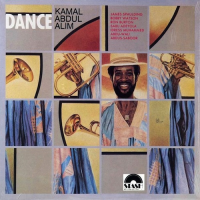 Kamal Abdul-Alim's soul-jazz chef d'oeuvre, Dance, has the trumpet and flugelhorn player fronting a deep-pocket septet which includes saxophonist James Spaulding, ex-Rahsaan Roland Kirk pianist Rahn Burton, guitarist Abdul Wali and drummer Idris Muhammad. Saxophonist Bobby Watson is added on two tracks. More earth-bound than Khan Jamal's Infinity— if, that is, you do not subscribe to George Clinton's aphorism "free your ass and your mind will follow"— the virtuoso musicianship never gets in the way of the funk. 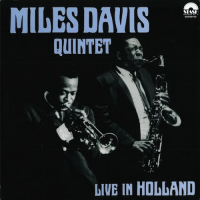 This concert recording of the Miles Davis Quintet is a distinguished near-swansong for Stash. It was recorded in Den Haag in April 1960, a year and a few days after the completion of Kind Of Blue (Columbia, 1959). It features that album's band without alto saxophonist Cannonball Adderley and alternate pianist Bill Evans: the lineup is Davis, John Coltrane, Wynton Kelly, Paul Chambers and Jimmy Cobb. Tracks are "So What," ''Round Midnight," "On Green Dolphin Street, " "Walkin'" and "Theme." Writing about the 1960 European tour in Miles: The Autobiography (1989), Davis said: "[Coltrane] grumbled and complained and sat by himself all the time we were there. He gave me notice that he would be leaving the group when we got home." Despite that, Coltrane's playing on Live In Holland is as exhilarating as ever.

Photo: Have a marihuana. Part of the promo poster for Reefer Madness (1936).