Wallace Roney is from Philadelphia, PA, born May 25, 1960. He began his musical studies at the age of five, learning rhythmic dictation and sight-reading. He began playing the trumpet at age six. He was identified as a prodigy and was awarded a scholarship to the Settlement School of Music at the age of seven. It is there that Wallace received private trumpet lesson with Sigmund Herring at the age of ten. As a child prodigy, by the age of 12 Wallace became the youngest member of the Philadelphia brass ensemble which was comprised of members of the Philadelphia Orchestra.

During his affiliation with the brass ensemble Wallace met jazz great Clark Terry who became a major influence, teacher, mentor and friend. Clark Terry taught him more about the trumpet than previous classical trumpet teachers had. He taught him technique, articulation and breath control. Clark Terry was the first of Wallace's three greatest mentors.

Wallace's moved to Washington, DC where he attended the Duke Ellington School of the Arts. While at Ellington he studied the trumpet with Langston Fitzgerald, trumpeter with the Baltimore Symphony. Fitz, as he was fondly called by Wallace, taught him to strive for excellence in spite of obstacles.

Wallace sat in with Art Blakey's band at the age of 15 and was offered the job to replace trumpeter Bill Hardman. A car accident that happened the day after he was offered the gig caused Wallace's father not to let him take the job. Wallace did, however, continue to sit in with a lot of great musicians including Cedar Walton, Sam Jones and Billy Higgins all of which led to Wallace playing several gigs with Cedar Walton.

At the age of 16 he met another trumpet player who would become the second greatest influence in his musical life, Dizzy Gillespie. Dizzy taught Wallace even more advanced techniques that enhanced his ability to play intricate improvisational phrases. During this time he also went to NY and sat in with the great Philly Joe Jones which caused a stir. It wasn't long before he met the great trumpet player Woody Shaw who also became a close friend and mentor. During this time, Wallace graduated from Ellington and began studying with Dr. Donald Reinhart, a world renowned brass specialist in the Brass community, while at the same time attending Howard University and studying with Fred Irby. Wallace remained at Howard University for a year only to be called away to become a member of Art Blakey's Big Band. He also played with Joe Henderson, Dollar Brand and then studied for a year at Berkele School of Music before leaving there to rejoin Art Blakey's Jazz Messengers.

Since playing with the “Messengers” the list of people that Wallace has played with is a veritable who's who of jazz. Too numerous to name, he likes to say that he has played with everyone from Jay McShann to Herbie Hancock.

In 1983 he met the greatest influence in his life, the person that was his idol and his greatest teacher, Mile Davis. Wallace's relationship with Mile was similar to Louis Armstrong's relationship with Joe (King) Oliver. Being with Miles gave him insight and tutelage on being a melodist, being on top of the most creative music, and uncompromisingly taking it further.

At one point Wallace rejoined Art Blakey's Band and at the same time was invited to play with Tony Williams' quintet. He elected to play with Tony's ground breaking band. In 1984 Wallace also met and hung out with Ornette Coleman and premi�red his symphony “The Sacred Mind of Johnny Dolphin”. He also played gigs with Ornette in his “Classic Quartet”, taking Don Cherry's place when he died.

All of the time spent studying under and hanging with Miles Davis led Miles to ask Wallace to play with him on the Historic Miles at Montreux Concert. This was historic because it was the first time Miles had played straight ahead jazz in 30 years. The concert was recorded and it received a Grammy. When Miles died in 1991, Wallace joined what he considers to be the greatest group in history, VSOP, which included Herbie Hancock, Ron Carter, Tony Williams, and Wayne Shorter. It is with VSOP that Wallace won his second Grammy. In 1996 he joined Chick Corea's “Special Quintet”. Wallace also played on Michael McDonald's record for which he won a Grammy for his solo in “Like a Child”.

Wallace formed his own group in 1993. Other than periodic special projects and playing intermittently with other all-star groups, he has been leading his band and is dedicated to continuing to add to the jazz music legacy. Show less

In Touch Entertainment Adds Ten New Artists To Its Roster 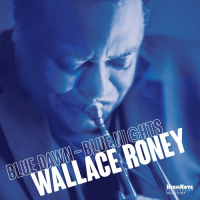 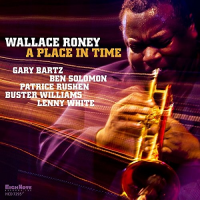 A Place In Time 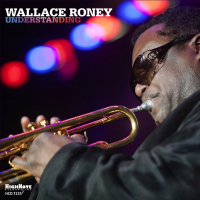 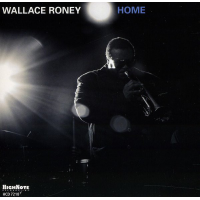 All About Jazz musician pages are maintained by musicians, publicists and trusted members like you. Interested? Tell us why you would like to improve the Wallace Roney musician page.