Billy Higgins was reportedly the most recorded jazz drummer in history, and certainly one of the most beloved. Higgins was one of the most musically sensitive jazz players around, with a light but active swing. His style did not draw attention to itself and could not be described by mannerisms; his musicianship simply raised the standard of every band he played in. Although he did release few records under his own name, Higgins was in great demand as a sideman, providing sensitive accompaniment in a variety of settings.

Higgins was born in Los Angeles, on Oct. 11, 1936 and began playing drums at the age of 12. Early in his career he played with R&B bands including those of Amos Milburn and Bo Diddley. Other early affiliations included singers Brook Benton, Jimmy Witherspoon, and Sister Rosetta Tharpe.

He was soon involved in jazz, playing with other local musicians, including Dexter Gordon, Don Cherry, James Clay, and Walter Benton. In 1957 he was in the quartet led by Red Mitchell which also included pianist Lorraine Geller and tenor saxophonist James Clay. This band recorded for Lester Koenig's Contemporary Records label, on what was Higgins' first record date. But he soon left to join Ornette Coleman's new band, with whom he worked steadily in 1958 and 1959. In New York in 1959 he appeared with Coleman at the controversial Five Spot concerts, in a band which also included Don Cherry and Charlie Haden. Later that year he joined Thelonious Monk and in 1960 was with John Coltrane. By then he had become one of the most in-demand freelance drummers on the scene, particularly on many Blue Note sessions.

Throughout the ‘60s Higgins was in demand for tours, club dates and a staggering number of recording sessions. Among the artists with whom he played were Sonny Rollins, Steve Lacy, Donald Byrd, Gordon, Lee Morgan, Herbie Hancock and Hank Mobley.

His drumming was an important addition to many recordings, such as Andrew Hill's “Point of Departure,” Herbie Hancock's “Takin' Off,” and Lee Morgan's “The Sidewinder,” the last two being especially popular jazz albums. He would intermittently work with Coleman again in the 1960s and 1970s as well. Outside of Coleman, a frequent musical collaborator was Cedar Walton, an association that began in 1966 and continued into the 1990s, often in the Walton's Eastern Rebellion bands. In the 80s his musical companions included Coleman, Pat Metheny and Slide Hampton.

Unfortunately in the 1990s his career was halted by kidney disease, leading to a subsequent kidney transplant. After resuming playing, he remained much in demand for record dates. During 1999-2001, he worked frequently with Charles Lloyd when not leading his own bands, recording some of his most inventive drumming while playing against Lloyd's saxophone. Higgins was on the faculty of the jazz studies program at the University of California at Los Angeles, and taught at World Stage, a Monday-night program for budding musicians at Leimert Park in Los Angeles.

Although the musical styles of Higgins' associates in the latter years ranged through freeform, jazz rock and jazz funk, he readily established himself as one of the two or three leading exponents of each form of drumming. He played with remarkable subtlety and lithe swing akin to that of the best bop drummers, while readily accommodating the complex needs of the styles in which he performed. His final performance was at the Los Angeles club Bones and Blues, on Jan. 22, 2001. Higgins died of kidney failure in May of that same year. Show less 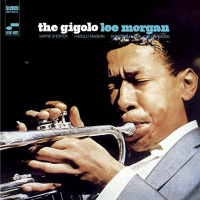 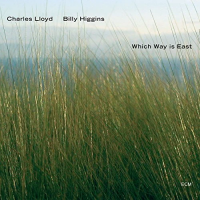 Which Way Is East 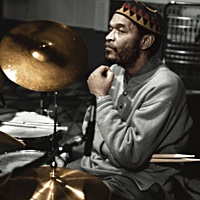 All About Jazz musician pages are maintained by musicians, publicists and trusted members like you. Interested? Tell us why you would like to improve the Billy Higgins musician page.