Born in Oakland, CA, on July 24, 1953, Jon Faddis began playing trumpet at age eight, inspired by an appearance of Louis Armstrong on "The Ed Sullivan Show." Three years later, his trumpet teacher Bill Catalano, an alumnus of the Stan Kenton band, turned the jazz- struck youngster on to Dizzy Gillespie. By his mid-teens, Jon had not only met Dizzy, he'd even sat in with his hero's combo at the famed Jazz Workshop in San Francisco. Upon graduating high school in 1971, Jon joined Lionel Hampton's band as a featured soloist and moved to New York. That same year, responding to an invitation from Mel Lewis to drop by the Village Vanguard whenever he got to New York, Jon sat in with the Thad Jones/Mel Lewis Big Band on one of their regular Monday night sessions 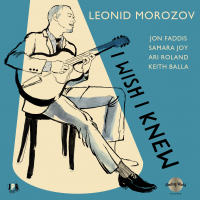