Bobby Zankel: The Soul of Jazz - Past, Present, and Future Tense 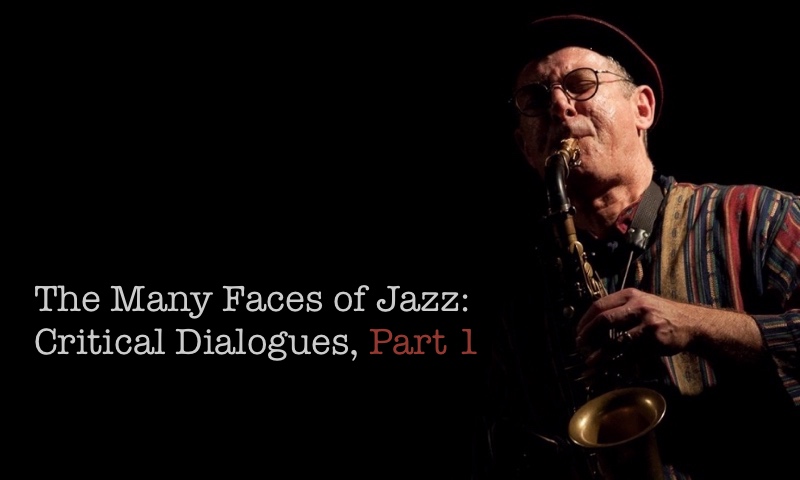 [This is the first of an All About Jazz series of interviews and articles on "The Many Faces of Jazz Today: Critical Dialogues," in which we will explore the current state of jazz around the world. Jazz has expanded in many directions. The business, educational, geographical, recording, and entertainment aspects have undergone major transformations. Today, there are myriad ways of playing and understanding the music. So what is jazz all about today, towards the end of the second decade of the New Millenium, a century after the first jazz recording was made? We will investigate this question with musicians, journalists, and entrepreneurs who can give us their own unique perspectives on what is happening.]

Saxophonist Bobby Zankel has participated in the cutting edge of jazz performance, composition, and leadership since the 1970s. He studied and worked with Cecil Taylor for 45 years, and others who pushed jazz into new territories. In the last decade, he has led the Warriors of the Wonderful Sound, a big band which features his compositions that stretch the limits yet retain the best of the important historical developments. The Warriors have collaborated with masters like Muhal Richard Abrams, Steve Coleman, Rudresh Mahanthappa, Don Byron, Rene McLean, and William Parker. As a soloist, sideman, and small group leader, Zankel performs with a wide variety of musicians and genres. He is fully immersed in the current jazz scene yet staunchly maintains his artistic independence. We asked Zankel for his insights on jazz today from his particular musical, personal, and professional experience.

All About Jazz: How would you describe the overall jazz scene today?

Bobby Zankel: I have some thoughts about it, but in my own work, as time goes on, I'm less and less concerned about what other people are doing. My life has already been blessed with encountering all the wonderful people, information, and experiences that I've had, and now I really need to focus on creating my own music. If I think about the scene, I'll get distracted and lose my inner focus. It doesn't serve me well to get into that state of mind. But having said that, I do think there's a bigger mix of people and approaches now. The present moment always contains the accomplishments of the past and the seeds of the future.

Comparing the Past and Present

AAJ: You almost have to wonder if, with all this variation, it's still the same kind of music, whether jazz retains its essential definition and unity. Do you think the jazz scene today is in a good place if you compare it with when you came up in the 1960s-80s, which was undoubtedly one of the most exciting periods in the history of jazz?

BZ: We can't discuss the scene outside of the larger context. The world has changed tremendously, needless to say, The lack of heart to heart communication and the decline of social communities has had a large impact on the role and basic expression of music. There is so much information available that young people can be encyclopedic in their head but not connected to their heart. Too much studied knowledge can be a barrier to discovering ones own voice. For the most part, the music doesn't mean nearly as much as it meant then, and some of the newer players aren't telling their own stories. But there are a lot of young people playing, and a lot of composing of different kinds. A lot has to do with how recordings are being made. The death of the recording industry is creating a more level playing field where there are tons of things being recorded on homemade and personal labels, musicians doing their own recordings. Although there's less money in the jazz recording business today, there are a lot more records being made on independent labels. The problem is that nobody's really figured out what to do with music in this digital age.

AAJ: Do you feel that the current record distribution process has given musicians more room to create new things?

BZ: I think it does create more room, in a way, because the playing field is more level. Many musicians are succeeding by putting out records on their own labels. It creates a situation where if you can get a couple of thousand dollars, you can make your own record.

AAJ: But how do you get that money? In fact, how does anyone but the most famous make a good living in jazz today?

BZ: It is very difficult to earn a living just performing. Many of us teach as a way of making a steady income. I have been teaching in Pennsylvania prisons for over twenty years. It is gratifying way to spend time and I am able to compose, practice and even travel when the opportunities arise and someday I will even get a pension. I have been fortunate. Some of our busiest performers like Joe Lovano, Ralph Peterson, Gary Thomas, and Terell Stafford are on university and conservatory faculties.

AAJ: What about the musicians who are just starting out? Many of them today study jazz at college or conservatory. They don't go around as much playing gigs as in the past. Then where are they when they graduate? How does that affect the quality of what's being produced?

BZ: I would say you learn the most by playing with people who are better than you! Many of the younger people now have their own bands. You go to any big city, and there are bands playing every night, and they're mostly young people. I know that for me, I always sought out my elders. I always wanted to be the least experienced guy in the band because I could learn something. Nowadays, it seems there's much less mix of generations. Also, there's much less decent work, so actual learning on the bandstand doesn't happen as much anymore.

AAJ: Would you then agree that this lack of seeking out elders could be an obstacle to creating great jazz?

BZ: Many young people study with great players and that is wonderful, but it's different being in a band. I began studying and playing with Cecil Taylor at the University of Wisconsin in 1971, and when he left, I followed him, and still am! Playing in Jymie Merritt's band next to Odean Pope 35 years ago was a life changing education. It's not so much the younger musicians or academia as such that limits creativity. It's the academic "canon" that's become really problematic. Up until around 1980, the musicians wanted to make new music that reflected their present moment. Then, somewhere around that time, "repertoire bands" became popular and many musicians became stuck on the past. I agree with them that it's great to know your history—I couldn't emphasize that enough. But it's not OK to stay in the past. Great jazz takes chances. Important jazz is always about going into the unknown, even when you don't know whether it's going to work.

AAJ: Music has to develop in new directions, or it stagnates. So, do you think that jazz the way it's being made today has the potential to create a John Coltrane or an Eric Dolphy or a Cecil Taylor—some of your own favorite innovators?

BZ: Of course! There's no way to predict geniuses—they come along!

AAJ: But the conditions that allow their genius to emerge have to be there as well.

BZ: To me, they'll always come along, regardless of what's happening around them.

Movements, Styles, and Genres in Jazz

AAJ: It's your faith that the innovators always appear. Now, let's go back a little in time. Let's say from WWII and onward, jazz clustered around certain styles or approaches: swing, bebop, West Coast cool, hard bop, fusion, and so on. After fusion, roughly around 1980, rather than develop a new form, jazz appeared to become elastic, eclectic, and culturally diverse without any center to hold it together. Before that there was a great amount of interaction between musicians attracted to a specific approach. A number of musicians are of the opinion that there is no longer any distinct evolution in jazz and that contemporary jazz is just elaborating on what has gone before. Do you agree with this assessment?

BZ: Not entirely. For example, Steve Coleman is definitely the leader of a significant movement in jazz and has been for quite a while. He and his cohorts have been exploring rhythmic organization in a way that had never been done before. That's phenomenal.

AAJ: Are there others like Steve who are leading a movement?

BZ: There are other important brilliant creative musicians, but to me he's the leader of the pack. Just to mention a few, Henry Threadgill, Rudresh Mahanthappa, Vijay Iyer, and Steve Lehman are also doing a lot of original things in their own right.

AAJ: Did they interact personally with one another?

BZ: Threadgill is older and is truly one of a kind. Vijay played in Steve's band. I don't know whether Steve and Rudresh ever played together, but I do know that Rudresh was listening to Steve. If you were in New York after 1982, you knew there was something that had never happened before. Rudresh is part of the world cultures influence, and in that connection Amir ElSaffar is doing great things incorporating Iraqi music. Fred Ho used Chinese music before he passed away. Jen Shyu, a vocalist who was born in Illinois to Taiwanese and East Timorese immigrant parents, composes music based on those sources as well as other countries like China and Cuba. There's a whole movement of Asian music. There's a guy in California, a great saxophonist, Hafez Modirazadeh who uses Iranian music.

AAJ: Here's a question that stirs up a lot of controversy. There are two competing definitions of jazz: music of specifically Afro-American origin versus improvised music of any origin and genre. What is your opinion?

AAJ: Bassist George Mraz made four wonderful albums of Moravian music with a lot of improvising. They consist entirely of music from that specific Eastern European region. Is that jazz?

BZ: I have not heard that music so I can't say. The way George Mraz touches the bass, when I have heard him with Tommy Flanagan has to do with Paul Chambers, Jimmy Blanton, and the whole lineage of African American bass players. He reflects the Afro-American heritage no matter what he plays. Conversely, composers in America often write European neo-classical music. All of music borrows from others. You learn a lot from everyone, and then you develop your own music.