The Many Faces of Jazz Today: The Big Picture 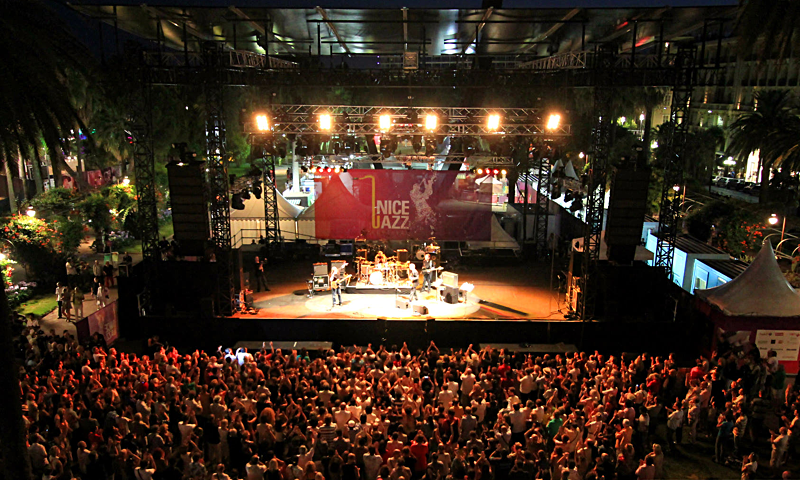 By VICTOR L. SCHERMER
November 10, 2017
Sign in to view read count
Five All About Jazz interviews provided source information for this article. To access them, click on the following links:

[In a series of five interviews entitled "The Many Faces of Jazz: Critical Dialogues," All About Jazz asked three musicians, a public relations manager, and a jazz educator about the state of jazz in the world today. The one thing they agreed on is that jazz is changing rapidly. Globalization, digitalization, and cultural changes have led to a rapid expansion of the scope of jazz with little agreement on what direction it is taking. In this article, based on their views and the author's own perspective, we consider the state of jazz today with a look back on the past to see what changes have taken place.]

If you're a jazz fan, you just love to listen to music you enjoy. If you're a working musician, your main interests are to play gigs and challenge yourself musically. Either way, you may not pay much attention to what's happening to jazz in its historical, cultural, and contemporary contexts: the Big Picture. A few casual observations would suffice to satisfy your appetite for the back story.

But there are important reasons why you should care about the larger perspective. The music you hear and play is profoundly affected by powerful forces in music, the arts, culture, education, and business. Just as in politics, taxes, the environment, and the food you eat, if you don't make your voice heard, the quality of the jazz you hear may be diminished or distorted by forces outside your control. Jazz is often plagued by lack of funding, ignorant or greedy entrepreneurs, lack of ideals and commitment, lack of Internet royalties for the laborious work of composing and performing, low level popular taste, discrimination against minorities, and the human tendency to seek quick gratification rather than the effort needed to achieve the highest expectations. Like everything else today, jazz is undergoing rapid changes at all levels. To keep the music flowing, developing, and thriving, all of us in the jazz community need to be informed and raise our consciousness about the Big Picture, the events and trends that are affecting jazz at all levels. And then we need to act to help.

Jazz today is a global phenomenon which touches people everywhere and is in turn influenced by their music. What we hear in New York, London, Tokyo, or Detroit may be the result of an encounter the band had in a small village in Eastern Europe, Asia, or Africa. Countless events and experiences involving peoples around the world contribute to the jazz idiom. To grasp the Big Picture of contemporary jazz in its manifold global pulse, we need two vantage points: the history and the current developments: the Then and the Now of jazz.

As Burt Lancaster, playing the main character Lou Pascal in Louis Malle's film, Atlantic City, ironically observes about the changes in his vanishing world, "It isn't the same ocean anymore." Up until the 1970s, if you wanted to play jazz, you got a horn, learned to play it by yourself or with a teacher, and got involved with a band you liked. The music was familiar and popular, so you chose a style and stayed with it. However, in the last several decades, and especially today, to achieve any significance as a jazz artist, you have to become a virtuoso on your instrument and learn to play in many different contexts. You might need to switch styles totally between one gig and the next. You have to become well-schooled about the business aspects. During the course of the twentieth century, jazz flowed from a stream to a river to an ocean of individual and collective experience. Today, it's easy for a musician or a listener to feel at sea in a multitude of genres, players, locales, and business demands, often in turbulent waters that change rapidly. How did all of this happen?

To account for the state of jazz today, the Dutch musicologist and jazz educator Wouter Turkenburg has identified three broad phases in the evolution of jazz: the historical, the institutional, and the digital.

The historical period went from the birth of jazz around 1900 all the way up to the late 1970s. According to Turkenbug, citing James Lincoln Collier, the author of The Making of Jazz (Dell, 1979), "there were several distinct periods of jazz that developed in layers ... During that time, there were specific styles that changed every few years. I would call them New Orleans Style, Swing, Bebop, Hard Bop, Cool Jazz, Free Jazz, and Rock Jazz. Each one made the previous one seem 'old school,' although they all continued to have an influence." Today, most jazz fans can easily identify these iconic styles and often have a preference for a couple of them. Before the advent of "free" or avant-garde jazz, the "vocabulary" (melodies, harmonies, rhythms, lyrics) were familiar to listeners, overlapped, and, over time, and increased in complexity. During the swing era, jazz became the popular music of America, and with bebop it developed into an art form. During this extensive historical period, jazz defined itself and evolved a limited number of genres. The musicians were in charge of their playing, and the audiences knew what they wanted. The business interests such as record companies and road managers put the two together, guided by the interests of the musicians and fans.

In the 1970's "something happened." The jazz of the historical period became, as Turkenburg says, institutionalized, that is, it was packaged for use. Schools of jazz came into existence to formally train musicians in everything from technique to composing. The recorded legacy became readily available in re-issues on LPs and then CDs. The young musicians borrowed from all the styles and used them in various ways for their own purposes. (Keith Jarrett, Chick Corea, and Freddie Hubbard, for example, plunged into new territory, but nearly always within the standard trajectories.) Even the avant-garde developed its own traditions and sub-genres. The musicians chose their own "menus" from the rich variety of approaches available to them, and put together "meals" that appealed to them.

During the institutional period, the business interests such as record companies, nightclub owners, and festival producers largely determined who was hired and what they played. (I remember revered trombonist J.J. Johnson becoming infuriated when a record producer decided which songs were going to be on an album after he had carefully arranged the recording himself. The business people became bosses rather than servants.) In other words, during the institutional period, jazz became an organized industry and a profession with definable goals, structures, educational settings, and concepts. As pianist Dave Burrell pointed out, you were either "inside" or "outside" the mainstream, and the mainstream was basically the music of the historical period: old wine in new bottles.

Today, while much of the historical legacy remains active, we are in the midst of a new phase which could be dated roughly to the start of the New Millenium. Turkenburg calls it the digital period because it is so dependent on cybertechnology. It is the result of the information explosion and globalization brought about by the Internet. And it is the reflection of the postmodern trend in Western philosophy, literature, and the arts in which all traditions and sacred truths are challenged, and art and music are free to construct themselves and expand in many new directions. The latter is both an asset and a liability. The artist has greater freedom and creative possibilities, but lacks criteria and boundaries that provide a standard of comparison and a secure structure. Today, you can go to a jazz concert, and you might spend half the show just trying to get used to the music. You have little or nothing to compare it with. On the other hand, it could turn out to be an awe-inspiring and transformative experience.

Turkenburg depicts the digital revolution as "a big tsunami," a massive wave of information and energy that is causing changes we can't begin to fathom. Young musicians have huge resources and possibilities immediately available to them on their hand-held devices and computers, but they lack navigation tools to orient themselves and give them a direction. They may learn one style or approach and then find that, a couple of years later, it has become outdated, just like software becomes outdated. They acquire great skills and knowledge, but they don't know what to do with it. They also find that their royalties for recordings and compositions, which used to support the musicians through difficult times, are diminished by being posted on the web for free or low-cost download and streaming. All told, the predictable if sometimes difficult pathways to a successful career are no longer sufficient and need to be supplemented or replaced by Facebook posts, on line donations, self-produced recordings, and other digitalized formats for promoting ones wares. A musician today needs to be digitally savvy and business-oriented, which allows for more opportunities but distracts from the focus on the music itself.

The upshot is that we are in a stage of massive change in the development of jazz, and we don't know what will emerge from it. There have been similar periods before in the history of music. As Turkenburg points out, Bach did not know he was in the baroque era. His form of music was given a definition a hundred years later! Schoenberg's and others' serial composition challenged centuries of music based on traditional harmonies. Bebop players like Charlie Parker had many musicians standing on their heads trying to learn his licks. Change and uncertainty has always been a part of music. But today's jazz truly exemplifies the words of Heraclitus: "There is nothing permanent except change."

The Roles of Tradition and Innovation/Experimentation

Experiencing and making music in the New Millennium compels us to take a look at the significance of "the tradition" versus the innovation and experimentation necessary to keep the music vital and creative. In the past, innovation took place within the tradition, not apart from it. Parker and Dizzy Gillespie always maintained that their music was an extension of swing, not a rebellion against it. Even Ornette Coleman held that free jazz (what he called "harmolodics," an open style of improvising harmony and melody more spontaneously with fewer fixed rules), was rooted in the blues, bebop, and all the playing that came before him.