Mary Fahl at The Cutting Room 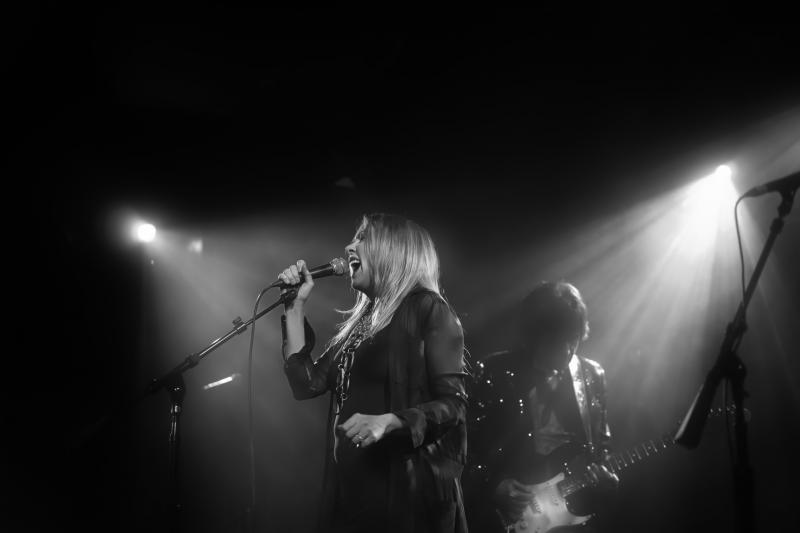 After being in the presence of singer Mary Fahl, one better understands the sentiments of Caroline Myss, who said: "The greatest gift you can give another person is strength." One needn't even have been at The Cutting Room, where Fahl and her bandmates rendered themselves translucent in this age of opacity, to know the gift of her strength, for I and nearly everyone else in the room had been nourished by Fahl's art as far back as her debut with the October Project in 1993. Since appearing on two seminal albums under those autumnal skies, Fahl has followed the stars of a varicolored solo career, and this reviewer pined for just as long to at last see the cumulative effect of those constellations exquisitely represented in a live setting.

The associations I've carried with and through that music were awakened by a handful of October Project evergreens, including "Return to Me" and "Take Me As I Am," both of which felt as relevant as when Fahl first put breath to their lyrics, and "Deep As You Go," from 1995's Falling Farther In. Said follow-up album's title song found its own revitalization on Fahl's present altar, from which graces leaped to set the air aglow with songcraft. Fahl commanded every turn of phrase with the vitality of a heart over its body.

Between songs, Fahl shared memories of becoming a songwriter in her own right—a process, she said, that meant having the courage to be bad at something. But if the fruits of her labors are any indication, whatever depths she had to map through were more than worth the cartographical learning curve. In "Gravity," a song written for her husband, and "Like Johnny Loved June," she sang with the surety of a novelist who has written of our sorrows and joys alike years before we were born, and it was all we in the audience could do to catch up to the power of her exposition as she pulled threads of gratitude through a brocade of itinerant affections.

Fahl paid tribute to songs that have moved her in kind. The Andalusian love song "Ben Aindi Habibi," which appeared on 2003's The Other Side Of Time, unraveled like longing in the night, while a heartrending take on Joni Mitchell's "Both Sides Now" gave us all pause to take stock of our scarred mortality. The more surprising enchantments, however, were saved for the second set, for which Fahl and friends presented their version of Dark Side Of The Moon in one continuous suite. This was beyond a cover or even a reimagining, but was a re-embodiment of the Pink Floyd classic, which Fahl herself described as a necessary vehicle to express apocalyptic feelings stirring within. Whether in the haunting lilt of "Breathe" or her scorching rendition of "Time," she made every word seem hardwired into her very DNA. It was also a spotlight sequence for guitarist Mark Doyle, whose equal handling of fire and ice tore through "Money" and exhaled more than enough thermal energy for Fahl's wings to press against tides of disillusionment in "Any Colour You Like." Even the familiar contours of "Brain Damage" exposed raw pathways of interpretation, lending prophetic credence to such lines as "The lunatics are in my hall / The paper holds their folded faces to the floor / And every day the paperboy brings more." Their continued relevance was so eerie, in fact, that it wormed into the ear canal like a daisy chain of undeniable truths.

In the wake of this aural eclipse, Fahl encored with a folky rendition of Puccini's "Nessun dorma" and, backed again by the full band, an uplifting send-off in the form of "Be My Hero." After leaving the venue, however, I was reminded of another well-worn October Project chorus—"I can hear the echo / In a maze of words / A lonely voice behind a door"—for Fahl is a living reminder, like anyone worthy of wrapping their every fiber around a once-in-a-generation voice, that those able to spin light from darkness are too often silenced by the din of the outside world. Nevertheless, Fahl has broken through the proverbial door and made herself heard, throwing oxygen tanks our way on the brink of drowning.