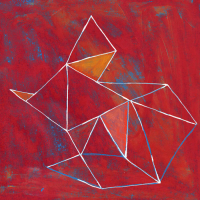 Joao Roque is a young Portuguese guitarist and this—cue in a fanfare—is his first album. It's a trifle hit and miss, Roque struggling to express himself. He writes his own material, so if he doesn't quite get there with one song, he starts over again with the next.

Enough originality emerges to make the album worthwhile. Enthusiasm counts for a good deal. As does sincerity.

Of his musical tribute to Lou Reed—the seventh track—Roque says: "I started to make the song on the day of Lou's death. I was listening to some of his numbers at home and took my guitar to play along on 'Walk On The Wild Side.' I love that song. It's so simple and so beautiful. Then I started playing variations on the first two chords. That triggered a theme and I gave the piece his name." It's one of the highlights of the collection.

The title of the opening number, "Amachucado," is a slang Portuguese expression meaning "hurt" or "wounded." Here Roque lays the vulnerable side of his musical psyche on the line. His guitar is slow and dreamy, his spare lines fleshed out by Joao Capinha on soprano saxophone.

Roque wrote "Dança Dos Marajas (Dance Of The Maharajahs)" for his girlfriend as an apology for his skills as a dancer. "I was trying to create a light waltz, but one worthy of princes and kings," he says.

"Origami," a light-hearted, up-tempo number, is constructed around a simple but effective bass figure played by Xico Santos, who gets his own showcase a little later on.

"Maria" is a reflective ballad, featuring Capinha on bass clarinet and "Dali" is surrealistic. What else could it be?