Born in Lemvig, Denmark, jazz singer Sinne Eeg graduated from the Music Conservatory of West Jutland in 2003, and subsequently studied with American jazz singers Janet Lawson and Jay Clayton in New York City. “I learned a lot from studying music intensively at the music conservatory,” she explained. “But I think a lot of my musicality comes from my childhood and teenage years where I was exposed to so much music and great music teachers. Jazz was a big part of my upbringing. I played in several local big bands (alto saxophone) when I was a teenager, and I learned a lot about the structures and phrasing of the music.”

During her musical upbringing, Eeg gravitated toward singers with lower, richer voices, like Julie London, Sarah Vaughan, Carmen McRae, Cassandra Wilson and Dianne Reeves. “Of course I studied all the great traditional jazz singers like Billie, Ella, Carmen, Anita and Sarah at the conservatory,” she said. “But it was also nice to have someone contemporary to look up to like Cassandra and Dianne, who respected the tradition of jazz singing but also had a fresh approach to it.” She recalled a seminal gig as a professional singer that helped launch her career. “It was a three-month engagement in Shanghai. They flew the whole band over from Denmark to play at The House Of Blues And Jazz six nights a week. During those three months I learned so much about performing in front of an audience and working with a band.”

After putting in her time for years on the road, performing at small clubs and cafes, Sinne won her first Danish Music Award for her album “Waiting For Dawn” in 2007. Her dark vocals and modern interpretation of Nordic jazz touched audiences all over Europe and Asia. Since then, Sinne has released several prize-winning albums, including her solo album “Dreams” from 2018, recorded in New York City with Scott Colley, Joey Baron, Larry Koonse and Jacob Christoffersen.

In early 2020 Sinne released one of her biggest projects ever: “We’ve Just Begun”, a winning collaboration with the 19-piece Danish Radio Big Band and her 9th album overall. The record was produced by André Fischer (Diane Schuur, Nina Simone, Natalie Cole) and mixed at the acclaimed Capitol Studios in Los Angeles by the legendary Al Schmitt (Frank Sinatra, Miles Davis, Ray Charles). The album has received countless international rave reviews, hovered high for many weeks on the American JazzWeek Top 50 chart, and continues to enjoy frequent airplay in all radio markets.

Sinne has many loyal fans in the US, Scandinavia and Asia, especially China and Japan. She is poised for a major breakthrough in the US, where she regularly tours. She has performed with American jazz icons including Larry Goldings, Peter Erskine and Ken Peplowski; and at storied jazz clubs including Green Mill in Chicago and Birdland in New York.

The Danish songstress is versatile, equally comfortable fronting big orchestras in concert halls as well as smaller ensembles in intimate jazz clubs. Everywhere she sings – Tokyo, Copenhagen, Los Angeles or Madrid – audiences are mesmerized by her incandescent phrasing and scatting, all with natural, perfect pitch.

Sinne Eeg is not only a brilliant vocalist; she is also a great songwriter. Her talent for writing and composing won the prestigious Danish Carl Prize 2018 for Song Of The Year, “Aleppo”, included on her album “Dreams”. Sinne has received numerous accolades, including four Danish Music Awards, the Danish Radio P2 Jazz Prize, the Ben Webster Prize, the French Prix Du Jazz and Queen Ingrid’s Honorary Grant, personally awarded by Queen Margrethe of Denmark. Show less

"The ravishing young Danish vocalist Sinne Eeg. Eeg has an amazing technique, coverage for all the tones she sings, a genuine jazz feeeling and an unusually large vocal range from top to bottom. Coupled with a totally obvious stage charisma, dignity and a sparkle in the eye, this really makes you surrender."

”A fully mature artist who dares to take chances, and succeeds with an instinctive feeling that lends credibility to everything she does.” —Boris Rabinowitsch, Politiken (Danish national daily newspaper)

"The ravishing young Danish vocalist Sinne Eeg. Eeg has an amazing technique, coverage for all the tones she sings, a genuine jazz feeeling and an unusually large vocal range from top to bottom. Coupled with a totally obvious stage charisma, dignity and a sparkle in the eye, this really makes you surrender."

”A fully mature artist who dares to take chances, and succeeds with an instinctive feeling that lends credibility to everything she does.” —Boris Rabinowitsch, Politiken (Danish national daily newspaper)

”A voice that is warm and tremendously expressive - sometimes revealing a touch of fragility - and whose emotional register ranges from delicate modesty to explosiveness, without falling for the temptation of over dramatizing. Add to this a talent for phrasing and a rhythmic emancipation that makes the music come alive in a way I have not experienced in any other Danish singer. It is equally rare to encounter a CD release containing a series of newly-written songs that are such gems.” —Boris Rabinowitsch, Politiken

”Not a single track seems superfluous; not one passage in a song seems lacking – which is why the album is so masterful. Immediately accessible, but at the same time so complex that new layers are constantly revealing themselves.” —Gaffa (Danish music magazine) 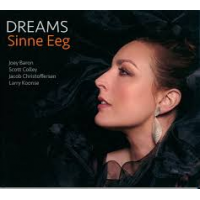 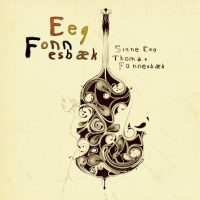 Don't Be So Blue 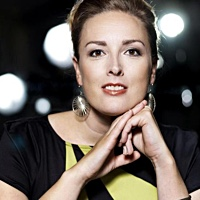 All About Jazz musician pages are maintained by musicians, publicists and trusted members like you. Interested? Tell us why you would like to improve the Sinne Eeg musician page.