The Swiss American composer Daniel was born 1961 in Zurich, Switzerland and lives in New York City. Among his credits as a composer are commissions to write new works for the Orpheus Chamber Orchestra in New York, the Tonkuenstler Orchestra in Vienna, the Radio Symphony Orchestra in Berlin, The Norrlands Operan in Sweden, the Chicago Sinfonietta, the Vienna Art Orchestra, the Tonhalle Orchestra Zurich, the Opera of Bern, the NDR Orchestra in Hannover, the NDR Big Band in Germany, the Milwaukee Symphony Orchestra, the New York based new music group "Absolute Ensemble" under the direction of Kristjan Jaervi, the St

The Many Faces of Jazz Today: The Big Picture

Five All About Jazz interviews provided source information for this article. To access them, click on the following links: Part 1 | Part 2 | Part 3 | Part 4 | Part 5 | Part 6 [In a series of five interviews entitled “The Many Faces of Jazz: Critical Dialogues," All ... 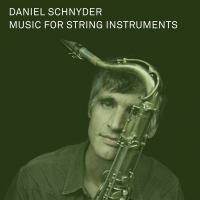 Saxophonist Charlie Parker revolutionized the world of music with his legendary approach to jazz. Unfortunately, his life was much too short and filled with tragedy. In 1955, Parker died at the age of 34 from excessive drug use. He died in the apartment of the Baroness Nica von Koenigswarter in New York City, but ironically his ...