Don Byas was one of the most respected and recorded tenor players of the 1940’s. In that fruitful period he had few peers in the the area of prolific productivity. Byas was a masterful swing player with his own style, an advanced sense of harmony, and a confidence and adventurousness that found him hanging around the beboppers and asking to play. He held his own and did so while insistently remaining himself: he never picked up the rhythmic phrases, the lightning triplets, which are indigenous to bop. Yet Charlie Parker said of him that Byas was playing everything there was to play. Born in Muskogee, Oklahoma, in 1912, he played alto as a teenager, subbing in territorial bands like Bennie Moten's and Walter Page's Blue Devils

Day of the Dead Show - A Sonic Alter

This week, we bring you G-Town Radio's 5th annual Day of the Dead weekend. For this week's Jazz Continuum program, we will feature a variety of jazz musicians paying homage to friends, mentors, and icons in the Jazz Continuum. Think of this as a sonic alter to those who came before in the music.

This week new releases from Chad Taylor and James Brandon Lewis, a soulful set of Ramsey Lewis (RIP), getting funky with the Electric Eddie Harris, Les McCann and Yusef Lateef, then a shift to a hot California set of '50s cool, and more. Playlist Thelonious Monk “Esistrophy (Theme)" from Live at the It Club-Complete ...

In 1970, tenor saxophonist Don Byas returned from Europe to perform at New York's Village Vanguard. He had been living abroad since 1946. A Dutch documentary called Homecoming was made of Byas's one-time return. The artist who Byas refers to as his close friend is pianist Jaki Byard. The band he plays with is the Thad ... 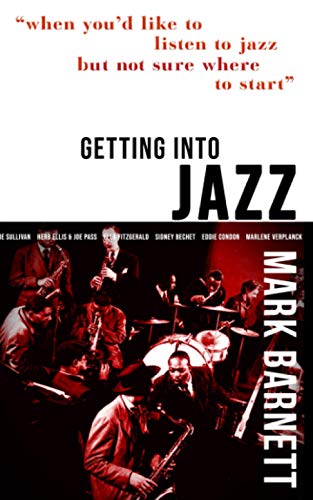 “Lots of people want to listen to jazz, but they don’t know where to start,” says Mark Barnett, author of Getting Into Jazz, a new book from Canoe Tree Press that offers lively tips on how to listen, along with step-by-step guides through some classic jazz CDs featuring such artists as Louis Armstrong, Stan Getz and ...