Edward "Sonny" Stitt was a quintessential saxophonist of the bebop idiom. He was also one of the most prolific saxophonists, recording over 100 records in his lifetime. He was nicknamed the "Lone Wolf" by jazz critic Dan Morgenstern, due to his relentless touring and his devotion to jazz. Stitt was born in Boston, Massachusetts, and grew up in Saginaw, Michigan. Stitt had a musical background; his father taught music, his brother was a classically trained pianist, and his mother was a piano teacher. His earliest recordings were from 1945, with Stan Getz and Dizzy Gillespie. He had also experienced playing in some swing bands, though he mainly played in bop bands 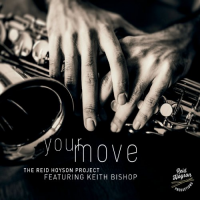