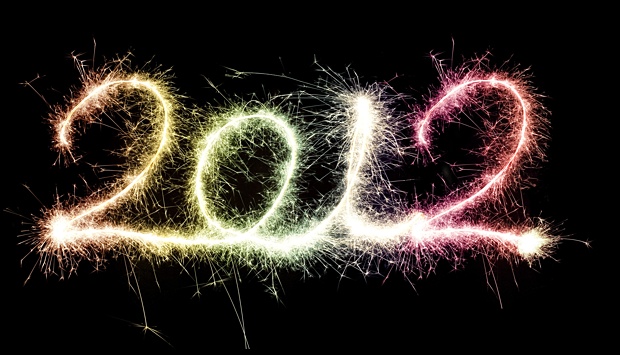 By Ken Franckling
January 5, 2013
Sign in to view read count
The world of jazz officially went global in 2012, kicked the Grammy Awards in the shins, dealt with economic issues and Mother Nature, and found new ways to innovate in this social media and Internet-savvy age. There were ups and there were downs for both longstanding clubs and festivals, too.

Here's a look at significant happenings across the jazz world over the past 12 months:

Jazz everywhere now has an official day to call its own. In 2011, the United Nations Educational, Scientific and Cultural Organization named pianist Herbie Hancock a Goodwill Ambassador. He wasted no time in making an impact in that role, partnering with UNESCO and the Thelonious Monk Institute to present International Jazz Day events in Paris and, on April 30, sunrise and sunset all-star concerts at Congo Square in New Orleans and the United Nations World Headquarters in New York respectively. The three-hour sunset concert featured several dozen all-star musicians from around the globe.

The Recording Academy restored the Latin Jazz category to the Grammy Awards, in a June announcement that was seen as a major victory for Latin jazz musicians and fans. They'd protested vehemently after the Academy's trustees reduced the award categories from 109 to 78 in 2011. Drummer Bobby Sanabria led the drive to get the category restored. A judge dismissed a musicians' lawsuit against the Recording Academy in April, but the trustees relented on Latin jazz and a few other categories two months later.

Jazz at Lincoln Center is in the midst of celebrating its 25th anniversary season as an arts organization—one that has grown quite robust under the leadership of Managing and Artistic Director Wynton Marsalis. The organization, which is blessed with a sleek concert hall, influential donors and big bucks in its till, is working to make an impact outside the Big Apple. JALC is also evolving by working to build a global audience for jazz through social media and its website. It now broadcasts concerts over the Internet, and is preparing hundreds of concert recordings so they can be made available online. In October, JALC opened a new venue in Qatar, a small peninsula nation on the Persian Gulf. Jazz at Lincoln Center Doha, a new 4,500 square-foot performance room at the St. Regis Doha hotel, is the first in a series of jazz clubs that St. Regis and JALC plan to create through a global partnership.

Jazz is hardly immune to the ups and downs of the economy. At times, it seems most vulnerable. We saw it this year on the club and festival front, and the impact of Mother Nature. We saw it after Superstorm Sandy in late October. Many musicians weren't able to get into New York City for gigs, or to leave their Big Apple home base for gigs elsewhere across the U.S., eliminating much-needed income in some cases. The storm damage wiped out more than a few home studios and/or instruments.

The Jazz Foundation of America staff worked tirelessly to help New York-area musicians with food, warm clothing, emergency needs and rent subsidies for some who had gigs canceled. Saxophonist Joe Lovano and bassist Mark Egan were among more than a dozen jazz musicians who took part in a Hudson Valley Musicians for Hurricane Sandy Relief benefit concert, which took place at the Sugar Loaf Performing Arts Center in mid-November. The Preservation Hall Jazz Band partnered with Ropeadope, Okayplayer, the Jazz Foundation of America and the NYC Food Truck Association to form Renew York, with to aid musicians affected by the storm, much as they'd helped with similar post-Katrina efforts in New Orleans.

More than a handful of area jazz clubs were impacted, with weeklong closings in some cases. The Blue Note was shuttered for five nights, the longest closure in its 31-year history. Programming at the Jazz Gallery was suspended even longer. Lacking electricity in Greenwich Village, Small's Jazz featured jam sessions by candlelight and flashlight.

Clubs Come, Go and Come Back

The club scene was in great flux throughout 2012. New York's fabled Oak Room at the Algonquin Hotel closed for good in February after a 32-year cabaret run. Feinstein's, the high-end supper club at the Loews Regency Hotel in Manhattan, is closing in January 2013 after 13 years at that site. Singer-pianist Michael Feinstein intends to move the club to a new space. Owner Alvin Reed closed Harlem's Lenox Lounge, a jazz club that opened in 1942, after the landlord doubled his monthly rent. Drummer Cecil Brooks III closed his Cecil's Jazz Club in West Orange, N.J. to concentrate on playing music and producing records. Café Paradiso closed in Ottawa, where it had been the center of the jazz scene in Canada's capital city.

On the plus side of the equation, renowned architect Frank Gehry signed on as pro bono designer of a new home for the Jazz Bakery in Los Angeles's Culver City neighborhood. A $10 million fundraising campaign is underway for the Jazz Bakery, which lost its lease at the Helms Bakery complex in 2009. Its new home will be next to the Kirk Douglas Theater. SFJAZZ's new SFJAZZ Center in San Francisco is set to open on January 21, 2013. New York's Kitano New York hotel expanded its jazz programming with an adjacent new supper club, Jazz at Kitano. Two years after the Cape May Jazz Festival folded due to financial and organizational woes (after presenting 34 weekend festivals in 17 years), a full-blown event returned to New Jersey's southernmost point in November with the Exit 0 International Jazz Festival. Producer Michael Kline's Spy Boy Productions plans to make the event a twice-a-year phenomenon like its predecessor.

Credit Where Credit is Long Overdue

"Solar" is a classic Miles Davis composition, right? Wrong. Library of Congress's jazz specialist Larry Appelbaum found proof that the instrumental was actually written by Chuck Wayne. The guitarist failed to register the song for copyright, which was filed in 1963 by Prestige Records identifying the composer as Davis. Appelbaum found a recording from 1946 in the Chuck Wayne Collection in which one clearly hears the famous theme. The tune is titled "Sonny" after Sonny Berman who also can be heard on the record. Ironically, the "Solar" melody of this song ended is engraved on Davis's tombstone.

In June, the United States Postal Service and its French equivalent, La Poste, released a joint pair of commemorative stamps, one honoring Miles Davis, the other honoring singer Edith Piaf. The Davis stamp featured David Gahr's classic profile photograph that became the cover of the trumpeter's A Tribute to Jack Johnson (Columbia, 1970).

Wilmington, DE officials dedicated a statue in Kirkwood Park November 9 to honor native son, trumpeter Clifford Brown, who died 56 years ago at age 25. Groundbreaking was held last April for a memorial to Charles Mingus in Nogales, Ariz., where the bassist was born in 1922. The memorial is set to open in April 2013 during the Charles Mingus Hometown Jazz Festival. The city of Alton, Ill., announced plans to honor native son Miles Davis with a life-sized statue of the trumpeter in the heart of the downtown entertainment district on Third Street.

Drummer Roy Haynes received the George Peabody Medal for Outstanding Contributions to Music in America from the Peabody Conservatory in Baltimore.

The United Nations appointed pianist Danilo Pérez as U.N. Artist for Peace to recognize his efforts to promote music programs for children living in extreme poverty in his native Panama.

Pianist/composer Myra Melford won the $75,000 2012 Alpert Award in the Arts for Music from the Herb Alpert Foundation.

Trombonist Daniel Blacksberg, Sun Ra Arkestra leader Marshall Allen, pianist/composer Matthew Mitchell and saxophonist/composer Greg Osby were among 13 Philadelphia-area artists receiving $60,000 no-strings-attached Pew Fellowships in the Arts in 2012. The honors recognize their artistic achievements and the potential to use the fellowship to advance their work.

The Beale Street Brass Note Walk of Fame in Memphis honored saxophonist Charles Lloyd in April, when he returned to play a concert in his hometown for the first time since 1964.

Clarinetist Don Byron, guitarist Bill Frisell, drummer John Hollenbeck, pianist Vijay Iyer and flautist Nicole Mitchell were among the 21 performing artists in the first class of Doris Duke Artists, a new initiative of the Doris Duke Charitable Foundation. Each will receive an unrestricted, multi-year cash grant of $225,000, plus as much as $50,000 more in targeted support for retirement savings and audience development.

Composer-pianist Vijay Iyer also won the Greenfield Prize, awarded this year in the field of music, from the Hermitage Artist Retreat and the Greenfield Foundation. The prize includes a $30,000 commission of an original work of art, a residency at the Hermitage in Englewood, FL, and a partnership with a professional arts organization to develop the work.

There's an App For That

Blue Note Records launched an innovative new app that enables users to explore and discover music spanning the entire history of the label from 1939 to present. The app is housed on the online music streaming service Spotify.

There's a new jazz record label on the block—with a production twist. Iridium Live will release live recordings from the New York midtown club by the same name. In additional to traditional sales vehicles in stores, online and at the club, releases in the Iridium's Freshly Burned series will be available for purchase immediately following performances.

Blind jazz-rock guitarist Jeff Golub stepped onto the tracks at a New York subway station in September but was only grazed by a train as the motorman screeched it to a halt. Golub had his guide dog at his side but mistakenly believed he was stepping through a door onto a subway car. He said the train hit him on the leg before he was able to climb back onto the platform with the help of fellow straphangers.

Nobody Wins This One

Singer Dee Dee Bridgewater, the headliner at the first Miami Nice Jazz Festival on October 26, took to the stage at Miami's Gusman Center, but said she would not perform because of a contract dispute. After getting half of her $17,000 fee in advance via wire, final payment at the concert was by regular check, not cash or a certified check as specified. Bridgewater then walked off stage. Organizers said she left with the check even though she didn't perform. If that didn't cause enough of a stir among area jazz fans, the Miami Jazz Festival, which was scheduled on November 17 and 18 with acts including Trio Da Paz and pianist Monty Alexander, was canceled because of poor ticket sales.

There were many losses in the jazz world during 2012, ranging from pianist, composer and bandleader Dave Brubeck and composer Clare Fischer to drummer Pete La Roca, saxophonists Red Holloway, John Tchicai and David S. Ware, and singer Etta James. A comprehensive listing follows.