Arturo Sandoval is a virtuoso trumpet master who has expressed his versatility in the realms of jazz, Latin Jazz, popular and classical music. He has won six Grammy’s , one Emmy, is a multiple Billboard award winner for his top selling records, of which he has over twenty seven as leader, and has appeared on hundreds of sessions. On top of being a full time professor, he maintains a rigorous touring schedule, and is known for his riveting performances always accompanied by premier musicians. Born in Artemisa, a small village in the province of Havana, Cuba on November 6, 1949, Arturo started playing music at age 13 in the village band, learning the basics of music theory and percussion 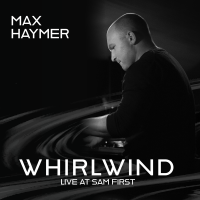 Los Angeles pianist and composer Max Haymer has been a busy man this past decade, touring as a longtime member of Arturo Sandoval's band, leading his own group and performing as an accompanist to singer Jane Monheit. Accordingly, Whirlwind: Live at Sam First is Haymer's first album since Pickpocket Witness (CD Baby, 2008) twelve years ago. ... 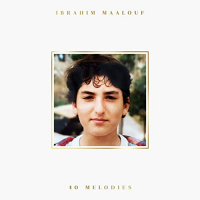 The age of 40, in America at least, is looked at with fear as the start of middle age. For many, it is a state of limbo; the knee pains say they are not young; however, that black hair says they are not old either. Many people buy a motorcycle or start an ill-conceived fling with ...

All About Jazz is celebrating Arturo Sandoval's birthday today! Arturo Sandoval is a virtuoso trumpet master who has expressed his versatility in the realms of jazz, Latin Jazz, popular and classical music. He has won six Grammy’s , one Emmy, is a multiple Billboard award winner for his top selling records, of which he has over ... 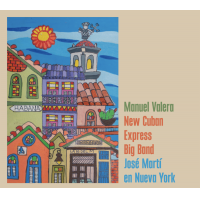 This crackling debut from Teymur Phell is a hearty, eclectic and loud funk-fusion party. He sets the tone right away with “Zero to Sixty"--a title that's actually a bit misleading since it kicks off already at sixty mph—and shows that he knows his way around a bass, and also has plenty of use for one with ...