Had Charlie Christian not died of tuberculosis at age 25 in 1942, he certainly would have been the first guitarist to record bebop. His single-string attack on Up on Teddy's Hill with Dizzy Gillespie, captured live at Minton's in 1941, was clearly ahead of its time. But the solo was more blues than bop, a jazz form that hadn't been fully formed yet. The first bebop guitar solo recorded in a studio would come three years later, on February 9, 1945 when Dizzy Gillespie led a sextet on two tracks for Guild Records. The guitarist on the date was Chuck Wayne, who today is more closely associated with the George Shearing Quintet and Tony Bennett's early records

These Are My Roots: Clifford Jordan Plays Leadbelly 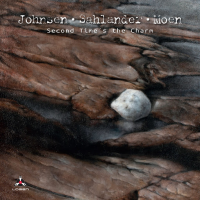 Fleet-fingered and an ear for the saxophone, Chuck Wayne was one of the first guitarists to play bebop. He recorded with Joe Marsala and Dizzy Gillespie in January 1945 and then with the Gillespie Sextet in February on Groovin' High and Blue 'n' Boogie with Dexter Gordon. He also was in Woody Herman's First Herd in ...

Meet Michael Francis Zinna:60 years old. Grew up in New York and Long Island. Loved the guitar the first time I heard it. Growing up in New York, jazz was all around. My first epiphany came with the great blues renaissance of the 1960s. Then I heard Wes Montgomery and people like Barney Kesseland ...

The world of jazz officially went global in 2012, kicked the Grammy Awards in the shins, dealt with economic issues and Mother Nature, and found new ways to innovate in this social media and Internet-savvy age. There were ups and there were downs for both longstanding clubs and festivals, too. Here's a look at ...

Who wrote what and when? This question pops up often when jazz fans try to figure out who composed their favorite jazz standards. And like most lamppost shadows that form in the dead of night, nothing is as it seems. For example, Richard Carpenter is credited as the composer of Walkin'. Yet little is known about ...