"From her first album in 1991, it was clear that this pianist and composer would stay around," the New York Times said of Myra Melford. Melford has not only stuck around, but she has flourished. She has appeared on more than 20 recordings, including nine as a leader , performed in more than 30 countries, won major awards for composition and piano performance, and worked with some of the world's most innovative musicians. Melford's staying power is the product of ceaseless musical travels; she's always going somewhere. As Francis Davis noted , "Myra Melford is the genuine article, the most gifted pianist/composer to emerge from jazz since Anthony Davis." At the keyboard, Melford recasts the blues and boogie- woogie of her Chicago hometown, folds in elements of the music of Eastern Europe and India, and blends them with the rangy, percussive avant-garde stylings she cultivated in studies with Don Pullen and Henry Threadgill

Myra Melford: For The Love Of Fire And Water

Inspired by artist Cy Twombly, pianist Myra Melford has produced a superb album which combines notated signposts with unbridled exchanges. She's helped by an all star agglomeration comprising some of New York's most accoplished instrumentalists: guitarist Mary Halvorson, saxophonist Ingrid Laubrock, cellist Tomeka Reid and drummer Susie Ibarra. As might be expected of the city's brightest ... 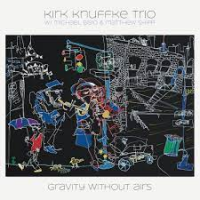