By approaching jazz from a wide scope, Afro-Danish-American John Tchicai has been continuously progressive throughout his life. Born in Copenhagen, Denmark, in 1936, of a Danish mother and a Congolese father and growing up in healthy surroundings, John Martin Tchicai became a leading exponent of the jazz avant-garde in New York in the '60s and a father-figure for the European avant-garde after that. Now based in Davis, California, and Claira, France, by a single-mindedness of purpose and action, his work still reflects what he's always been doing, which is innovate and inspire other people, in a most refreshing way

The backstory of New York Ear and Eye Control is a significant factor in the music and the direction free jazz took in the 1960s. Filmmaker Michael Snow commissioned Albert Ayler's trio with bassist Gary Peacock and drummer Sunny Murray to record a thirty-minute soundtrack for a movie, “Walking Woman," he had yet to film. As ...

The development of so-called free jazz in New York during the first half of the 1960s was topped and tailed by three landmark recordings: Ornette Coleman's Free Jazz (Atlantic, 1961), John Coltrane's Ascension (Impulse, 1966) and Albert Ayler's New York Eye And Ear Control (ESP, 1966). Of the three discs, only New York Eye And Ear ... 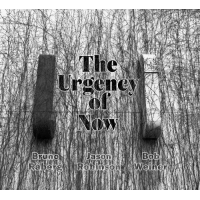 Chicago-born pianist Narada Burton Greene (b.1937) can be called a veteran of the 1960s jazz avant-garde—the starting point of his universal musical life. In 1962, he moved to New York and founded, together with bassist Alan Silva, the Free Form Improvisational Ensemble, which played improvised music without preconceived compositional elements. In 1965, he became a member ...

This 2020 reissue of the New York Contemporary Five recordings from 1963-64 can't help but draw one's attention to the social unrest occurring in America in 2020. In 1964 the riots in Harlem and Philadelphia over police brutality were followed by similar riots a few years later in Watts, Newark, Detroit, etc. In the growing civil ...