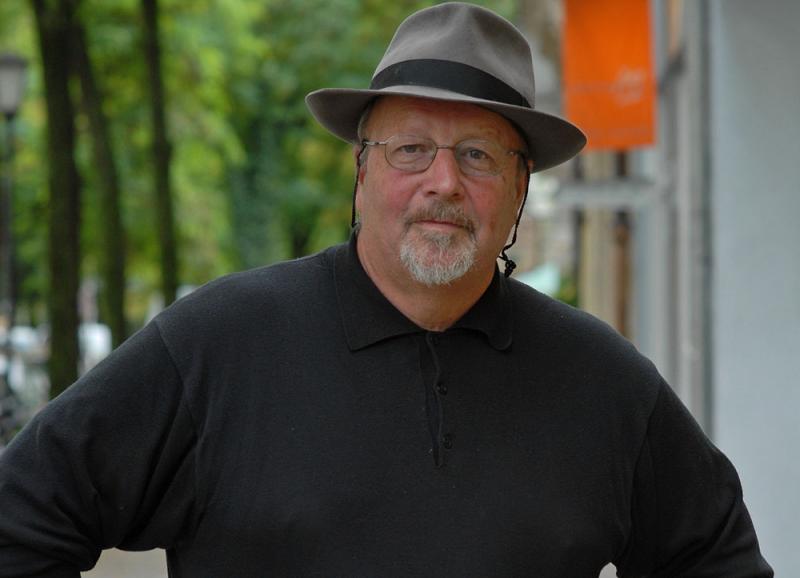 BY BOB HATTEAU
November 1, 2011
Sign in to view read count

Jazz is a much more private music than many others are.

ENJA Records, the Münich-based jazz label, was founded in 1971 by Matthias Winckelmann and Horst Weber. For the last forty years ENJA has built an impressive catalog, with more than seven hundred releases that cover a wide range of the jazz history.

At the early stage Winckelmann and Weber focused on the avant-garde jazz, mainly from Europe and Japan. By the end of the 1970s, some of the major American representatives from the free jazz scene also joined ENJA, amongst them Archie Shepp, Cecil Taylor and Eric Dolphy.

In 1986, Winckelmann and Weber decided to go their separate ways and put an end to their 15-year collaboration. Winckelmann remained as the head of ENJA, signing some historic jazz masters like Chet Baker, Kenny Barron and McCoy Tyner. Then, during the 190s, ENJA opened its discography to world music-centric jazz artists including Rabih Abou-Khalil and Dhafer Youssef.

Nowadays, although Winckelmann pays particular attention to contemporary European jazz, ENJA does continue to play the cards of diversity, from Abdullah Ibrahim to Bennie Wallace, with a roster of more than two hundred artists. 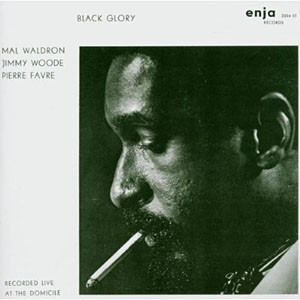 All About Jazz: ENJA is 40 years old. Could you tell the story of the label's birth?

Matthias Winckelmann: Well, we [Horst Weber ] met at the first tiny jazz club in Münich when I was still a senior student at Münich University, in the late sixties, I think. Horst was a clothes designer, and an avid jazz fan as well, which sometimes took him to Japan, where he made good contacts with the jazz scene. Japan, in those days, was a great jazz country. One day he came to me and told me how the Japanese liked Mal Waldron, the last pianist for Billie Holiday. I had just met Mal, here in Münich, and we were good friends. So we decided to do a production and offered it, when done, to a major Japanese label. Waldron's Black Glory (ENJA, 1971) was the start.

AAJ: How come you jumped into jazz music rather than classical (in line with the long and rich German tradition), or the rock music of the 1970s, which would have undoubtedly been more profitable?

MW: I was hooked by jazz at age 17, when I heard Charlie Parker for the first time, after being fascinated by Louis Armstrong. I cared a lot about classical music; it was in my upbringing and I went to concerts—mostly of the modern kind—regularly. But the jazz experience went deeper. Rock, I thought, was utterly boring mass music. When we started ENJA, we didn't think of making money above the minimum. It was pure passion.

AAJ: Why is jazz different from other music and what was it about the music that moved you?

MW: The feeling of a mid-tempo Elvin Jones drum accompaniment is a unique adventure which you do not find in any other music. It combines subtlety and intensity in a gentle way. Why do you love one girl more than another?

AAJ: Coming back to ENJA, what does it stand for?

MW: Originally it didn't stand for anything. We thought of a nice, female ending, pronounceable in many languages, shifted around letters, later gave it the meaning European New Jazz, and went into American straight-ahead jazz, after a short avant-garde hiatus.

AAJ: How would you describe the different eras of ENJA's life?

AAJ: From Abou-Khalil to Attila Zoller, ENJA has signed more than 250 artists. What is your approach to finding and building relationships with your artists?

MW: When I hear an artist on a CD or at a festival, or when he is recommended by other artists, I always try to hear him at a full concert or in a club. Only there can you really find out what he is about. I always looked for originality more than virtuosity.

AAJ: Could you tell us some stories about the way you met and recorded Waldron, Zoller, Khalil, Ibrahim, Baker—or any others that comes to mind?

MW: I met Waldron at a Sunday afternoon session in a club where black US Soldiers checked the out the local girls. I met Baker many times in Germany, but also at the Chat Qui Pêche in Paris, where I spent a lot of times during university holidays. As far as Zoller is concerned, it was at the Frankfurt jazz club during school holiday when he played a session after a JATP [Jazz at the Philharmonic] concert with Phineas Newborn, Jr., Zoot Sims, Roy Eldridge and J.J. Johnson—what a night! I had escaped from boarding school for that night and was very nearly kicked out of school.

Attila became a close friend later; I always roomed with him in New York and he stayed in my house when in Germany. 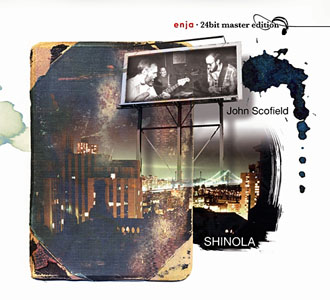 AAJ: The ENJA catalog counts more than 700 releases, from mainstream to the avant-garde: how would you describe ENJA's musical orientation?

MW: Difficult, I often get accused of not having a real line in the music. Maybe high quality is the only connecting feature. For many years I only recorded what I really liked, what turned me on. Lousy business plan, I know.

AAJ: ENJA has also put forward some historic jazz figures who have perhaps been slightly undervalued in Europe, such as Charlie Mariano, Art Farmer, Eddie Gomez and Flanagan. What do you feel is the inheritance from these masters?

MW: It's the most important feature of my catalog. Flanagan, for example, was a quiet, beautiful person and brilliant player; full of the greatest ideas packaged in a slightly conservative form. It's the exact opposite of rock star who must turn on huge crowds. I think jazz is a much more private music than many others are.

AAJ: Lucien Dubuis, Vincent Courtois, Nils Wogram, Pascal Schumacher, Gabriele Mirabassi... ENJA pays attention to contemporary European jazz musicians, too. What are your criteria to select new players? Since you know the US and European jazz scenes, how would you compare them?

MW: We quite live in different worlds, in the US and Europe. Here jazz is much more accepted as a great art form and in the media as well. This is only beginning to be understood in the US. Europe is so rich these days—too rich?—in well-educated, highly gifted musicians. Of course it's the same in the US.

Anyway comparisons do not make much sense: we are not in sports. Europe does have a much broader media scene, which used to be even broader some thirty years ago, as we all know. But still the amount of jazz on the air is so much more than in the US.

AAJ: Forgetting Abou-Khalil for a moment, who has been with the label for more than twenty years, it looks as if ENJA has recently opened its catalog to ethno-jazz artists like Rudresh Mahanthappa, Akyol Aly Keita and Dhafer Youssef . Is it really a "new" orientation for ENJA?

MW: Not really. I never wanted to run a jazz museum of older jazz. I am always looking for personalities, no matter their style. The latest example is pianist Malcolm Braff, son of an American missionary, born and brought up in Brazil, then West Africa, and finally settled in Switzerland now; what a new , original voice.

AAJ: How do you see the influence of the world music on jazz?

MW: I think jazz rather influences world music, through the improvisation which has become central.

AAJ: ENJA, ECM, Winter & Winter, ACT... How could you explain the creativity among German independent labels?

MW: Well, I think it has to do with the general acceptance here, but also with the support you get from the five national radio stations. Several of our heavier productions with excellent but hard-to-sell artists would have been impossible without the financial support, for example, of WDR in Cologne, like composer Klaus Koenig's five great works.

AAJ: Amongst the albums recorded by ENJA, what is the split between studio and live recordings? 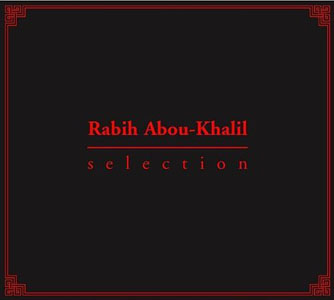 AAJ: From analog to digital, and from LPs to MP3, the way to record and the support have completely changed over time. Do you see an impact of those technical changes on jazz music itself?

MW: Not really. One thing is important, though. In the old days you did two-track recordings, and it means that what was recorded was the finished take. The group had to have highest concentration and intensity. These days, with the multi-track technology, everybody can choose to record their solos over and over. This leans more to a compositional approach and sometimes lowers the excitement.

AAJ: How have the music markets and, more particularly, the jazz market evolved with those technological changes?

MW: We are also busy in the download world, which has becomes more and more important—nowadays, about 15% of our sales.

AAJ: How has ENJA been adapting to the digital era?

MW: About 70 % of the back catalog has been transferred to digital. We are proud of the ENJA Master Series, the analog productions that we have recently transferred, with contemporary high quality technology, to digital.

AAJ: If you wanted to bring someone to jazz, what ENJA recordings would you recommend?

MW: Well, we have about seven hundreds and they all might have their impact ...I hope

Bob is a freelance writer and columnist based in Paris, France.