Phineas Newborn, Jr. was an American jazz pianist, whose principal influences were Art Tatum, Oscar Peterson and Bud Powell. Newborn came from a musical family with his father being a blues musician and his brother (Edwin) Calvin Newborn (born April 27, 1933) being a jazz guitarist. Phineas studied piano as well as trumpet, and tenor and baritone saxophone.

Newborn first played in an R&B band led by his father (Phineas Newborn, Sr.), a drummer and with Tuff Green and his brother before moving on to work with Lionel Hampton, Charles Mingus, and others. His earliest recordings were with blues harmonica player Big Walter Horton.

From 1956 he began to perform in New York City, making his first album as a leader in that year. He created enough interest internationally to work as a single in Stockholm in 1958 and in Rome the following year.

Subsequently moving to Los Angeles around 1960, he recorded a sequence of piano trio albums for the Contemporary label. However, some critics found his playing style rather facile, and Newborn developed emotional problems as a result, necessitating his admission to the Camarillo State Mental Hospital for some periods. He also suffered a hand injury which hindered his playing.

Newborn’s later career was intermittent due to ongoing health problems. This is most true of the period from the mid-1960s to mid-1970s when he faded from view. He would make a partial comeback in the late 1970s and early 1980s, although this return apparently failed to benefit his financial situation as he is said to have been buried in a pauper's grave as no one would pay for his burial. Despite his setbacks many of his records, such as The Great Jazz Piano of Phineas Newborn, Jr, remain highly regarded. Leonard Feather once said of him "In his prime, he was one of the three greatest jazz pianists of all time. 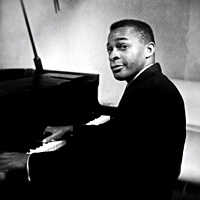 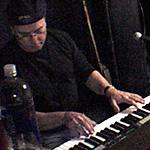 All About Jazz musician pages are maintained by musicians, publicists and trusted members like you. Interested? Tell us why you would like to improve the Phineas Newborn, Jr. musician page.