Musical experiences Lucien Dubuis has been an active musician in the jazz and improvised music scene for several years. He also performed theater music, film music and “Chanson francophone”.

He is representant of the Conservatory of Montreux at IASJ (International association of School of Jazz) meeting in Sienna (IT), with Dave Liebman as president, 1997

He is also the Swiss representant of the European Jazz Youth Orchestra (In Europe) directed by Pierre Dorge, 1998.

Plays with Hans Koch, Martin Schütz and Christian Müller for the final of the Swiss National Expositon: Expo.02 in Bienne (CH), 2002.

Event for the Opening of the “Swiss Diagonal Festival” and other concerts in Switzerland with the guitar player Marc Ribot (New York) as guest, 2005.

Tours in Colombia, Bolivia and Poland with his trio, 2005 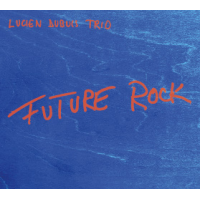 Live from the Surface... 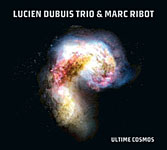 All About Jazz musician pages are maintained by musicians, publicists and trusted members like you. Interested? Tell us why you would like to improve the Lucien Dubuis musician page.