His uncle, a professional violinist, gave him music lessons as a teen, but the rise of the Third Reich forced him to keep his passion for jazz in check. Over time Mangelsdorff taught himself guitar, but following World War II he managed to acquire a used trombone in exchange for cigarettes he often played for audiences comprised of the American soldiers who remained stationed overseas, finally performing to crowds who shared his appreciation for jazz. Word of Mangelsdorff's prowess on the trombone soon reached his fellow musicians, and in 1952 he made his recording debut in support of saxophonist Hans Koller.

He also worked in small groups and with the Dance Hesse Radio Orchestra throughout the decade, and in 1958 was selected to serve as the German representative for the Newport Jazz Festival International Band, an opportunity that resulted in collaborations with U.S. giants like Gerry Mulligan and Louis Armstrong.

Upon returning to Germany, Mangelsdorff inaugurated a prolific recording period that included collaborations with sibling Emil, Modern Jazz Quartet pianist John Lewis (the 1962 Atlantic LP Animal Dance), and his own quintet featuring his longtime associate, saxophonist Heinz Sauer. As the decade continued, Mangelsdorff moved increasingly into the realm of free jazz, culminating in his first unaccompanied solo performance at the Munich Olympic Games in 1972.

He made solo trombone a heretofore unknown concept in jazz a reality via multiphonics, the physically and technically demanding simultaneous blowing and singing of notes into his horn; the method opened vast new dimensions like harmonies and chords, and over the years Mangelsdorff also incorporated modal improvising and even rock & roll elements into the equation.

In 1980, the American magazine Down Beat named him the world's best trombonist from there, he worked with the NDR Big Band, the Manfred Schoof-led Old Friends, and the United Jazz + Rock Ensemble, and in 2003 celebrated his 75th birthday with an all-star celebration at Frankfurt's Die Alte Oper. 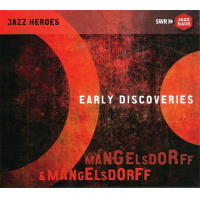 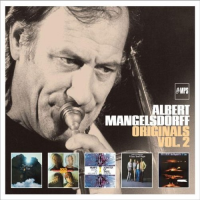 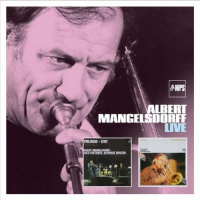 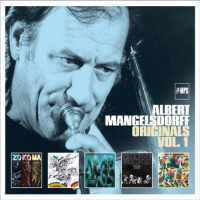 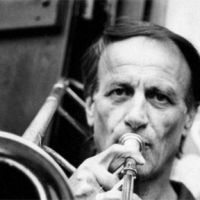 All About Jazz musician pages are maintained by musicians, publicists and trusted members like you. Interested? Tell us why you would like to improve the Albert Mangelsdorff musician page.