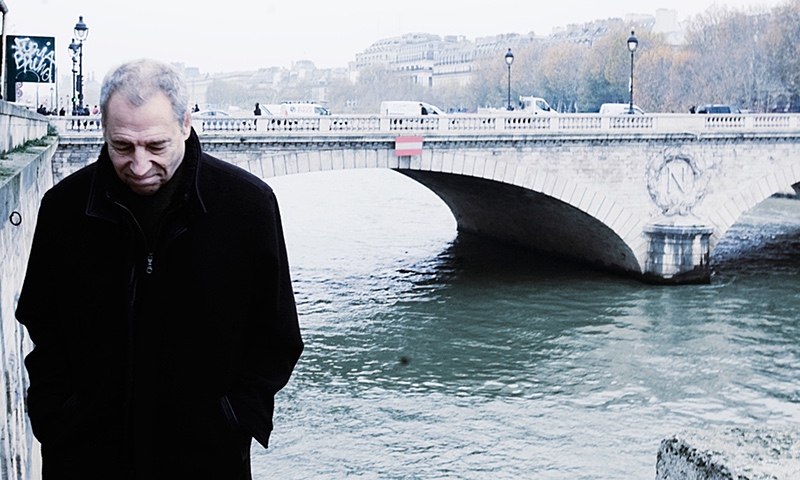 Ben Sidran is an old school hipster in the authentic sense of the word. He's a no frills, musician's musician who's got the heart, got the chops. He's been there, done that, and ready to do more. Sidran has never been interested in following trends or squeezing into categories and is not about to start now. "In jazz, they want you to be yourself, but they only want you to be yourself in their category, and if you're not, it becomes your problem and not theirs. I'm a child of R & B and a child of rock 'n roll, yet I'm a bebopper. It's been a problem for 45 years in terms of most jazz festivals and magazines. They'll cover you if you play straight up jazz or rock no roll, but they don't know what to do with you if both places are natural. For us (him and his 60s cohort), there was no difference. I could imagine Pharoah Sanders with James Brown, or Ben Webster and T-Bone Walker."

He could also imagine making the natural transition from vocals to spoken word. "In the last few years, I've been going directly to the spoken word and rap. For years I thought I had to soft pedal that, but at one point, it seemed time to own it. The London Times called me 'the first existential jazz rapper.' Spoken word is a very respected tradition. If you go back to Irving Berlin, Harry "the Hipster" Gibson, Louis Jordan, and later Bob Dylan, you see they were all doing songs using street language instead of "The King's English." As he pauses to reflect on this, we are joined by his son Leo, drummer in the band and tour manager, who interjects: "One of the innovations and contributions Ben is making is to do his raps like a solo, in loose rhyming form. It's totally coherent and philosophical and often rhymes. It's something like rapping and preaching, channeling all this history and philosophy."

Sidran's latest recording Blue Camus (produced by Leo Sidran) was launched November 8 in Amsterdam at the start of a mini European tour that included pit stops in Copenhagen, Paris, and Madrid, at the usual venues: North Sea Jazz Club, Montmartre, Sunset, and Café Central. It concluded stateside in New York City on December 3 and 8 at the Jazz Standard and Brotherhood Synagogue before two final gigs in Davenport Iowa at the Redstone Room, River Music Experience. It will be released in the U.S. in Spring 2015, and as Sidran explains: "It's a natural title, encompassing the existential and the blues. If you understand about existentialism, the links with Kerouac and Paris, it's part of that canon." He expresses concern about potential listeners connecting with the title and the contents. "For instance, when people don't recognize Camus and pronounce it Cay-Mus or Ca-moose, it's shocking, the number of people who don't get it. I don't know if they'll open it up and see it's about philosophy, jazz musicians are true philosophers. I thought we were giving them a clue to what I'm all about, but instead we gave them a problem to solve. It's surprising that these days people aren't in tune with it. It's the repertoire of not being educated but being aware. It's not the dumbing down, it seems more like the disillusion of the canon. It's like I'm going through the forest leaving crumbs behind me. Didn't it follow (the last CD) Don't Cry for No Hipster, and didn't the Hipster follow Dylan Different?," he asks, referring to his two previous releases.

Our conversation shifts to jazz culture. The importance of mentoring young musicians, and not just learning by rote, what some call conservatory syndrome. "When Leo was 16 we started playing gigs together at Mr. P's Place, a funky little club in Madison. Frank Morgan was living in Milwaukee and he hired us for a gig with Richard Davis. Frank was not an academic player; as Dizzy would say, 'he played from the nub.' And just like Betty Carter would do with the young cats she put through their paces, Morgan would shout instructions to Leo, 'I want sticks, brushes in my solo.' Leo, now 37, with a few recordings under his belt (the latest, Mucho Leo) interjects without missing a beat. "Only now do I realize what an unusual and inclusive way it was for me to start playing professionally because they had played with everybody and could have easily played with anyone, saying I'm not playing with a 16-year-old. When I think of Morgan and Davis not only playing with a young drummer but understanding their own responsibility of showing me the way, I realize that they understood and embraced the value of nurturing a young musician."

Ben nods in assent. "It's why the great jazz cats were so heartfelt. I'm old enough to remember coming up and playing with Johnny Griffin and Bunky Green. There was a tenderness in their discipline. They made it clear that there was a discipline to what they were doing and they enforced it all the time. It was assumed the notes would come. It was about living this life, and if you got the life you'd get the music. It's about how you live your life and then the music follows. Today everybody is focused on the music but that's not necessarily where it came from. It's one thing to be able to play your instrument; it's often another thing to be able to tell a story on your instrument, a personal story with a personal voice. Wynton Marsalis once told me, I didn't know how to play a solo until Art Blakey. I didn't know what we were supposed to be doing. In less than a year later he won two Grammys. We're playing solos now, but using the grammar of the English language, and it's a different grammar. But you need to have something to say."

Sidran has never been at a loss for words. In 1971, he wrote his PhD dissertation at the University of Sussex, which resulted in a published book, which remains in print. Black Talk: How the Music of Black America Created a Radical Alternative to the Values of Western Literary Tradition. There were other books along the way: Talking Jazz, An Illustrated Oral History (1991), and Ben Sidran: A Life in the Music (2003). In 2012, still another book was published: There Was a Fire: Jews, Music and the American Dream. He speaks with pride about this full circle odyssey. "In the last 45 years I was so glad to be able to write about the Jewish and the Black experience. My feeling is that without Jews and Blacks there would be no American popular culture. If you go through it, that's where it came from and that I was able to live long enough to write about those connections, it's a kind of solace. To me, Black Talk and There is a Fire are book ends."

He says that "the journey is as much internal as it was external. After getting the PHd, I wasn't going to study the information any more. I was going to become the information. I had spent many years learning and studying the impact of jazz. In jazz, the musician is the message, not the music. It's the way you lead your life. And I discovered 45 years ago that it's about self-transformation. When you work on the music, you're working on yourself. Writing There is a Fire was the hardest thing I've ever done. It took ten years and it has been a wonderful trip for me. It came on the heels of the CD, Life's a Lesson. And it led me down an amazing path that turned out to be internal. The Jewish question was always my thing, I just didn't know it. Who is a Jew, what is a Jew? They turned out to be my questions. In the U.S. these are secular questions, and it's a rewarding way to frame your story. It's about living the engaged life, not looking for answers but asking the right questions." Part of remaining engaged means giving lectures and concerts at synagogues throughout the United States. "When I do the lectures at synagogues and other Jewish venues, I approach them as I do any jazz gig, with an open heart, a head full of ideas and a faith in my mouth to connect the two."

What's up for 2015? After Blue Camus is released in the spring, he's got two projects. For starters, he'll be ghosting the autobiography of Tommy LiPuma, legendary Grammy award-winning producer (Barbra Streisand, Miles Davis, Al Jarreau, George Benson, Natalie Cole, Michael Franks, Diana Krall) and record company mogul (Blue Thumb and Verve), who he describes as "a true original, one of the last of his generation of record men who started out loving music and sweeping floors and winding up at the top of the corporate and artistic mountains." A new recording will also be in the works, Boogie Chillin', which he says means a lot to him, since Boogie Woogie was his first love. "I started playing piano at ten, learning how to play boogie woogie." He says that since the Steve Miller days (when he played the harpsichord on "Baby's Callin' Me Home" and authored "Space Cowboy") it's all been that shuffle groove. And now I'm going to put philosophical raps along with the Boogie Woogie."

I couldn't resist asking if he thinks these are good times for jazz. "The real answer, the true answer is that jazz is 20th century music and this is the 21st century. It won't evolve from the culture but from the concept. The culture that gave rise to it is no more. That doesn't mean that it doesn't get played. Bach and Mozart still get played." Over a cup of coffee or on the podium Sidran engages in friendly banter, spontaneously citing the great masters of jazz, like some encyclopedia of the genre. In his 1981 composition "Piano Players," he pays homage to the great keyboard masters, citing one virtuoso after the other: Bud Powell, Wynton Kelly, Art Tatum, Phineas Newborn, Jr., Thelonious Monk, Cecil Taylor, George Shearing and more. He is equally discerning about the members in his band, referencing Art Blakey, who said: 'there are guys I'd like in my band, but they won't fit because their personalities don't fit.' Blue Camus has two families who've been together for 30 years, the Sidrans and the Petersons. It's the four of us, and it's hysterical, the most natural thing in the world, like a travelling Passover seder."