Ben Sidran, a master of many trades in music and media, makes your average Renaissance man look like a slacker. Jazz pianist of international renown, lyricist of a rock classic, award-winning national broadcaster, record and video producer, scholar, author, journalist, and father to a second generation musical prodigy, Sidran has been a major player in modern jazz, rock and pop for over forty years. Ben Sidran is more widely recognized as the host of National Public Radio’s landmark jazz series “Jazz Alive”, which received a Peabody Award, and as the host of VH-1 television’s “New Visions” series, which received the Ace Award for best music series.

Born in Chicago in 1943”his father was a friend of Saul Bellow's”Sidran was raised in the industrial lakeshore city of Racine, Wisconsin, going up to Madison to play keyboards at frat houses parties while still a teenager in 1960. The next year he was enrolled at the university, playing dates on campus and around town. He soon joined the Ardells, a Southern comfort party band led by frat boy singer Steve Miller and his friend Boz Scaggs. But when Miller and Scaggs went west to become stars, Sidran stayed to complete his degree in English lit.

After graduating from the UW in 1966 (with honors), Sidran moved to England to pursue a Master's Degree in American Studies at the University of Sussex. But when the Steve Miller Band came to England the following year to record with the legendary British engineer Glyn Johns, Sidran found himself back on the two-track life of academia and music.

It started with his haunting harpsichord break on Scaggs' “Baby's Calling Me Home” for the Miller band's debut album, “Children of the Future.” A little later on, Ben would pen the lyrics for Miller's “Space Cowboy,” earning a place in rock history (and enough royalties to pay for his graduate degrees). While still pursuing his studies, Sidran also developed a relationship with Johns, often doing session work at Olympic Studios with musicians like Eric Clapton and the Rolling Stones. In 1969, Johns produced Sidran's demo tape, featuring Charlie Watts, Peter Frampton and others.

Upon receiving his doctorate in American Studies at the height of the war-induced grad school glut, Sidran faced bleak prospects in academia. Then he realized his time for studying the information was over; it was time to become the information. So in the fall of 1970, after dropping his dissertation with some publishers, he moved to Los Angeles to go into the record business. Things started to break in a hurry. First came competing bids to publish his thesis; Ben bypassed the low-key offer from Oxford University Press to take a lucrative (to him, at the time) offer from Holt, Rinehart & Winston to publish the dissertation as Black Talk, or How the Music of Black America Created a Radical Alternative to the Values of Western Literary Tradition. Then, thanks to an introduction from Johns, Sidran soon had his own record deal on Capitol Records. Feel Your Groove, a jazz/rock hybrid, featured Blue Mitchell on trumpet (the first of five such engagements), guitarists Scaggs and Ed Davis and Jim Keltner on drums.

Recognizing Ben's skills on both sides of the studio, Capitol also offered him a job as staff producer. But because his wife Judy was unhappy in the isolated haze of the Hollywood hills, Sidran did the unthinkable and walked away from LA in the summer of '71, returning to Madison just as Feel Your Groove was released and Black Talk was published (a set of circumstances which did not provoke the label into excessive promotional activity). Taking up the Hammond B3 residency at a local club, Sidran soon found another life- long musical partner when James Brown played in town and his drummer, Clyde Stubblefield, stayed behind. It wasn't long before another national label came calling - Blue Thumb Records, which released Ben's “I Lead a Life” in 1972, quickly followed by “Puttin' In Time on Planet Earth”(1972) and “Don't Let Go,” (1973).

Sidran showcased his many talents in varied fields the year he turned 30 - leading a national tour, producing Tony Williams and Paul Pena, creating and hosting a weekly television series, even returning to academia to teach the social aesthetics of record production at the UW. His pace hasn't slackened since.

Sidran continued to click on many levels throughout the 1990s, even expanded his efforts to include starting his own label, Go Jazz records. Early Sidran-produced Go Jazz releases included Georgie Fame's “Cool Car Blues,” and “The Blues and Me,” Ricky Peterson's “Smile Blue,” and Phil Upchurch's “Whatever Happened to the Blues.”

In 1993, Sidran combined his art with his soul on “Life's a Lesson,” a jazz-infused collection of Jewish liturgical and folk songs. In a five-decade career (so far), this Go Jazz release is one of the crowning personal and artistic achievements.

The end of the century brought another emotional highlight - the release of “Concert for Garcia Lorca,” a tribute to the martyred Spanish poet, Federico Garcia Lorca. Recorded in the courtyard of Garcia Lorca's home, the album earned Ben another Grammy nomination (he lost to Madonna).

Ben has maintained his steady output of high-quality work, both on his own (“Mr. P's Shuffle,” and “Live From the Celebrity Lounge,”) and with such artists as Van Morrison and David Sanborn. In 2001 he produced two more Grammy-nominated albums, “Mose Chronicles” (Mose Allison) and “It's Like This” (Rickie Lee Jones).

Building on the Spanish influence that infused the Garcia Lorca release, in 2002 Ben wrote and produced (along with son Leo) the bi-lingual children's CD, “El Elefante,” winner of the Parents' Choice Award. That year, Ben somehow found time to return to the UW as artist-in-residence, and release his critically acclaimed memoir, A Life in the Music (Taylor).

In 2003, Ben and Leo created Nardis Music, a bouique label featuring enhanced CD's of all original releases. Among its first releases was Ben’s own Nick's Bump (2004). This was followed by Bumpin’ at the Sunside, recorded live in Paris (2006) and Cien Noches, recorded live in Madrid (2008). In 2010, Sidran completed Dylan Different, a tribute to the music of Bob Dylan; in 2012, he received the Distinguished Alumni Award from the University of Wisconsin and published his long awaited text on the Jewish influence on American popular music, There Was a Fire: Jews, Music and the American Dream. In 2019, his award winning biography of producer Tommy LiPuma, The Ballad of Tommy LiPuma, won that Independent Publisher's award.

Ben Sidran to Perform Sunday, September 12 at Kol Am Temple 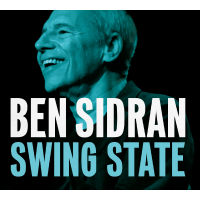 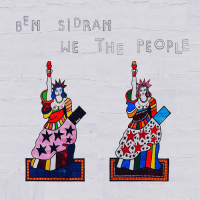 We The People (Single) 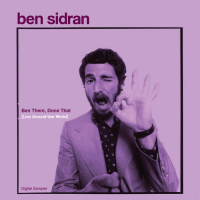 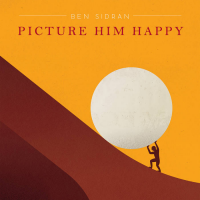 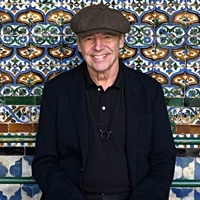 All About Jazz musician pages are maintained by musicians, publicists and trusted members like you. Interested? Tell us why you would like to improve the Ben Sidran musician page.