BY LEO SIDRAN | The Third Story
August 24, 2020
Sign in to view read count
Click the play button to listen to this episode.
For the second year in a row, I talk to my dad, musician/producer/journalist/philosopher Ben Sidran in honor of his birthday. This time he's turning 77, and we consider his recent projects, including the books "The Ballad of Tommy LiPuma" and "There Was a Fire: Jews, Music and the American Dream," and his latest single "Look Who's the Old Guy Now."

Of course, these are atypical times, and so this is an atypical episode, in which we discuss being alive on the planet in Covid times, watching livestream jazz, getting older, the difference between Troubadours, Shamans and Griots, going "underground," why jazz is sometimes called "the sound of surprise," whether or not the idea of "popular music" will endure into the twenty-first century, how a bill becomes a law, Miles Davis' posture, and just what exactly "hay foot straw foot" means. 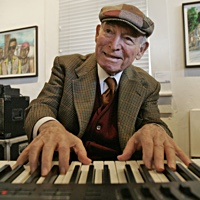