Over the languorous course of 33 years and 16 albums, Michael Franks has mesmerized an international legion of fans with his one-of-a-kind artistry. Seamlessly weaving lyrics of stunning sensuality, wit, reflection and literary eloquence over music that tastefully utilizes top shelf shadings of jazz, soul, pop, chamber and music from around the globe, Michael Franks the songwriter has set a bar in the music world that places him as nothing less than a statesman of song craft. His best known works include “Popsicle Toes,” “Monkey See-Monkey Do,” “The Lady Wants To Know,” “When the Cookie Jar is Empty,” “Tiger in the Rain,” “Rainy Night in Tokyo” and “Tell Me All About It” (covered by artists ranging from Diana Krall and Natalie Cole to Manhattan Transfer and the Carpenters). As if that weren't enough, Michael Franks the singer is gifted with a gentle, deliciously expressive voice - identifiable from note one.

For his 17th album, Rendezvous in Rio (his first for Koch Records - in stores June 27), Michael Franks sways to a very familiar South American beat. The CD marks a 180-degree shift in scenario and temperature zone from his previous project, the holiday/winter CD Watching the Snow. On Rendezvous, Michael collaborates with old friends/producers Jeff Lorber, Jimmy Haslip (of the fusion band Yellowjackets) and guitarist Chuck Loeb, as well as newer partners engineer/bassist Scott Petito and his touring Musical Director and keyboardist Charles Blenzig. Blenzig proved literally 'instrumental' in the creation of the funky, melodic bossa that became the title track, “Rendezvous in Rio.” “That song was originally an instrumental with a different title from a record that Charles recorded,” Michael shares. “It was more Latin than Brazilian, but that was the first music I sat down and wrote to for this album in September of 2005.”

Brazilian music, culture and vibe have haunted Michael's work from early on. The country's renowned composer Antonio Carlos Jobim has been such a significant influence on his writing that Michael has dedicated three songs to him over the years: “Antonio's Song (The Rainbow),” “Like Water, Like Wind” and “Abandoned Garden.” And for his third album, Sleeping Gypsy (1977), Michael flew down to Rio to record two now-classic compositions: “Down in Brazil” and “B'Wana-He No Home.” Listening to his catalog as well as new songs like “Under the Sun,” one might assume that Michael has journeyed often to the land of the cafe' au lait cariocas...but he's only been once.

The first song Michael recorded for Rendezvous in Rio, which set the tone for the CD, represents a rarity for Michael - a cover. Though he has written lyrics for previously composed songs before, the songwriter isn't one to do straight renditions of other people's material. The fortunate exception here is a charming piece by Paolo Jobim and Ronaldo Bastos titled “Samba do Soho” that features lovely exchanges between the guitar and flute 'trading 8s.' “I admire this piece very much,” Michael states. “There's just something so enduringly happy about it. My friends Astrud Gilberto and Paolo gave me a demo cassette of the song years ago. She'd recorded it on an album with the James Last Orchestra and Paolo had sung it on his father’s (Antonio Carlos Jobim’s) album, Passarim.” Dueting with Michael on the chorus in Portugese is singer Pamela Driggs (wife of guitarist Romero Lubambo who plays on the title track).

Another gem of the album is “The Chemistry of Love”, an evocative meditation on organic oneness between a man and a woman. It's a composition of Michael's that was first recorded as the title track of an album by Japanese Flugelhorn player, Toku. For his own version, Michael called upon keyboardist Jeff Lorber at the start of this project and, as always, received simpatico results. “I gave Lorber 'Chemistry' and we talked about possible players. Jeff jumped on the song right away and e-mailed me an arrangement a few days later that was great.”

Receiving that track from Lorber so quickly got Michael's creative juices flowing for the tasks ahead of laying out the rest of the album, the most important aspect of which - beyond composing - is casting the proper musicians for each song as he goes...something for which he has become an undisputed master. From Gary Meek's laidback solo and sectional sax work that colors the clever wordplay of “Scatsville” (dig Michael's recurring scat line here) to Eric Marienthal's tangier tenor on the more robust ‘unrequited love’ song “The Question is Why,” every player is hand-picked with the finesse of first class interior design.

Moving into the meat of Rendezvous in Rio, we find four exceptionally introspective pieces that provide a peak into Michael's past and the fabric of his artistic self.

The first is yet another selection from his musical Noa Noa that explores the life of the painter Gauguin. Since 1990, selections from this musical have appeared on Michael's albums Blue Pacific (”Vincent's Ear,” “On the Inside” and “Woman in the Waves”) and Abandoned Garden (”Without Your Love” and “In the Yellow House”). For this CD, we are treated to “The Critics Are Never Kind,” a musical conversation between the painters Gauguin, Van Gogh and Degas. In a more traditional type of 'casting,' Michael asked his friend Robbie Dupree (of 1980's “Steal Away” fame) to voice Gauguin and singer Larry Hoppen (of Orleans) to be Degas while he took the role of Van Gogh himself. The joy and pain of uncompromised artistry is explored in both the lyric and the music of this song. It opens as a moody urban blues as the gentlemen turn the tables to skewer the critics. Later, a brightening bridge cascades into the chorus as the men sing together of the satisfaction derived from “what it's like to get high on sweet inspiration.”

Noa Noa was briefly work-shopped off-Broadway at Playwrights Horizons in 1995, but its 28 songs have yet to be given a proper showcase. Michael hopes to remedy this by recording a cast album, then taking a cast on the road to perform it like summer stock. Stay tuned for further developments.

Personal and musical revelations abound in a pair of the album's jazziest numbers, “The Cool School” and “Hearing 'Take Five'” - the origins of which stretch back to a fateful day in Michael's early `60s teen years growing up in the San Diego area. “I never studied music formally,” he reflects. “Blues and folk were really popular then and I was just starting to play guitar. My parents' taste leaned toward vocalists of the day like June Christy and Peggy Lee. But I remember going to a friend's house one weekend where his father played me some of his new records. He took me into the living room where they had this audiophile Hi-Fi - very minimalist with tubes and stuff. The one my parents had was a console that looked like it could double as a liquor cabinet, so I was really impressed! Anyway, he played me Mose Allison's “Your Mind is On Vacation” (from I Don't Worry About A Thing - 1962 - Atlantic) and Dave Brubeck's “Take Five” (from Time Out - 1959 - Columbia). When I heard those two songs, I felt like the blinders had been taken off - like I'd had some kind of musical cataract surgery to discover that there was so much more music out there to hear. It was a turning point.”

Michael brilliantly uses that turning point to reminisce on an era when musical giants roamed the earth. On “The Cool School,” a jazz waltz with a smoky Wes Montgomery feel in the lead guitar played by Chuck Loeb, Michael muses, “Am I dinosaur, yeah you bet / I grew up listening to Mose and Chet / Let others fume and fuss / Belabor the obvious / Me, I'm a child of the cool school.” Then on “Hearing 'Take Five'” - a masterful 5/4 musing produced by bassist Jimmy Haslip, arranged by pianist Roger Burn and featuring the first drum solo ever on a Michael Franks album (courtesy of the volcanic Vinnie Colaiuta) - our hero sings, “For once pure genius also was fame / And once I heard it I was never the same / Paul Desmond, Gene and Joe and Dave / Brought my Philco alive / Playing 'Take Five.'”

Thoughts on the bittersweet tinge of time's passing bring Michael's latest masterpiece to a heartwarming close with “Songbirds,” offering hypnotic reflections on the passing of singular singers and artists. Thoughts such as this grow more profound each time we read or hear about another great musician making their transition from the planet. Michael dedicates “Songbirds” to singer/writer Randy VanWarmer (who sang stellar background vocals on Michael's Quiet Storm classic “Tahitian Moon” from Objects of Desire) and drummer/songwriter John Guerin (who played on Michael's salad days albums The Art of Tea and Sleeping Gypsy, co-writing “Don't Be Blue”). The men passed away within four days of each other in January of 2004. Michael eloquently eulogizes within the song, “When I consider your absence / Then my smile erases / Sure, the Creator creates / But rarely He replaces...”

“The thing that gets me when we lose someone within that stratum of people,” Michael reflects, “especially when it comes to the elders of the jazz community - there's no one to fill their shoes. It's like the end of an era.”

As long as Michael Franks continues to put pen to paper, lending life and voice to song, and creating poetically inspired albums such as Rendezvous in Rio, the tradition of true artistry will gracefully endure...like branches braving the night breeze in Brazilian banana trees. Show less

STLJN Saturday Video Showcase: "Down in Brazil" with Michael Franks

Born With The Moon In... 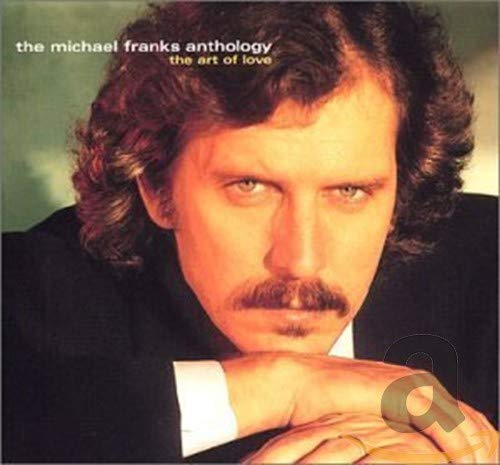 Anthology: The Art of...

From: Time Together
By Michael Franks

All About Jazz musician pages are maintained by musicians, publicists and trusted members like you. Interested? Tell us why you would like to improve the Michael Franks musician page.