Appreciated as both musician and performer by millions, George Benson has always had the duel personae of expert improviser and vibrant entertainer. He has always placed his keenly discerning art in the service of a rousing good time. Rounding out his singular approach with sly, seductive rhythm and blues, he's earned himself an impeccable reputation as one of music's most enterprising and engaging stars.

Few might have predicted that striking level of stardom some forty years ago, when Benson was a fledgling guitarist working the corner pubs of his native Pittsburgh. That's where his yen to please a crowd was born. “I was an entertainer first,” he says proudly “As a kid I sang, danced and played the ukelele in a nightclub. As my career has progressed, I've had the pleasure of playing with the baddest jazz cats on the planet. But that doesn't change my desire to entertain folks. That's really who I am.”

It was Wes Montgomery, one of jazz's most creative players, who came across Benson early on; the vet complimented the young guitarist, urging him to continue his already impressive work. In the early 1960s, Benson apprenticed with organist Brother Jack McDuff; he found the organist's gritty swing a fertile ground for the sly, confident and adventurous guitar lines which earned him an early rep as a master.

“Jack turned me on to a lot of stuff,” muses Benson. “A lot of the jazz tunes we played together were danceable, and that furthered my understanding of what people wanted. When jazz was danceable, it was king. The intellectual stuff that came later on - Charlie Parker and all that - turned toward a brainier sound. That was good, and I dug it. But I really like when people kick up their heels and go crazy.”

Montgomery had called one of his best records Boss Guitar. Benson had both the conviction and chops to nip at his hero's heels; his 1964 debut was released as The New Boss Guitar. It lived up to its title. Benson's tone was juicy, and his blues solos sparkled with a carefully honed logic. A jaunty funk and swing aesthetic prevailed. By the time legendary talent scout John Hammond signed Benson to Columbia, the guitarist's name was bubbling throughout the industry. His work for the label proved Hammond's hunch to be on-target: brains and flash were in perfect synch. “I'd sat down with a great blind pianist from San Francisco name Freddy Gambrel,” recalls Benson. “He turned me onto some wonderful ways to get in and out of chord changes and weld harmonies together. Of course I still wanted to be like Charlie Christian, Django Reinhardt, and Hank Garland - my heroes. I've always liked the hot guitar guys.”

Playing the combination won Benson access to all sorts of arenas. His work was boundless: in the late '60s he sat in on heady Miles Davis sessions, and also put a personal spin on the tunes from the Beatles' Abbey Road. Hooking up with the CTI label in 1970, he was united with many of jazz's finest instrumentalists, including Stanley Turrentine, Ron Carter, and Freddie Hubbard. His visibility and prestige grew even further. Classic albums, such as Beyond the Blue Horizon, abounded. But after a while different ideas began to flow from Benson's muse. And the environment didn't seem right for growth.

“I'd been screaming about my guitar sound for years, and they didn't want to hear about it. I wanted to use my band in the studio, just get comfortable and test out some stuff. But it was like pulling teeth. The first time I tried to sing along with my guitar, everybody in the studio booed. They all said that it wouldn't work. When I got with Tommy LiPuma all that changed. He said 'Sure, let's go with some vocals, see where we get.' And you know what happened after that.” What happened was Breezin', the first jazz record to attain platinum sales. The 1976 blockbuster, his first in a long association with Warner Bros. Records, brought the instrumental title track to jazz radio. And Benson's soulful update of Leon Russell's “This Masquerade,” which featured the guitarist scatting along with his solo break, was a pop smash. He followed up with a sultry version of “On Broadway,” and the irresistible “Give Me The Night,” which thrilled many a dancer. Benson was a superstar.

Some old fans were miffed about this new pop success. “I guess that's the biggest crime I've made as far as jazz lovers go,” offers Benson. “They don't always like to see you play for the general public. They want to be catered to. But I've tried that approach and it doesn't work for me. Nobody can stay one way for 30 years. I've always tried to let my experience show itself. You learn, you change. The door opened and I walked through it.” Throughout the 1980s Warner Bros. and LiPuma followed their smash success with several terrific Benson records. Individually, they blended grooves and guitar work, proving that R&B was a natural part of Benson's profile. Collectively, they cemented his global renowned. The guitarist has won eight Grammies, played around the world, and thrilled many crowds with his playing.

In the mid-'90s Benson followed LiPuma to the GRP label. Their association had proven artistically and commercially fertile; both wanted to sustain it. Together they cut the 1996 gem That's Right. It offered a modern version of contemporary jazz that reminded its listeners Benson was one of the genre's forefathers. These days Benson's interests are many. He's often spotted out at Manhattan jazz clubs, checking the action of fledgling guitarists. The most impressive of the lot are sometimes invited back to Benson HQ for jam sessions and stylistic powwows. The guitarist is resolute about keeping the sparkle in his playing.

“The younger cats awaken something in me from the early days. I love listening and playing with guys like Joshua Redman, Roy Hargrove, and Christian McBride. When they tell me I've still got the chops, I feel great.” Benson's latest GRP disc is Standing Together. It not only assures that his chops are sharper than ever, but suggests that his studio savvy is continuing to grow. This time around, he uses elements of hip hop and Caribbean rhythms to keep his personalized R&B on the edgy side.

“I'm not against ear candy,” he chuckles, “but I like mine to be significant, not just noises in the record. Some of those backing tracks on the new record are cool. They give me little tidbits of sound to bounce my guitar lines off of.” Said like a open-minded creative type, which is exactly who Benson is. Unfazed by the constrictions of predictability, he's built a career on sniffing out what people enjoy hearing, and what he enjoys playing. “I had to break a couple rules along the way,” he reflects. “There was an unwritten law: be cool, don't get too raunchy. But jazz was once hanging-out music. And the easiest way to involve people is by getting 'em tapping their feet. When they're tapping a bit, they'll go your way. That's when I can float any kind of jazz line into the music. Once the audience knows I respect them, they let me be whatever I want to be. I hope - no, I firmly believe - that will always be the case.” Show less 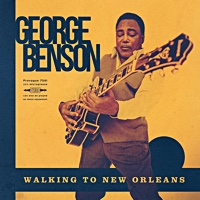 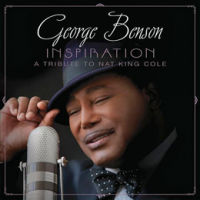 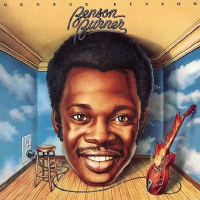 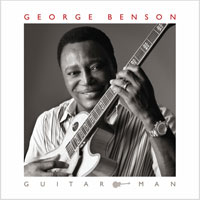 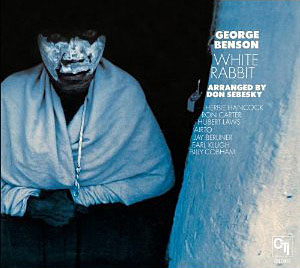 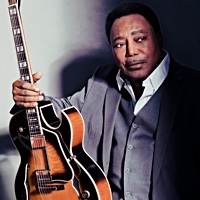 All About Jazz musician pages are maintained by musicians, publicists and trusted members like you. Interested? Tell us why you would like to improve the George Benson musician page.