Jamey Arent is a guitarist, songwriter, and singer based in Los Angeles, described by Guitar Player Magazine as “a stunning player straddling blues, jazz, and rock.”

Born in Denver, Jamey picked up the guitar at the of age 12, when he first heard the Beatles. After completing a degree in jazz studies from the Oberlin Conservatory, he moved to Los Angeles to get a master's degree in studio/jazz guitar from USC and begin his career as a gigging musician.

As a sideman, Jamey has performed and recorded with artists like Frankie Valli and the Four Seasons, Matthew Morrison, B. Slade, Spencer Day, Nigel Hall, and Raquel Rodriguez. Jamey's guitar playing can also be heard on the soundtracks for Netflix, TBS, and Comedy Central shows, including Netflix's original series Motown Magic, where Jamey had the opportunity to record on songs performed by Smokey Robinson and Trombone Shorty.

With his debut EP, The Back Burner, Jamey steps into the spotlight as a solo artist with a guitar-driven blend of blues, funk, jazz, and soul. Produced by renowned guitarist Josh Smith, the album also features appearances by Nigel Hall (Lettuce) and Raquel Rodriguez, as well as co-writers Amber Navran (Moonchild) and Spencer Day.

“The Back Burner by the incredibly talented Jamey Arent, is one of those EPs that demand peak volume on a quality sound system. Arent is not only a master of guitar, he is a master of groove. And all six tunes, a blend of guitar-driven blues, funk, jazz and rock, are stellar–not just the musicianship but the songs themselves.”- Rock and Blues Muse

Many years experience teaching private lessons as well as work as a Graduate Teaching Assistant at the University of Southern California, teaching the beginning guitar course.

Sly and the Family Stone 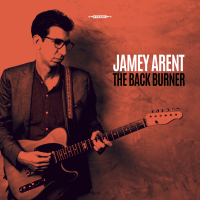 All About Jazz musician pages are maintained by musicians, publicists and trusted members like you. Interested? Tell us why you would like to improve the Jamey Arent musician page.