Donald Fagen’s Morph The Cat is just your average soulful and sexy masterpiece about love, death and homeland defense. “There’s nothing sexier than the Apocalypse,” Fagen explains helpfully. “I suppose you could call this album Apocalypse Wow.”

The darkly beautiful third solo effort from Fagen - the longtime co-leader of Steely Dan - follows 1981’s classic The Nightfly and 1993’s acclaimed Kamakiriad, and represents the latest installment in what now appears to be a powerful and at times deeply personal trilogy. “The Nightfly is sort of looking from the standpoint of youth, “Fagen explains. “Kamakiriad would be more about midlife. This new one is about endings really. So in a way this really has become a sort of trilogy. In fact, there are plans to put all three albums out in a box where they belong.”

Along with his recording and touring with the reconstituted Steely Dan over the past decade, the inspired Morph The Cat offers the latest evidence that Fagen - whose long bout with writer’s block ate up much of the Eighties - has become some sort of late-blooming workhorse. How does Fagen explain his productivity of late? “I don’t know - marriage?” offers Fagen who married singer-songwriter Libby Titus in 1993. “Marriage is good, but I think I’ve actually been fairly consistent except for that spell in the Eighties. Other than that time, I’ve either been recording or touring pretty solidly. And I’m always writing - I have a lot of cassettes in a box with ideas.”

The material that Fagen wrote for Morph The Cat goes back a number of years, but the project crystallized in the past two years as he began to ponder life and death issues in a new way. “I’m starting to get older, and began to think about mortality a little more,” says Fagen. “My mother died in 2003 and that was a big shock. When your parents start to die off, that’s going to be a revelation. So for me, this album - although it might sound quite cheery - is really talking a lot about death.”

On first impression, for instance, the appearance of the album’s title character “Morph The Cat” might sound like some adorable feline visitation. Yet by the time this characteristically groovy and jazzy title tune reprises at the end of the album - following the vaguely frightening “Mary Shut The Garden Door” - it becomes clear Morph might be more Trojan Horse than just some warm and fuzzy pussy. “Yeah,” Fagen says by way of confirmation, “Morph is only fuzzy on first impression.” In his liner notes, Fagen describes the infectious song’s storyline thusly: “A vast, ghostly cat-thing descends on New York City, bestowing on its citizens a kind of ecstasy.”

Fagen reveals here that “Mary Shut The Garden Door” - with its hints of “War of The Worlds” type attack - was in fact inspired by another different though still scary invasion. “Actually I wrote that one right after the Republican Convention came to Manhattan,” he recalls. “I’d much rather be fighting aliens - although there are some similarities. I think it’s safe to say that my fears at the time were borne out to the letter.”

This potent combination of dark thoughts and upbeat tunes is nothing new for Fagen. “Walter Becker and I had that plan from the beginning,” Fagen says of his gifted Steely Dan co- conspirator. “It’s worked pretty well for three decades, so there’s no point in stopping now.” By the same token, the man who made bomb shelters sexy with The Nightfly’s “New Frontier” now brings a newfound sexual heat to the airport pat-down on another gem, “Security Joan.” For Fagen, “Security is such a mortifying and monotonous experience that you have to try and distract yourself somehow.”

Fagen has no problem if Morph The Cat resonates with our troubled and troubling times. “I don’t think you can escape the environment we live in now, and if Steely Dan has survived - and I have survived as a solo artist - it’s partly because we’ve reflected what’s going on around us. We’ve always copped to getting older and not tried to preserve any false rock & roll youth.”

Indeed, another of Morph The Cat’s highlights is a salute of sorts to nesting called “The Great Pagoda of Funn.” As Fagen recalls, “I was trying to come up with something that sounded exotic and yet safe at the same time. When you have a lover and build a relationship that seems safe, you feel you like you have a kind of edifice separating you from the horrors of the world. That’s the image I came up with. And I like the “Funn” spelled with two n’s. It has something of Gilbert & Sullivan about it - like something left over from “The Mikado.” That one is sort of Bogus Oriental. And there’s nothing better than Bogus Oriental.”

One more standout is “It’s What I Do,” a song that features the ghost of the late great Ray Charles in a major role. “Actually I had that tune for awhile,” says Fagen. “I think I didn’t accept myself as a performer until very recently. I always thought I had this sort of fake job. Like a lot of people of my generation, I didn’t quite sink into my actual profession, so it was difficult for me to take myself seriously in any given role. So I had this song that concerned itself with that concept. Then when Ray Charles died, I realized it would be much better if I addressed it to Ray Charles rather than just have it be about me because he was such a great role model. So that one’s really a younger version of myself addressing the ghost of Ray Charles.”

Musically, Morph The Cat blends jazz, soul and other musical influences - not unlike Brother Ray once did - with extended grooves and ever changing textures and a sort of musical ambition rarely heard anymore - think Aja set in current day Manhattan. “I like it when songs develop in some way and four minutes isn’t usually enough time for something to develop musically usually,” says Fagen. “I’m still kind of plugged into the Duke Ellington model - something akin to classical music - where you start with something, you develop it a little bit and stick with it. And when you get a groove going, time flies.”

Written and arranged by Fagen with engineering help by Elliot Scheiner, Morph The Cat features some familiar names among its musicians. “The players here are people who Walter and I have been working with for a while,” says Fagen. “When we started touring again in the Nineties, we began building a band again. Most of the players on the record are the people we ended up with after going through various players through the Nineties and now into the Twenty-First Century.”

Fagen says he has no concern about releasing Morph The Cat at a time when the music industry and the market seem as uncertain as the world itself. “I operate under Seventies rules no matter what time it is,” Fagen explains. “It’s a contract I have with my mind. I just keep forging on no matter what and reality doesn’t have much to do with it.” Show less

Steely Dan’s Donald Fagen Just Doesn’t Get It (Unless He Does?)

Steely Dan's Donald Fagen to Sit in for Levon Helm at Midnight Rambles...

World Premiere of Donald Fagen's "Morph the Cat" on The Wave 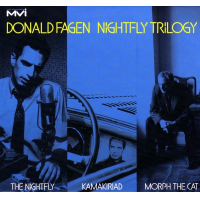 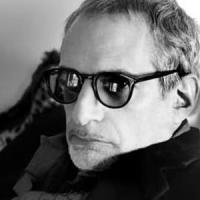 All About Jazz musician pages are maintained by musicians, publicists and trusted members like you. Interested? Tell us why you would like to improve the Donald Fagen musician page.