HIS MUSICS ———— His heart balances and dances on bossa nova, but Dimitri is “jazzing" instinctively everything he plays. Whether Funk, RnB, Rock, Pop or Blues, his playing and his musical chords give a more or less jazz colours to each of his creations and arrangements.

He owes his inspiration to very great artists who have made significant contributions to him throughout their productions over the past 30 years. One with which he feels the most intimate is Al Jarreau. It also owes much to George Duke in terms of musical arrangements.

Of course he gives a high gratitude to Carlos Antonio Jobim whose works inspire many of his compositions in Bossa Nova. But it also owes much to work and production of Donald Faggen who is his main source of inspiration for his Blues & Rock compositions.

It is difficult to list them all as many are having fed him all these years. However it cannot fail to mention his main inspiration and master of Funk : the eternal and very late Johnny Guitar Watson.

A BIG thanks to them.

BIO —- Dimitri is from a family of five children whose parents play the piano in their moments of relaxation (his mother on classical pieces and his father's on jazz tunes). He will hear daily throughout his childhood regular bossa nova and jazz vinyl records of his parents (especially Antonio Carlos Jobim and Errol Garner). Very young, he sits at the piano and with his sole ears learns by himself to re- play melodies and song themes he has in memory or in his mind.

At 15, at decision time for the rest of his education and career, music is deeply rooted in him. But another very inner desire to found a happy family with children led him to favor a career in engineering, safer to support its future relatives.

Music will be for him a patient and steady companion with which his artist heart can confide through each of his compositions. For months, years, he will refine and perfect his game, secretly recording his compositions (on mini K7, magnetic tape, diskette, CD, MP3). Compositions treasured for over 30 years, each time with hope then the belief they will be shared later when the time will come.

His professional career as an engineer in a large global energy Company approaching its final stretch, he decides in 2011 to launch the gradual transition of his activity towards a second career in the music. Now the tunnel end is visible.

Music became other thing in his life than a hobby when the 14th of February 2012 he is formally admitted into the Société des Auteurs, Compositeurs et Editeurs de Musique (SACEM). Show less

Dimitri Gollety Keyboard Paris Bossa Nova jazz vocals Jazz Funk Soul rnb Pop Jazz
Good news friends ! My Youtube channel now gathers all I released by this day under my 4 EPs projects ! 34 HD Tracks of Original & Fabulous grooves ! ==> For a higher pleasure activate random access before starting the playlist. And please, please, if you like : 1/ Subscribe and take time to savor it, 2/ like ❤️ and 3/ share it. You will contribute by this to increase audience and visibility of my works. https://www.youtube.com/user/dimitrigol/featured ——- 2017-2020 Bill Evans Piano Academy - Paris 2016-2017 ATLA - Paris 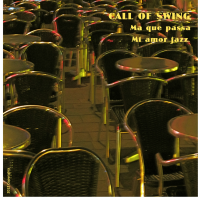 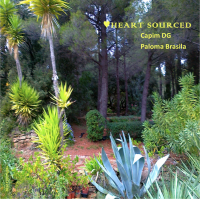 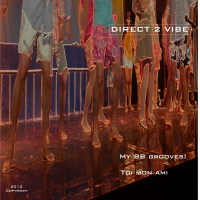 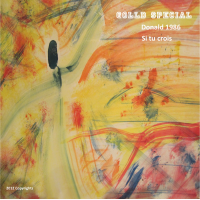 All About Jazz musician pages are maintained by musicians, publicists and trusted members like you. Interested? Tell us why you would like to improve the Dimitri Gollety musician page.