The wind howls around the stone walls of the century's old country barn turned modern recording studio in a particularly idyllic patch of the rolling Cotswold hills in the English midlands. It's quite the place to make a life, which is exactly what Steve Winwood did, having owned the facility for decades. And as such, it was a terrific place to make Nine Lives, a wide-reaching and captivating album that further enhances one of the most distinctive and cherished legacies in pop music recorded in the picturesque, inspiring setting.

Nine Lives touches on and expands on all the many phases and turns of Winwood's lustrous career, bristling with his pure joy of music-making. The new songs range from the inspiring "Fly" to the burning "Dirty City" (featuring a guest appearance by long-time friend Eric Clapton, hot on the heels of their acclaimed Madison Square Garden concerts together) to the simmering "Hungry Man." And they join a canon spanning more than forty years and including some of the most beloved songs of modern pop and rock: With his signature work with the Spencer Davis Group ("Gimme Some Lovin' ") to Traffic ("Dear Mr. Fantasy," "The Low Spark of High Heeled Boys"), Blind Faith ("Can't Find My Way Home") and thirty years of solo ventures ("Higher Love," "Roll With It"), Winwood continues creating an era-bridging soundtrack of distinctive artistry.

Nine Lives brings to the fore the many facets of Winwood's vision, his pioneering explorations of rock, R&B, African, Latin American and jazz styles, blended into concoctions as unique and recognizable as the musicians' great gifts on guitar and keyboards (particularly the Hammond B3 organ, with him providing all the album's bass parts via the organ's pedals) and, of course, a voice instantly recognizable for its power and emotion. Created through a vital new writing partnership with lyricist Peter Godwin and on some songs guitarist Jose Neto and benefiting from the sparkling playing of his road-tested band, the album furthers the vibrant feeling of his last album, 2003's About Time, itself building on some of his greatest music of the past.

Don't, though, assume the title is a literal reference to the multiple stages of Winwood's career or approaches to music. It's actually more straightforward than that.

"Well," he laughs cheerfully, "Nine Lives is quite simply my ninth album, and there are nine songs on it. So it's really no more complicated than that. Each song has a life of its own. It's the opposite of a concept album - it's a book of short stories rather than a novel."

That said, he gleefully draws on all the musical lives he's led for this album, while looking for new ingredients and combinations.

"It's a bit like a celebrity chef adding unusual flavors that people don't usually expect," he says. "It's something I've always tried to do consciously, right from early Traffic days where we used elements of African music, English folk music, rock, jazz. I just try to balance it out, because to me they're flavors that taken all together create the whole dish."

But it's very much a team process, from the writing to arranging, unfolding and growing between the group members in this fertile setting. Brazilian native Neto, who has played with Airto Moriera and Flora Purim, has been a key member of Winwood's band since the About Time sessions. Drummer Richard Bailey, born in Guyana, has a long list of credits including Jeff Beck and Bob Marley. Karl Vanden Bossche also returns to add a variety of global percussion. And London-based Paul Booth brings distinctive colors to the group with sax and flute. Road tested and finely attuned to each other's vast skills and range, the ensemble was able to work in a way that Winwood says has been behind much of the most rewarding music he's made from the Traffic days on out.

"This is very much a working band," he says. "They don't just come in with a brief to play the song. A lot of the songs were created out of jams, and we were playing a lot of small shows last year, some clubs around England, and it was a great way to get to play and a lot of the songs came out of things we'd been playing together. The playing is a lot more integrated with the writing on this compared to About Time."

The very first ingredient of Nine Lives reaches back to some of Winwood's first influences via an earthy country-blues guitar that kicks off the opening track, "I'm Not Drowning" - at once vintage and fresh.

"It does hark back to my own beginnings with the Spencer Davis Group, where I was listening to a lot of blues - folk blues, country blues and urban blues, and this obviously was a big influence on me," he says.

But in keeping with his recipe, there's much more to this song. "I've gone on to try to combine elements of Latin and Brazilian music, which aren't necessarily the best bedfellows. But I've endeavored to try to mix these elements. It was interesting, because Peter Godwin, who did the lyrics at first, said that he originally envisioned it as Robert Johnson in Chelsea in 2007 or something. But he only said that after I'd done the music. So we both felt that was a good description of the song."

From there the album moves to "Raging Sea," a co-write with Godwin and Neto, with the latter's Brazilian roots even more coming to the fore, resulting from a jam in which the guitarist played a lilting 7/4 rhythm, ultimately given a tone that Winwood says someone described as "hip-hop with a Brazilian vibe." The song both lyrically and musically portrays the kind of bridging that the musician hopes all his work represents.

"When it was all finished, we felt that the whole 'Set my sail to a star' image was what we wanted it to reflect - the vast distances that people easily go today, which may have been unheard of 50 or 60 years ago. I mean, we have several here in the band, people who have come from different directions, from east and west. We have something from Brazil which is put in the midlands of England and that affects this in a way that is completely contemporary to our day, but obviously didn't happen in the same way when I was a young musician. So we try to reflect that in the song."

The song "Fly" adds even more cross-cultural elements, its gorgeous melody and flow enhanced by a turn on Irish whistle played by Paul Booth, who also on this song and elsewhere on the album is heard on saxophone. "On 'Fly' we managed to bring Brazilian, African and Celtic elements together - and again it was played and recorded in the midlands of England. So that reflects on what everyone does and on the way everyone plays. It's a song that I think is central to the whole album."

And it also leads into a sizzling three-song sequence that gives Nine Lives its punch. "Dirty City" has a gritty, smoldering quality underscored by Clapton's solo, while "Hungry Man" draws inspiration from South African township sounds with its skittering guitar (played by guest Tim Canfield) and percussion and the organ-powered "We're All Looking" brings a gospel feel alongside Afro-Cuban rhythms, with each again combining music and lyrics in portrayals of a seeking soul in the modern world.

The final three songs tie all the music streams together. "Secrets" offers a blend of frisky Caribbean rhythms and rock punctuations, soaring on interplay between Winwood's organ and Booth's flute, which also team on "Forget About Him," a heartfelt plea for humanity and compassion with Latin-R&B fire. And "Other Shore" is as key in its closing spot as "I'm Not Drowning" is as the opener, the two providing musical and thematic bookends to the set.

" 'Other Shore' is definitely part of the core of the album," he says. "It's the band all playing together. Jose and I wrote the music together and with the addition of Peter's ideas we created something greater than the sum of its parts. The song got an identity and a life of its own because of the writing collaboration and we instinctively all felt we got something that was very special. It seems to me very much that it sums up emotionally the album the meaning of the album both lyrically and musically."

Winwood was just a teenager when he rocketed into the international spotlight as the prodigious singer of the Spencer Davis Group (which also featured his brother Muff on bass). The blues and R&B-influenced rock of "Gimme Some Lovin'" and "I'm a Man" stood among the leading hits at the peak of the British Invasion, Winwood's singing drawing comparisons to that of his idol Ray Charles - despite his tender age. Looking for a wider artistic palette, in 1967 he headed to the countryside with friends Jim Capaldi, Chris Wood and Dave Mason, forging the collective spirit into Traffic, producing some of the most inventive and durable works of the psychedelic-tinged late-'60s.

In 1969 he and Clapton, having worked together briefly in the short-lived Powerhouse project, formed Blind Faith with Clapton's Cream-mate, drummer Ginger Baker, and bass player Rick Grech, though the "supergroup" lasted just one acclaimed album and tour. Intending to mix English folk styles along with jazz and rock, Winwood started work on what was meant as his first solo album, but ultimately enlisted Capaldi and Wood in a reconvened Traffic for the landmark John Barleycorn Must Die album. An expanded Traffic lineup (including African percussionist Reebop Kwaku Baah) went on to make two of the most arresting albums of the early '70s in The Low Spark of High Heeled Boys and Shoot Out At the Fantasy Factory, expanding on the jazz and world music elements. A scaled-back line-up brought the Traffic era to a close with 1974's When the Eagle Flies. With 1977's Steve Winwood, a rich solo run launched, 1980's Arc of a Diver producing the hit "While You See a Chance" and then 1982's Talking Back to the Night, 1986's Back in the High Life and 1988's Roll With It giving era-defining songs in "Valerie," "Higher Love," "Back in the High Life" and "Roll With It."

Following 1990's Refugees of the Heart, Winwood and Capaldi reunited as Traffic for the 1994 Far From Home album and tour, the latter documented in the CD/DVD release The Last Great Traffic Jam. In 1997, Winwood teamed with producer Narada Michael Walden for Junction 7, and then About Time saw Winwood returning to the free-flowing spirit of some of his most enduring music. Along the way, Winwood has also collaborated with and accompanied musicians from around the globe, including Jimi Hendrix (Electric Ladyland), Pink Floyd's David Gilmour, James Brown, Muddy Waters, Toots & the Maytals, Phil Collins, Christina Aguilera, salsa greats Tito Puente and the Fania All Stars, Japanese innovator Stomu Yamashta and African percussionist Remi Kabaka, just to name a handful of dozens. 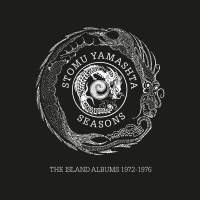 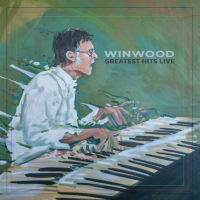 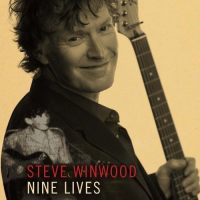 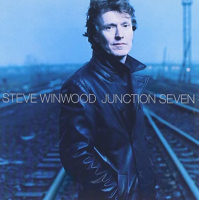 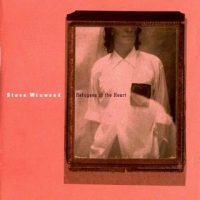 Refugees of the Heart 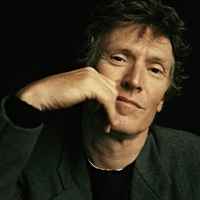 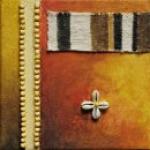 All About Jazz musician pages are maintained by musicians, publicists and trusted members like you. Interested? Tell us why you would like to improve the Steve Winwood musician page.