By Farrell Lowe
December 7, 2003
Sign in to view read count 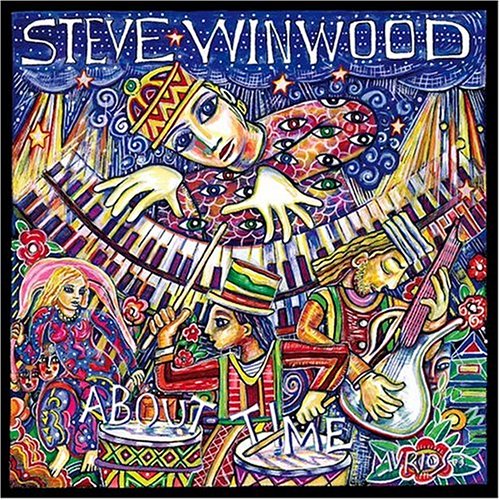 Steve Winwood first appeared on the musical radar screen in the mid-'60s when he joined the Spencer Davis Group at the tender age of fifteen. In 1967 he left the group and helped form Traffic, an association that brought him worldwide fame. In the '80s he took a creative turn with the release of Arc Of A Diver, a style much more concerned with pop sensibilities, revolving less around the soulful vocal and organ style that had given him such distinction earlier in his career. The new style proved to be financially successful and Winwood delivered more of the same to varying degrees of popular response... and so it goes to the present recording.

About Time is another matter altogether. After a six-year hiatus from recording, Winwood has returned to many of the musical elements of his youth. To cut to the chase, this album is heartfelt and has some genuine soul, and those two elements are always welcome in my book. He has chosen to pare down the production: gone are the synthesizers and background singers, this time pruned out to made space for straightforward vocals, Hammond organ, guitar, occasional sax/flute, and percussion. The lyrical content on this effort seem to means something to him and he's put together a group of players that reflect that sentiment to some degree. The musicians are all quite proficient.

The music has traces of later period Reebop-era Traffic, what with the percussion and all, and it also carries faint traces of Winwood's involvement with Latin greats Tito Puente and Arturo Sandoval. What is new about this effort is Winwood's unabashed return to the Hammond and the contributions of guitarist Jose Piresde Almeida Neto (credits with Airto Moreira and Flora Purim).

While all of the selections follow predictable song forms, Neto often manages to breathe some life into things. There is nothing unconventional about his playing style, but his tonal choices often lift the tunes off the ground and his solos profoundly affect their focus. Without his contributions this album would be seriously lacking in color and shape. Check out his solo on "Bully" and you'll get the idea.

The music presented on this effort is designed to appeal to a mainstream crowd. All in all, it's an example of highly crafted pop with touches of heartfelt blue-eyed soul. There are references to Caribbean, reggae, soul, and rock music styles. There is nothing really unusual or outstanding about this effort, but conversely, there is nothing objectionable about it either. Those who are already fans will probably appreciate it most.