Walter Becker (born Walter Carl Becker, 20 February 1950, in Queens, New York) is an American musician and record producer. He is perhaps best known as the guitarist (and sometimes bassist) and half of the duo at the core of the jazz-rock band Steely Dan.

Becker grew up in Westchester County and Forest Hills and is a graduate of Stuyvesant High School in Manhattan, (class of 1967). After starting out on saxophone, he switched to guitar and received instruction in blues technique from neighbor Randy Wolfe who, as Randy California, played with Jimi Hendrix and was soon to found the group, Spirit.

He met his long-time musical partner, the other half of Steely Dan, Donald Fagen, while attending Bard College in Annandale-on-Hudson, New York. Becker and Fagen's youthful career included a stint with Jay and the Americans under pseudonyms, and in the early 1970s, as pop songwriters, prior to forming Steely Dan.

Following Steely Dan's breakup in 1981, Becker moved to Hawaii, and began a career as a record producer, producing artists as diverse as Rickie Lee Jones, China Crisis and Michael Franks. Becker is actually credited as one of five official members of China Crisis on the sleeve of their 1985 album Flaunt The Imperfection, which he also produced; he also produced tracks on their 1989 album Diary of a Hollow Horse, although he is not credited as a band member on that release.

Becker reunited with Fagen briefly to collaborate on the debut album of U.S. singer, former fashion model Rosie Vela. Their partnership resumed in the mid-1990s as they undertook a tour under the Steely Dan moniker in 1993, and Becker produced Fagen's album Kamakiriad in that year as well. In turn, Fagen co-produced Becker's belated solo debut album, 11 Tracks of Whack (1994).

Becker and Fagen reunited again in 2000 to release the first Steely Dan studio album in two decades, Two Against Nature, which won the Grammy Award for Album of the Year. Everything Must Go followed in 2003. He was inducted into the Long Island Music Hall of Fame in 2007. Becker continued to record and perform for another ten years.

In the spring of 2017, Becker was diagnosed with "an aggressive form of esophageal cancer" during an annual medical checkup. Despite undergoing vigorous treatment, the cancer rapidly worsened to the point that he was completely absent from all of Steely Dan's concerts in the months that followed. He died from the disease on September 3, 2017, at the age of 67, at his home in New York City. At the time of his death, no cause or other details were announced, but a statement released in November by Becker's widow, Delia Becker, detailed his struggle with the disease. 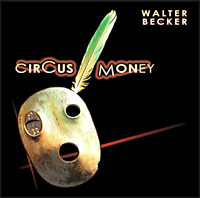 The Root Of Steely Dan

All About Jazz musician pages are maintained by musicians, publicists and trusted members like you. Interested? Tell us why you would like to improve the Walter Becker musician page.