Robert Cray is one of the few blues artists who managed to cultivate a mainstream following from the get go. In the course of a long-running career that began in the 1970s, he uniquely blended elements of rhythm and blues, pop, and traditional blues to win fans to a more contemporary blues sound. Cray, who obviously is respected in blues circles, is a press darling and crossover smash. While achieving critical acclaim, Cray made no apologies for his more popular music, and he's been rewarded with four Grammy Awards for his innovative style.

Born on August 1, 1953, Cray did not have the typical upbringing of a blues musician. Cray's middle-class childhood as an “Army brat” stood in stark contrast to the impoverished Southern beginnings and Northern ghetto lifestyles of many blues greats. Like many children of military personnel, Cray spent his formative years moving from one location to another, starting in Columbus, Georgia, where he was born. The constant uprooting made Cray a shy, introverted child; when he convinced his mother to buy him a guitar, he found solace in music as one of the few permanent things in his life. Cray had a number of musical influences, gleaned from his father's voluminous record collection which included gospel, rhythm and blues, jazz, and traditional blues. He also picked up on the Beatles craze in the 1960s. He practiced diligently and joined a band while in high school in Newport News, Virginia. The family eventually settled in Tacoma, Washington.

Cray had some training as a classical pianist as a child, but his first serious musical expression was an eclectic mix of rock and roll and rhythm and blues. However, he discovered the music of blues greats Muddy Waters and Howlin' Wolf while searching for inspiration in his father's record collection, and from that point on, he was hooked on the blues. Cray tried to communicate this passion to his classmates, even going so far as to convince them to book blues musician Albert Collins for their graduation party. Cray's association with Collins later proved instrumental to his career. In 1969, Cray found a kindred spirit in Richard Cousins, a local musician. The two of them embarked on a study of the blues while playing together in Tacoma bars. Their findings influenced the development of their own music, and they traveled to Eugene, Oregon, in the hopes of finding success in the progressive college town. The Robert Cray Band hit the bar circuit with Tom Murphy on drums, and Cray as frontman on vocals and guitars. Cray was still very much an introvert at this time, and his stage-fright caused his teeth to chatter so badly that Cousins had to introduce each song to their audiences.

Cray's connection to Albert Collins from his high school days yielded a big payoff when Collins recruited the Robert Cray Band to play with him on his Pacific Northwest tour. In addition to the exposure to much bigger audiences, Cray and his band members gleaned invaluable information from the veteran musician about the financial side of a career in the music business.

In 1978, the band finally attracted the attention of a record label when a promoter for Tomato Records noticed them at the San Francisco Blues Festival. The promoter, Bruce Bromberg, hoped to produce their first album on his own label, but mounting financial problems forced the project to finish on the Tomato label. Unfortunately, Tomato was in equally dire financial straits; it took two years for the finished album, “Who's Been Talkin',” to hit the stores in 1980, and when Tomato Records shut down shortly after, the recording disappeared with it.

The band returned to the festival circuit for a time, but then reunited with Bromberg to produce their second album, “Bad Influence,” on Bromberg's HighTone label. Released in 1983, the album brought the band increased attention and tour dates in England and Japan, including a few with Eric Clapton. The Blues Foundation recognized the quality of the album by lauding it with four of its prestigious W.C. Handy Awards.

The follow-up album, “False Accusations,” appeared in 1985 with a slightly different lineup. Peter Boe on keyboards and David Olson on drums joined original members Cray and Cousins. Cray broke new ground in blues music by eschewing covers of blues classics to only include original material on the album. Record buyers apparently liked the departure from the classics, buying enough albums to put it in the top 200 albums of 1985. That same year Cray made an album with guitarists Albert Collins and Johnny Copeland called “Showdown,” which garnered him his first Grammy Award. The critical acclaim and record sales attracted the attention of executives at the Mercury record label, who signed the band to its first major record deal.

The success bolstered Cray's creativity with his 1986 album “Strong Persuader,” as he blended rhythm and blues, jazz, and rock and roll with the blues sound. The album's use of several genres also made Cray's music more accessible to a broader audience; “Strong Persuader,” went platinum and earned Cray another Grammy. The 1988 album “Don't Be Afraid of the Dark,” continued his success streak by going gold and also garnering a Grammy award.

Although the record sales indicated a strong fan base for Cray's music, Cray expressed disappointment that his albums failed to reach a large black audience. “We're not getting much air play on urban radio stations,” he commented in EM. “I can understand why, it's not too modern of a sound. But still I'm a little disappointed.” In Cray's opinion, the blues do not appeal to black youths because it is the music of their parents' generation; and it lacks popularity with the older black generation because it is a reminder of harder times.

Cray also defended himself against accusations by blues traditionalists who believed he was glossing the blues into pop for mass consumption. “All the blues greats took chances and developed their own style,” they didn't copy. They dared to be different, which is what we want to do.” Cray pointed out that, even if his music brought newness to the genre, his lyrics were fundamentally blues stories—tales of cheating lovers and lost love.

Perhaps in the hopes of attracting more African Americans to his music, Cray gave his 1990 album, “Midnight Stroll,” a more funky sound with the addition of the famed horn duo of Wayne Jackson and Andrew Love—known as the Memphis Horns—and several new musicians. Critics and fans embraced his new sound.

Cray released “I Was Warned,” in 1992 and then caused a stir in the blues community by creating the traditional blues album “Shame + A Sin” in 1993. Blues purists hailed his turn away from the contemporary blues that made his career to more traditional stylings as a positive move. The album was also Cray's first as a producer, and he used the creative freedom to get what he termed “a funkier barroom blues sound.” To achieve this effect, Cray purposefully detuned some of the piano strings and removed the bass drum head from the drum set. He also invited his old friend Albert Collins to join him on one of the tracks as his first-ever guitar guest.

Cray's 1995 album “Some Rainy Morning,” was also self-produced with Mercury's backing. As with “Shame + A Sin,” the newest album offered a grittier, more pared-down sound. He dispensed with the horn section in order to allow for greater spontaneity in recording, and some of the tracks were cut live. Cray linked his influence as a producer to the album's more pronounced blues and R&B sound; with full creative control, he was able to expand the sound of the two genres he most enjoyed playing. The 1997 album “Sweet Potato Pie,” was his last record for the Mercury label.

Cray decided to end his 13-year association with Mercury in the late 1990s in order to further expand his creative boundaries with independent label Rykodisc. The result was the album “Take Your Shoes Off,” released in 1999. Traditionally based in the Bay area, Robert Cray and his band recorded the album at a studio in Nashville. Reviewers noted the Memphis sound of the album, which saw the return of the Memphis Horns. The album won a Grammy Award for best contemporary blues album. It also marked the 25th anniversary of the Robert Cray Band.

For Cray's 2001 album, “Shoulda Been Home,” Cray's soulful voice grabbed the spotlight; the fact that his guitar work was not the focal point gave the other band members greater freedom to experiment with their own instruments.

Cray then signed on with Sanctuary Records, where he offered up; “Time Will Tell,” (2003) “Twenty,” in 2005. “Live from Across the Pond,” which features material recorded from seven nights at London's Royal Albert Hall, arrived in 2006. This two-disc set on New West, features Cray and co. in superb form moving from straight-up blues, to soul-infused pop and gutbucket ballads. For longtime fans and newcomers alike, “Live from Across the Pond,” works well as both an encapsulation and introduction to Cray's unique, eclectic blues sound.

Cray's impressive career in music has included many highlights. He has worked with such music legends as B.B. King, Tina Turner, Eric Clapton, Keith Richards, Chuck Berry, Muddy Waters, John Lee Hooker, and Willie Dixon. Almost all of his albums have either been nominated for or won a Grammy Award. Fender introduced the Robert Cray Standard Stratocaster® guitar in 2003. Never content with playing the blues the same way twice, Cray's daring innovations have placed him at the top of the blues business. Show less

Something Else! Reviews on the 2011 Blues Hall of Fame Honorees

Live from Across the...

Take Your Shoes Off 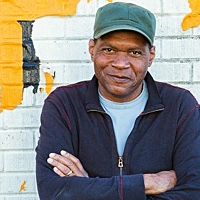 All About Jazz musician pages are maintained by musicians, publicists and trusted members like you. Interested? Tell us why you would like to improve the Robert Cray musician page.