Born near Clarksdale, Mississippi to a sharecropping family, John Lee Hooker's earliest musical influence came from his stepfather, Will Moore. By the early 1940's Hooker had moved north to Detroit by way of Memphis and Cincinnati. Hooker found work as a janitor in the auto factories, and at night, like many other transplants from the rural Delta, he entertained friends and neighbors by playing at "house parties". He was "discovered" by record storeowner Elmer Barbee who took him to Bernard Besman, who was a producer, record distributor and owner of Sensation Records, Besman leased some of his early Hooker recordings to Modern Records. Among Hooker's first recordings in 1948, "Boogie Chillen" became a number one jukebox hit for Modern and his first million seller. This was soon followed by an even bigger hit with "I'm In The Mood" and other classic recordings including "Crawling Kingsnake" and "Hobo Blues." Another surge in his career took place with the release of more than 100 songs on Vee Jay Records during the 1950's and 1960's.

When the young bohemian audiences of the 1960's "discovered" Hooker along with other blues originators, he and various he and others made a brief return to folk blues. Young British artist such as the Animals, John Mayall, and the Yardbirds introduced Hooker's sound to the new and eager audiences whose admiration and influence helped build Hooker to superstar status in the mid - 60's England. By 1970 he had moved to California and worked on several projects with rock musicians, notably Van Morrison and Canned Heat. Canned Heat modeled their sound after Hooker's boggie and collaborated with him on several albums and tours.

During the late 1970's and much of the 1980's, Hooker toured the U.S. and Europe steadily but grew disenchanted with recording, through his appearance in the Blues Brothers movie resulted in a heightened profile. Then, in 1989, The Healer was released to critical acclaim and sales in excess of a million copies. Today the "The King Of The Boggie" is enjoying the most successful period of his extensive career. In the past ten years Hooker's influence has contributed to a booming interest in the blues and, notably, its acceptance by the music industry as a commercially viable entity.

Hooker's career has been a series a highlights and special events since the release of The Healer. In addition to recording his on albums Mr. Lucky, Boom Boom, Chill Out, and Don't Look Back for Pointblank / Virgin, he contributed to recordings by B.B. King, Branford Marsalis, Van Morrison, and Big Head Todd and the Monsters and portrayed the title role in Pete Townshend's 1989 epic, The Iron Man.

His influence on younger generations has been documented on television with features on Showtime and a special edition of the BBC's 'Late Show' as well as appearances on "The Tonight Show" and "Late Night With David Letterman" among many others. John Lee was invited to perform The Rolling Stones and guest Eric Clapton for their national television broadcast during The Stones' 1989 Steel Wheels tour. In 1990, many musical greats paid tribute to John Lee Hooker with a performance at Madison Square Garden. Joining him on some or all of these special occasions were artists such as Bonnie Raitt, Ry Cooder, Joe Cocker, Huey Newton, Carlos Santana, Robert Clay, Mick Fleetwood, Al Cooper, Johnny Winter, John Hammond, and the late Albert Collins and Willie Dixon.

Hooker's 1991 induction into the Rock n' Roll Hall Of Fame was fitting for the man who has influenced countless fans and musicians who have in turn influenced many more. Honors continued, with inductions into Los Angeles' Rock Walk, The Bammies Walk Of Fame in San Francisco, and, in 1997, a star in the Hollywood Walk Of Fame.

John Lee's style was always unique, even among other performers of the real deep blues, few of whom remain with us today. At the age of 80, John Lee Hooker received his third and fourth Grammy Awards, for Best Traditional Blues Recording "Don't Look Back" and for Best Pop Collaboration for the song "Don't Look Back" which Hooker recorded with his long time friend Van Morrison. This friendship and others are celebrated on Hooker's Pointblank / Virgin album, "The Best Of Friends." The album also celebrated a return, exactly 50 years later, to Hooker's first hit, Boogie Chillen and served as a perfect bookend for Hooker's fifty years in the business. 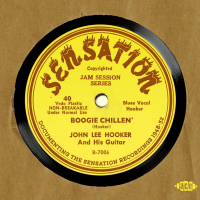 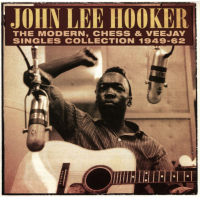 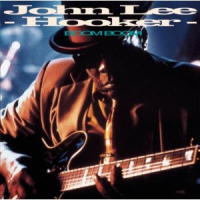 Blues Is The Healer 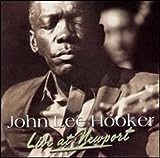 All About Jazz musician pages are maintained by musicians, publicists and trusted members like you. Interested? Tell us why you would like to improve the John Lee Hooker musician page.