Bluesman Albert King was one of the premier electric guitar stylists of the post-World War II period. By playing left- handed and holding his guitar upside-down (with the strings set for a right-handed player), and by concentrating on tone and intensity more than flash, King fashioned over his long career, a sound that was both distinctive and highly influential. He was a master of the single-string solo and could bend strings to produce a particularly tormented blues sound that set his style apart from his contemporaries.

King was also the first major blues guitarist to cross over into modem soul; his mid- and late 1960s recordings for the Stax label, cut with the same great session musicians who played on the recordings of Otis Redding, Sam & Dave,Eddie Floyd, and others, appealed to his established black audience while broadening his appeal with rock fans. Along with B.B. King (no relation, though at times Albert suggested otherwise) and Muddy Waters, King helped nurture a white interest in blues when the music needed it most to survive.

King was born in Indianola, Mississippi and taught himself how to play on a homemade guitar. Inspired by Blind Lemon Jefferson, King quit singing in a family gospel group and took up the blues. He worked around Osceola, Arkansas, with a group called the In the Groove Boys before migrating north and ending up in Gary, Indiana, in the early 1950s. For a while, King played drums behind bluesman Jimmy Reed. In 1953, King convinced Parrot label owner Al Benson to record him as a blues singer and guitarist. That year King cut "Bad Luck Blues" and "Be On Your Merry Way" for Parrot. Because King received little in the way of financial remuneration for the record, he left Parrot and eventually moved to St. Louis, where he recorded for the Bobbin and the King labels. In 1959 he had a minor hit on Bobbin with "I'm a Lonely Man." King's biggest release, "Don't Throw Your Love on Me So Strong," made it to number 14 on the R&B charts in 1961.

King didn't become a major blues figure until after he signed with Stax Records in 1966. Working with producer-drummer Al Jackson, Jr., guitarist Steve Cropper, keyboards ace Booker T. Jones, and bass player Donald "Duck"Dunn, better known as Booker T. and the MG's, King created a blues sound that was laced with Memphis soul strains. Although the blues were dominant on songs such as"Laundromat Blues" and the classic "Born Under A Bad Sign", the tunes had Memphis soul underpinnings that gave King his crossover appeal. A collection of these singles were compiled onto an LP in 1967, and it proved to be an important recording in modern Blues history. Titled, "Born Under A Bad Sign," this performance is still quite impressive forty years after its release, a testament to Albert King’s talent and pivotal in the career of the bluesman. He was finally getting the attention and recognition he deserved.

Not only was he the first blues artist to play the legendary San Francisco rock venue the Fillmore West, but he was also on the debut bill, sharing the stage opening night in1968 with Jimi Hendrix and John Mayall. King went on to become a regular at the Fillmore; his album "Live Wire/Blues Power" was recorded there in 1968.King was also one of the first bluesman to record with a symphony orchestra: in1969 he performed with the St. Louis Symphony, triumphantly bringing together the blues and classical music, if only for a fleeting moment.

During the 1970s King toured extensively, often playing to rock and soul crowds. He left Stax in 1974 to record for independent labels like Tomato and Fantasy. King was inducted into the Blues Foundation's Hall of Fame in 1983.

He continued recording and touring throughout the 1980s and early 1990s, playing festivals and concerts, often with B.B. King.

He died of a heart attack in 1992, just prior to starting a major European tour.

"Albert King with Stevie Ray Vaughan - In Session" Scheduled for... 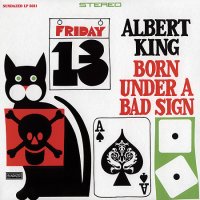 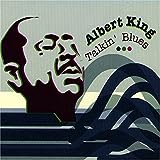 All About Jazz musician pages are maintained by musicians, publicists and trusted members like you. Interested? Tell us why you would like to improve the Albert King musician page.