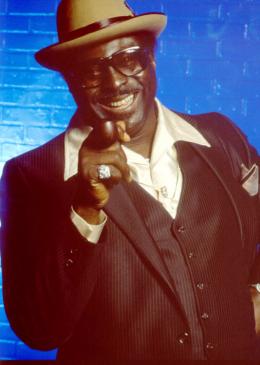 slideshow
When I was a teenager in the 1970s living with my parents an hour north of New York in Westchester County, I had friends who worked in the record departments of stores that anchored local malls. They knew I loved music and that on my trips to New York I often brought back hip jazz records from stores called Sam Goody and King Karol. One of my cashier friends offered me a deal: He'd buy any three records I wanted in the store with his deep discount if I would buy him one Albert King record in the city. Sounded like a good deal to me.

Once in the stores, however, I noticed that the “K" section was fat with quite a few Kings. That's when I started to listen to the blues, to figure out what would blow my friend's mind and keep our deal going.

Before buying, I'd always strike up conversations with clerks and listen to opened product. Albert King I found out wasn't related to B.B. King or Freddie King, but he did play the electric blues on guitar with enormous technical power. Unlike B.B. and Freddie, Albert liked to play in the upper register, and his sustained notes and call-and-response style between his vocals and riffs endeared him to quite a few rock artists of the day.

If you're unfamiliar with King and his blues, Concord has just issued a fabulous two-CD set, The Definitive Albert King on Stax. The tracks for the label were recorded between 1966 and 1984, and through these recordings you hear the electric blues change from a guitar-focused idom to one that offered greater textures provided by horns, drums and electric bass. And why not? Afterall, the label was Stax in Memphis, which meant access to Booker T. and the MGs., the Bar-Kays and Memphis Horns.

The album opens with King's hit for the Bobbin label in 1961, Don't Throw Your Love on Me So Strong, a medium-tempo blues. The rest of the compilation is devoted to Stax tracks, including stunners like Crosscut Saw, Blues Power and Tupelo (Part 1).

Unlike most blues retrospectives, this one keeps getting better as the years roll on. By the 1970s, King's output for Stax was growing more soulful and funky without ever selling the blues short. Dig Can't You See What You're Doing to Me, with King's guitar wailing away in front of a funky brass section and hammering bass. Or his cover of the Rolling Stones' Honky Tonk Woman backed by a gospel chorus. Bill Dahl's liner notes quote King on his choice of the song: “The Rolling Stones we have to thank for keeping the blues alive."

In the mid-'70s, we also hear a fair amount of experimentation, including an Isaac Hayes-like backdrop for That's What the Blues Is All About and the soul-groove update of Crosscut Saw, a song that King first recorded in 1966. Sadly King suffered a fatal heart attack in 1992.

King had a big influence on rockers Mick Taylor, Mike Bloomfield and Eric Clapton, who has said that much of his playing on Cream's Disraeli Gears in 1967 was inspired by King. I know my mall friend, wherever he is, will be happy to hear about this King set.

JazzWax tracks: The Definitive Albert King on Stax (Concord) can be found at iTunes or here.