JACK BRUCE. The composer, the singer, the multi-instrumentalist, the Legend. Hailed as one of the most powerful vocalists and greatest bassists of his time, his improvisational skill and utterly unique, free-spirited approach to composition and performance would forever change electric music. His pioneering, full-toned, free-wheeling playing on the electric bass revolutionised the way the instrument is used and influenced the playing of countless bassists to today, including Sting and Jaco Pastorius. His work with bands such as Cream and the Tony Williams Lifetime, as well as his solo material, unlocked the doors to the pent-up energy of a new approach to the art of sound, breaking the barriers of tradition and creating a kind of music that had never been heard.

Jack was born to musical parents in the shipbuilding city of Glasgow, Scotland on 14 May 1943. His parents travelled extensively in Canada and the U.S.A. Jack attended 14 different schools, finishing his formal education at Bellahouston Academy and the Royal Scottish Academy of Music, to which he won a scholarship for cello and composition. He left the Academy and his homeland at the age of 17, because of poverty and discouraged by his professors' lack of interest in his ideas.

Jack travelled to Italy and then England, playing double-bass in dance bands and jazz groups, and joined his first important band in 1962 in London. This was Alexis Korner's Blues Inc. with whom Charlie Watts, later to join the Rolling Stones, was drummer. Jack left Alexis in 1963 to form a group with organist Graham Bond, guitarist John McLaughlin and drummer Ginger Baker. This group became the seminal Graham Bond Organisation after John left, and saxophonist Dick Heckstall-Smith joined. Jack was compelled to leave this band after three years by Ginger Baker, who said his playing was “too busy”!

Jack had to turn down Marvin Gaye's offer to join his U.S.-based band because of his impending first marriage. He then joined John Mayall's Blues Breakers, where he first met Eric Clapton, followed by Manfred Mann in an ill-advised attempt at commercialism. It was Ginger Baker who initially asked Jack to form a trio with Eric Clapton. Eric insisted that Jack be the singer.

Cream went on to sell 35,000,000 albums in just over two years and were awarded the first ever platinum disc for Wheels of Fire. Jack wrote and sang most of the songs, including “I Feel Free”, “White Room”, “Politician” and perhaps the world's most performed guitar riff, in “Sunshine Of Your Love”. Cream split in November 1968 at the height of their popularity; Jack felt that he had strayed too far from his ideals and wanted to re-discover his musical and social roots.

He began recording solo albums; the first being his influential Songs For A Tailor and thereafter commenced his policy of playing simultaneously in rock, jazz and classical formats, attempting to realise his personal and unique style of performance and recording which is an amalgam of these three plus the influence of other important world and ethnic music.

round this time, during the American tour of the first of Jack's own bands (this one featuring guitarist Larry Coryell and Jimi Hendrix's drummer Mitch Mitchell), Jack was introduced to Tony Williams by John McLaughlin. He soon joined Tony's Lifetime, along with John and the late, great Larry Young; an experience he describes as “the musical time of my life”. Frustrated by the breakup of Lifetime and greatly saddened by Hendrix's tragic death (Tony and Jack had been talking to Jimi about forming a “dream” band together), Jack found solace in returning to his heavy roots with the formation of West Bruce and Laing with Leslie West and Corky Laing.

Since then, Jack has fronted many of his own bands (featuring, amongst others, such side people as Carla Bley, Mick Taylor, Simon Phillips, Tony Hymas, Billy Cobham, David Sancious and Gary Moore) and recorded numerous solo albums as well as collaborating on special projects with artists like Carla Bley (Escalator Over The Hill) and Kip Hanrahan (Desire Develops An Edge). He has also worked as session man on carefully chosen dates with the likes of Lou Reed (Berlin) and Frank Zappa, with whom Jack co-wrote Apostrophe, which became Frank's biggest selling album.

In 1991 he performed in Vienna in a new, specially commissioned work with Michael Mantler and Mike Gibbs, accompanied by the Niederosterreichischen Tonkiinstler Symphony Orchestra. He also completed a successful tour of ten European capitals with his thirteenpiece Latin/Jazz/Rock fusion orchestra. Throughout the early 1990s he increased his knowledge of World musics, his two solo albums A Question of Time (Epic/Sony) and Somethin Els (CMP) stating the new direction towards which his music would evolve.

At the Guitar Legends festival in Seville, in 1992, Jack enjoyed playing with Bob Dylan, Keith Richards, Steve Cropper and many other friends.

The year 1993 was special, starting with Jack's induction into the Rock & Roll Hall of Fame as a member of Cream, and ending with an inspired fiftieth birthday concert which featured many of his old friends including Dick Heckstall-Smith, Maggie Reilly and Gary Moore. This event which was recorded and released as a CD box set entitled Cities of the Heart (CMP) led to Jack forming BBM with Gary Moore and Ginger Baker and subsequently releasing the top-ten album Around the Next Dream (Virgin).

In 1995, Jack concentrated on his keyboard playing and recorded a set of piano solos and duos with organist Bernie Worrell, who played previously with George Clinton, Funkadelic and Talking Heads. The release of the recording, entitled Monkjack, represented a new departure for Jack. He was delighted to have been invited to present this material at the Edinburgh Festival and the Queen Elizabeth Hall in September of that year.

In Copenhagen in the autumn of 1996, Jack took part in the first performances of Michael Mantler's School of Understanding, which has been described by Michael as a “sort-of-an-opera”. There were further performances in Berlin early in 1998.

The year 2003 saw the release of Jack's second album on Sanctuary Records, More Jack Than God. Like its predecessor Shadows in the Air, the album was co-produced by Kip Hanrahan. Among the musicians are the core band from Shadows in the Air, Godfrey Townsend, and Jack's son, Malcolm Bruce. More Jack Than God blends a diverse range of musical styles from classic, Willie Dixon inspired blues, to hints of the Latin and World music flavours that Bruce and Hanrahan explored through the 1980s and 1990s, to the subtle and gentle beauty that reflect Jack's growing introspective approach to songwriting.

The year 2005 was a momentous one. Jack reunited with former bandmates Eric Clapton and Ginger Baker for Cream's first concert tour in 37 years. In May the band played four historic nights at London's Royal Albert Hall, which were recorded and subsequently released on both audio and video. In October the band played three concerts at Madison Square Garden in New York City; during the same week Jack was honored, along with Ron Carter, with the Bass Player Lifetime Achievement Award in recognition of his pioneering musicianship and his outstanding influence on the development of modern bass technique. In February 2006 Jack took the stage at the Grammy Awards in Los Angeles, California to accept a special Recording Academy Lifetime Achievement Award on behalf of Cream.

Recent years have seen Jack continuing his involvement with his passion - music. In 2007 he was awarded with a Doctor of Music degree from his Alumni College, The Royal Scottish Academy of Music and Drama. Two new albums were released in 2008. The first was Jack Bruce with the HR Big Band, versions of Jack performing songs old and new arranged for the wonderful German orchestra of Hessische Rundfunk. The second was Seven Moons, an album of new material, with master guitarist, Robin Trower and drummer, Gary Husband. Also released in 2008 was Spirit, a multi-disc set of recordings of Jack's live performances at the BBC. Eagerly awaited is Can You Follow?, a six-CD box set that traces Jack's long career from the age of nineteen up until (almost) the present day. Show less 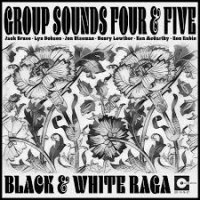 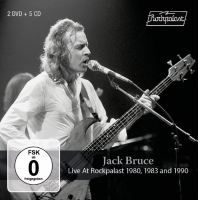 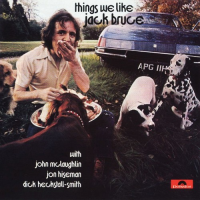 All About Jazz musician pages are maintained by musicians, publicists and trusted members like you. Interested? Tell us why you would like to improve the Jack Bruce musician page.