Performer, educator, composer, arranger, lecturer, and music education consultant, Professor Green has 14 albums released in his name on vintage labels such as Chess, Exodus, Cadet, and Vanguard. As an international performer, educator, and lecturer, his European tours have taken him to Poland, Italy, Sicily, Sardinia, Germany, Holland, Switzerland, and Africa.

Professor Green received film credit for his background solo work in Lorraine Hansberry's A Raisin in the Sun, featuring Danny Glover and Esther Rolle. He is Past President and permanent chair of the Past Presidents Council of the world's largest jazz education organization, the International Association of Jazz Educators (IAJE). Professor Green received a rare five star rating from Downbeat Magazine for his album Healing the Pain. Along with Gary Burton, Gerald Wilson, Jackie McLean, and Rufus Reid, he was cited in a 1995 DownBeat Magazine article recognizing the nation's leading jazz educators who are also respected players.

In a 1997 DownBeat article, saxophone great Joe Lovano said, "Bunky personifies what jazz is all about. He's combined all the inspiration of Parker and Dolphy and fused it into an individual voice. He's the kind of player I've always strived to be in my music, taking hold of history and then moving on, through self-expression. Working alongside him has been a real highlight."

Saxophonist Bunky Green Interviewed at All About Jazz!

Rudresh Mahanthappa and Bunky Green from Different Generations but on... 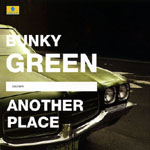 All About Jazz musician pages are maintained by musicians, publicists and trusted members like you. Interested? Tell us why you would like to improve the Bunky Green musician page.