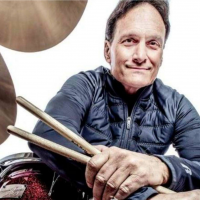 An alumni of Berklee College of Music, Bob majored in performance and composition with teachers Gary Chaffee and Joe Hunt. He went on to study privately with Dave Weckl and Billy Cobham. Holz has composed and recorded for many live and studio recordings. Holz has also toured extensively as a band leader with Bob Holz and A Vision Forward and The Bob Holz Band.

On February 8, 2019 Bob released his seventh album, SILVERTHORNE for MVD Audio. The album is comprised of 10 new original tunes and features Bob's deep grooves along with some high energy jazz rock fusion drumming. Mike Stern appears on guitar along with Randy Brecker on trumpet,Ralphe Armstrong on bass, Alex Acuna on percussion and Brandon Fields on sax. Other players include Jamie Glaser, Andrew Ford, Ada Rovatti, Billy Steinway and Alex Machacek.

”We are indeed in the presence of a beautiful jazz album where the musicians reveal all their talent through a shimmering musical work and leading to move us.”

“Bob Holz is one of the top jazz fusion drummers and composers on the scene today.”

”The kind of pro throughout set that you can't say anything about except it's damn good, this right on set doesn't sound like a requiem, it sounds like an affirmation of life. Contemporary jazzbos will have a good time here.”

“By blending the extraordinary musicianship of his band and special guests with infectious melodies and grooves, A Vision Forward brings the creative energy of Bob Holz front and center.” Bruce Pilato/ Music Journalist.

Available for clinics and private lessons.

From: Live in New York & L.A
By Bob Holz 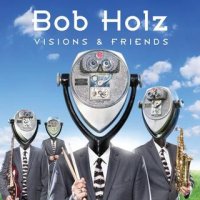 From: Visions and Friends
By Bob Holz

All About Jazz musician pages are maintained by musicians, publicists and trusted members like you. Interested? Tell us why you would like to improve the Bob Holz musician page.