Michael Bisio: Stepping Into the Limelight 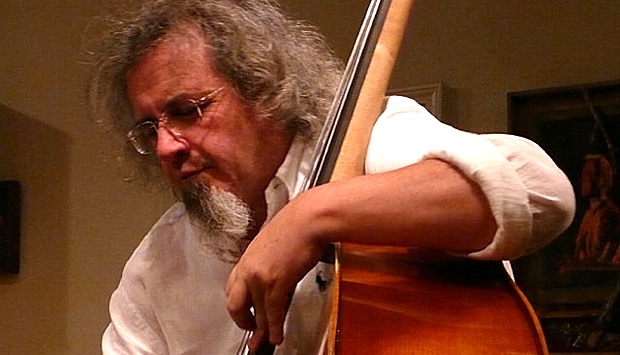 In some perverse way the term free jazz has been used for both charlatan and genius practitioners. There is obviously an immense difference. Why the same word?

Bassist Michael Bisio has become an increasingly visual and aural presence on the jazz/improvisation scene in the time since he moved from the west coast to New York. Yet he has been a significant contributor in jazz circles for years, and success was no overnight thing. Among other ongoing associations, Bisio is currently the bassist in pianist Matthew Shipp's trio and Tomas Ulrich's Cargo Cult. Bisio also leads his own group. His discography is extensive and covers much ground.

All About Jazz: What made you take up the bass?

Michael Bisio: I first played electric bass. My older brother was the local Jimi Hendrix clone. He was largely responsible for my initial involvement with music. I also played music with some friends in high school. One day I walked into the band room. There was a string bass hanging on the wall. The director, Eugene Cane, allowed me to try it, then asked me to join the concert and jazz bands. (I remember playing the "Theme from Shaft" and thinking I was very cool.) He gave me my first theory/composition lessons and put me in touch with David Cobb. David is a legend in the Northeast; I could not have asked for a better start or foundation on the instrument. "Don't worry, someday it will all come together" was David's mantra, as I pursued the whirlwind and sometimes overwhelming pace he set. In 1976, I moved to Seattle to study with James Harnett, then principal bass with the Seattle Symphony. Jim's ability to dissect and solve problems on the instrument was astounding and always in the service of music. Bassists Rufus Reid and Glenn Moore also cite his influence.

AAJ: I understand you also were involved with Bill Smith and Stuart Dempster during this time. Could you talk a bit about what that was about?

MB: Actually, while studying with Jim, at the University of Washington, I also worked and studied with Bill and Stuart. At this time I also bonded with fellow student Bob Nell. So there were three people who had a major impact on me there. Bill, of course, is widely known as a member of Dave Brubeck's original octet and for his own groundbreaking recording Folk Jazz (OJC, 1961). Stuart is a highly regarded modern trombonist, musical mystic and founding member of the Deep Listening band. Together, they led Contemporary Group, dedicated to the performance of avant-garde music with a large improvisational content. The experience of being involved in their processes and concepts remains an invaluable one to me. During this time, I also studied arranging and composition with Bill. By the '90s, I was working with both in varied situations, from duos to large ensembles, including Bill's 70th birthday trio tour. Stuart and I were both members of Joe McPhee's Quintet which produced the Common Threads concert / CD (Deep Listening, 1995). The third person was the great pianist/composer Bob Nell. His knowledge, spirit and friendship have been a source of inspiration for more than 35 years.

AAJ: I understand that the great bassist Buddy Catlett was another important influence on your musical life from those years. 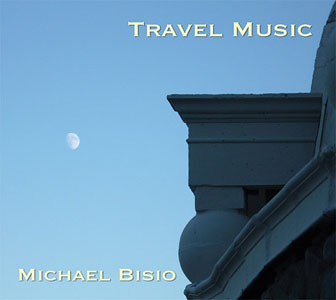 MB: For a dozen years I lived in the same neighborhood as Buddy. He is a musical giant and a very generous spirit. A very short list of his musical associations include Louis Armstrong, Count Basie and Quincy Jones. He was on Quincy Jones' first European tour. He was always open to having me drop by in the afternoon to play music. If he was driving by and saw me practicing through the window, he'd stop, come in, and we'd play, talk about music, hang out. Just as importantly he always had great stories, and I love a good story. He knew, made music with, and could talk about almost every one of my heroes (including himself). It was always a positive and enlightening experience to be in his company. We gigged as a bass duo in Seattle, at Brad Inserra's Swingside Cafe, a gourmet establishment with a strong commitment to the sound arts. I also had the honor of playing bass for Buddy when he returned to his first instruments, saxophones and clarinet. Verna Silvers was the wonderful pianist on those dates, a protégé of Mary Lou Williams. Being around Buddy was always a joy, the learning curve was extremely high and everything always presented with love. 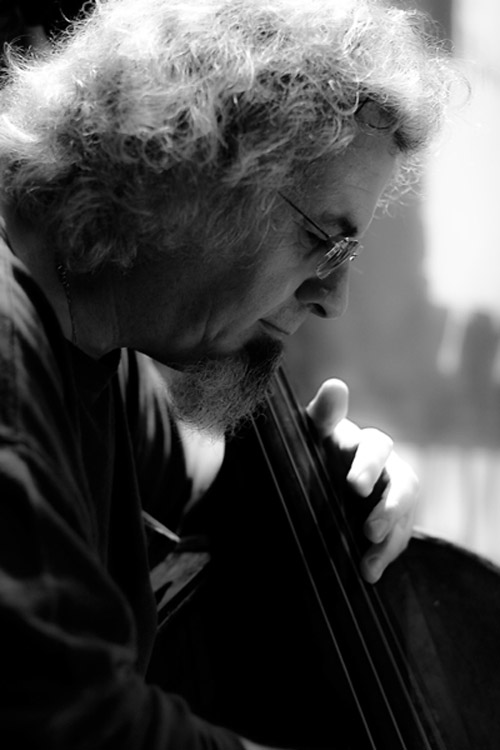 All this reminds me of a story that involved Buddy. For many years, probably 15, I played exclusively gut strings. (During the first years it was not as popular as it got to be, hardly anyone was doing it.) One spring day, an unusually gorgeous spring day for Seattle, my family and I were spring cleaning, windows wide open, no screens. John Coltrane's classic quartet was supplying aid to our efforts at volumes that shook the house. Some flying thing caught my attention. I was transfixed for more than a few seconds by the sight of gut strings, one after the other, in their original wax paper envelopes flying, like square frisbees, through the kitchen window, a ten-foot drop to the deck floor just outside. I ran down the stairs and opened the back door to Buddy's laughter-filled greeting. He said he'd been knocking and calling for more than five minutes, and finally gave up but did not want to leave the strings outside. At his feet was a small box filled with miscellaneous guts, some used, some in pristine condition, all from the '60s. He told me he was moving to a different neighborhood, was cleaning stuff out and wanted me to have them. I still have them today.

AAJ: He sounds like a fantastic, ideal cat to hang with and learn from. Do you still use gut strings? Is it how they respond to bowing that you like?

MB: I no longer use guts—the biggest reason being that they are very affected by climatic conditions. The more I traveled the larger a problem it became.

The thing I loved best about guts was the feel—large, round, and bouncy., an unbeatable combination for me. I loved the sound, very much at the front of each note, especially in the lower to mid registers. As one gets into the upper registers sound becomes an issue, especially during arco passages. That being said, in a textural sense they are wonderful for splitting partials.

There are some really good substitutes on the market today. Barrie Kolstein makes a Heritage line which I really love and have been using for more than five years now. They sound beautiful.

AAJ: How would you sum up this period in terms of your musical development?

MB: In retrospect, the Northwest allowed me to develop within the tradition of this great music, in what I believe were its original intentions and spirit: to know its history, search for the future and to develop your own voice. I did not need to fall prey to fads, I didn't have to choose between being a jazz or creative musician. They were and are the same.

I do not want to convey that I was universally accepted at this time. I did have strong, positive influences which sustained me. There were also less than positive sentiments and many times puzzlement regarding my direction.

AAJ: While all this was happening you were, no doubt, involved in listening as well as playing. What players or what styles caught your ear? Obviously with Smith and Dempster you took a big step into the adventurous zone of the music, but I'm curious if there was a point where listening to particular cats effected you.

MB: My listening evolved probably like most people: you jump into this music at some point that really resonates with your being, then move forward and backward in time from that point. For me there were really two points, the music of Ornette Coleman for its melodies and interplay. The other was Charles Mingus' music for its power, orchestrations (voicings), and of course, bass playing. I also listened to everyone my mentors would suggest. My early listening was pretty well divided between bebop, free (not a good word), and those artists who combined the two. I have since widened my scope but must admit there are some styles of music that do not speak to me. As I evolve perhaps they will.

AAJ: So at that point you began to branch out, forming new alliances with players and using Seattle as your home base. Could you talk a little about this phase of your career? What were to you the significant recordings you made then? Any early experience as a leader or did that come later? 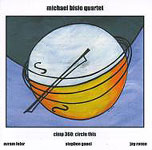 MB: The phenomenal trumpeter, Barbara Donald (check out Staying On the Watch (1966), the Sonny Simmons ESP album; she's 18 years old !) took an interest in me starting around 1980.

Being in her band was a monumental experience, certainly a primal part of who I am. She was a superb musician, a creative force, always pushing to find the spiritual aspects of music. "Energy, Energy, Energy!" was her most frequent exhortation. I was doubly lucky during those years to share the bandstand with the legendary and universally loved Carter Jefferson, (who also played with Woody Shaw and Elvin Jones, among many others). Carter was a most positive and inspirational person. It was always an uplifting experience to be in his presence. 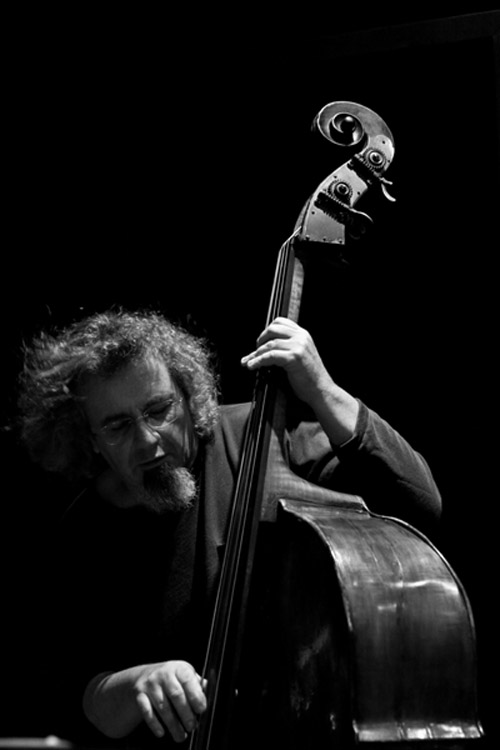 This band (Barbara Donald and Unity) was rounded out with another great tenorist, Gary Hammon, Irvin LoVillet on drums and Peggy Stern [piano]. We recorded the LP Barbara Donald & Unity, The Past and Tomorrows (Cadence), released in 1983. This recording experience gave me my first contact with long-time friend Bob Rusch.

My first LP as a leader, Ours (CT Records), was released that same year. It featured the remarkable Northwest players, Rick Mandyck [sax}, Ron Soderstrum [trumpet]}, Beth Chandler [violin], John Bishop [drums] and Bob Nell [piano]. The composition credits were split between me and Rick, plus one group improvisation. The short story is: I played The King and I, starring Yul Brenner, for eight weeks, and with the proceeds I bought a car (a Dodge Swinger), a new bass bag and brought the cats into the studio. Charles Tomaras took it from there. This LP was critically acclaimed on both coasts and named an Editors and Critics Choice, Cadence Magazine, 1983. This visibility (thanks in a large part to Bob Rusch) eventually led to an invitation from Keith Knox to record for the fledgling Silkheart label. The fruit of that association is In Seattle, released in 1988. Among its many honors this album was chosen as one of "Best Jazz Records of the 1980s" in the Village Voice.

AAJ: Were there any drawbacks to making a start in the Northwest?