Peggy Stern is as well-known as a composer as she is known for her fine piano playing. She arrived at jazz via classical music, R&B, and salsa. Her music has a particularly broad ethnic base — in addition to European and American classical music, Peggy’s music draws from Brazilian, African, Jewish, Irish, Cuban, and traditional jazz influences. Peggy has composed, played, recorded, and toured in a wide variety of situations: from solos to octets to jazz choruses. Her compositions range from highly original pieces to reharmonized jazz standards. “Everything she writes wants to dance, ” says Ken Dais of Jazziz. Peggy’s background would account for her varied musical tastes

Dawn Clement: Here In The Moment

Dawn Clement is like a primal force of nature. From being the mother of three young children, to her professorship at Cornish College of the Arts, to her performing career as a touring and recording artist, she maintains a musical standard of excellence achieved by very few. Her piano style is strong and versatile, whether she ...

Part 1 | Part 2 | Part 3 | Part 4 | Part 5 | Part 6[This is the second of an All About Jazz series of interviews and articles on “The Many Faces of Jazz Today: Critical Dialogues" in which we explore the current state of jazz around the world with musicians, journalists, ...

Pianist/composer Peggy Stern is passionate about creating opportunities for women bandleaders to present their music. In 2004, she founded the Wall Street Jazz Festival, which was held for 12 consecutive years in Kingston, New York, for exactly that purpose. After relocating to Austin, Texas in the spring of 2013, Stern was inspired to continue the festival’s ... 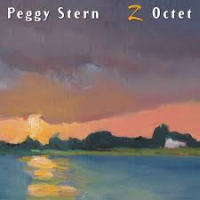 Austin, Texas-based pianist/composer Peggy Stern has 30 years and 12 recordings to her considerable credit. Her repertoire knows no perimeter, and includes mainstream jazz, bossa nova, and most of all, her own finely crafted compositions. For her lucky 13th release, Z Octet Stern turns in a ten-piece recital of chamber music. Again defying categorization, this is ... 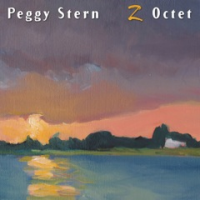 Finding inspiration in the physical surroundings of her current hometown of Austin, Texas, and drawing upon what jazz critic Harvey Pekar called her “fertile imagination” as a pianist, composer, and arranger, Peggy Stern has recorded the deepest and most personal album of her distinguished career, Z Octet. Comprised of several of her most poignant compositions, the ... 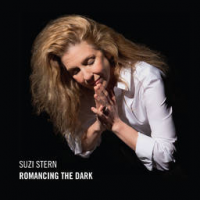 When a jazz singer is able to combine skills as a poet, composer, arranger and singer, what type of music is the result? Folk/Jazz/World; but of course! That is the underlying theme throughout Suzi Stern's CD, Romancing the Dark. The Austin based singer has a diverse history of collaborations, working with artist such as: Joe Henderson, ...